Famous acting coaches who served in the military 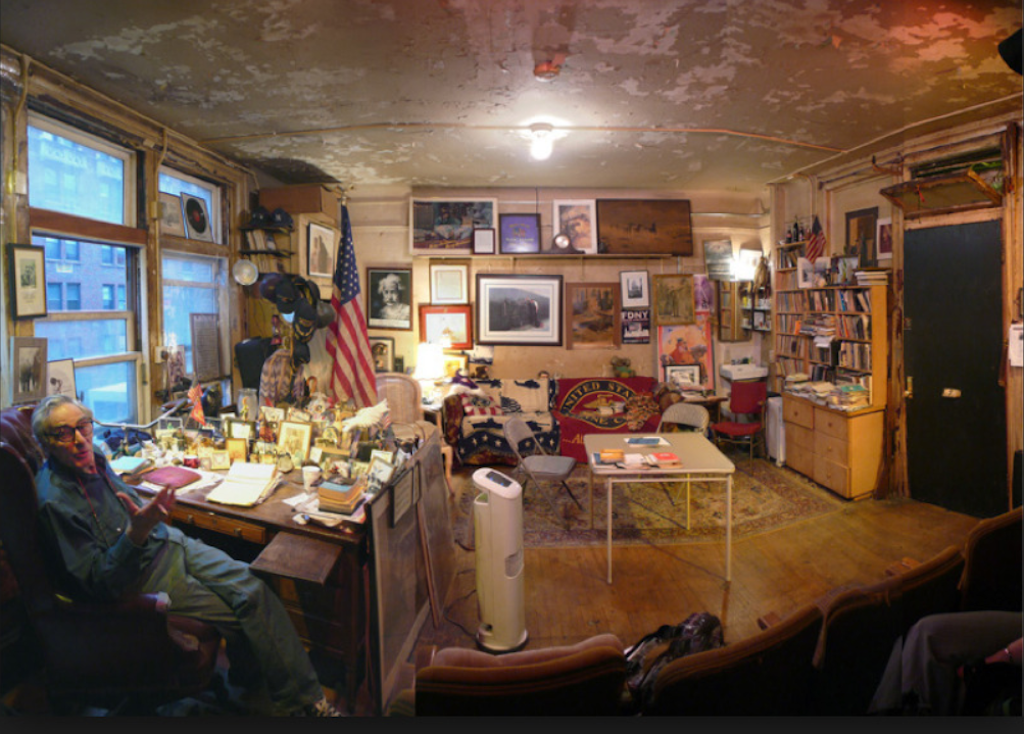 Actors grace the stage, silver screen and now the streaming videos of your choice, usually with years of training and experience. Many times we see these people do great feats of intimacy in a single bound. Such a superhuman form of intimacy is rarely if ever seen or allowed, through societal norms, outside of a stage, set, acting class or intimate moment with loved ones. We may or may not realize that these thespians have been influenced by an acting teacher, if not many. Even the best had to start somewhere. Well, here are some famous acting coaches you may have heard of and some of those you may not who influenced actors after their time in military service.

These are famous acting coaches who served in the military

Wynn Handman made his career after serving in World War II in the Coast Guard. He studied at The Neighborhood Playhouse School of Theater in NYC and directed lots of plays at The American Place Theatre such as Manchild in the Promise Land, I Stand Before You Naked, Drinking in America, Free Speech in America and Bibliomania. The American Place Theater was the place to be at in the 1960s, 70s and beyond. It was the place where many creatives took flight such as Sam Shepherd, Eric Bogosian, Ellen Barkin, Roscoe Lee Brown, Connie Britton, Raul Julia, Mira Sorvino, Denzel Washington, Mary McDonnell, Dustin Hoffman, Sam Watterson and Sigourney Weaver.

He taught acting for over 50 years including such actors as James Caan, Richard Gere, Michael Douglas, Faye Dunaway, John Leguizamo and Christopher George. A 2019 documentary about his life and career is titled It Takes a Lunatic. It’s worth a watch and you can see the impact Handman had on so many creatives that currently influence our culture.

Robert Xavier Modica taught acting for over 50 years and his students include Marian Seldes, John Doman (a Marine), John Turturro, Ali McGraw, Jennifer Beals, David Duchovny, Tyne Daly and Rachel Ward. He taught acting with Sandy Meisner at the Neighborhood Playhouse for 25 years and then at his Carnegie Hall studio for 50 years. He appeared in films such as The Rain People by Francis Ford Coppola and Love Story by Arthur Hiller. He also appeared in famous TV shows such as Kojak and The Equalizer.

He served in the Marine Corps during the Korean War before his acting career and teaching. Modica’s service was with Easy Company 2nd Battalion, 7th Marine Regiment, 1st Marine Division. He was meritoriously promoted to corporal in the field and earned the Combat Action Ribbon, United States Marine Corps Medal, Presidental Unit Citation, Korean Service Medal, National Defense Medal and many more. Quite a Marine who trained some of the best actors of the last 60-plus years.

James Lipton was a mainstay with the Actors Studio Drama School at Pace University for decades and served as its dean emeritus later in life. He hosted Inside the Actors Studio on Bravo for decades as well with many fantastic and insightful interviews to boot. Some of which include Robin Williams, Julianne Moore, Dave Chappelle, Amy Poehler and Bradley Cooper. He helped make Will Ferrell famous as Ferrell did funny impersonations of Lipton on SNL. Lipton served in the U.S. Army Air Corps in World War II for a short period until the war ended.

He initially wrote for soap operas such as Another World, Guiding Light, Return to Peyton Place and Capitol. He acted on Broadway in The Autumn Garden and appeared in such TV shows as Arrested Development, According to Jim and Saturday Night Live. Lipton even produced some Bob Hope specials such as Bob Hope Salutes the U.S.A.F. 40th Anniversary and Happy Birthday, Bob. A well-round acting coach and professional who brought many great stories to the screen and stage.

William Esper was a disciple of Sanford Meisner and a teacher to many great actors such as Kim Basinger, John Malkovich, Jeff Goldblum, Sam Rockwell, Tracee Ellis Ross and many more. His career spanned more than six decades as an artist and teacher. Esper served in the U.S. Army in the 1950s. Post his service he studied at the Neighborhood Playhouse School of the Theater with Sandy Meisner and had an extensive career in training actors alongside Meisner.

He based his training on Meisner’s “reality of doing” and founded the BFA and MFA programs at Rutgers University’s Mason Gross School of the Arts. Further students of his include Paul Sorvino (Army veteran), Calista Flockhart, Joe Lisi (Marine veteran), Larry David, William Hurt, Patricia Heaton, Aaron Eckhart and Mary Steenburgen. Another fine acting coach and mentor with a military background.

The American public and Hollywood are most familiar with Blake Lively, however, her father has an interesting personal and professional history. He is the father of Eric, Robyn, Lori and Blake Lively as well. Before his Hollywood and acting coaching success Lively served in the Marine Corps as an officer in Vietnam. He left the service as a Captain and turn his hand to acting.

His career in Hollywood took flight on such shows as The Waltons, McCloud, Fantasy Island, Dukes of Hazzard, Hill Street Blues, Falcon Crest, Quantum Leap, Baywatch, The X-Files, JAG and in movies such as Turner & Hooch, An Innocent Man, Hard to Kill, Air America, Showdown in Little Tokyo, Passenger 57, Fire Down Below, American Pie 2, The Sisterhood of the Traveling Pants 1 and 2. Throughout his acting career, he also coached such working actors as Brittany Murphy, Kristy Swanson, Scott Grimes, Jason Priestly, Casper Van Dien, Tamela Jones and Ian Bohen. It seems his military service may have led him to be not only successful in front of the camera but also behind it in being able to teach and inspire students to be better actors.