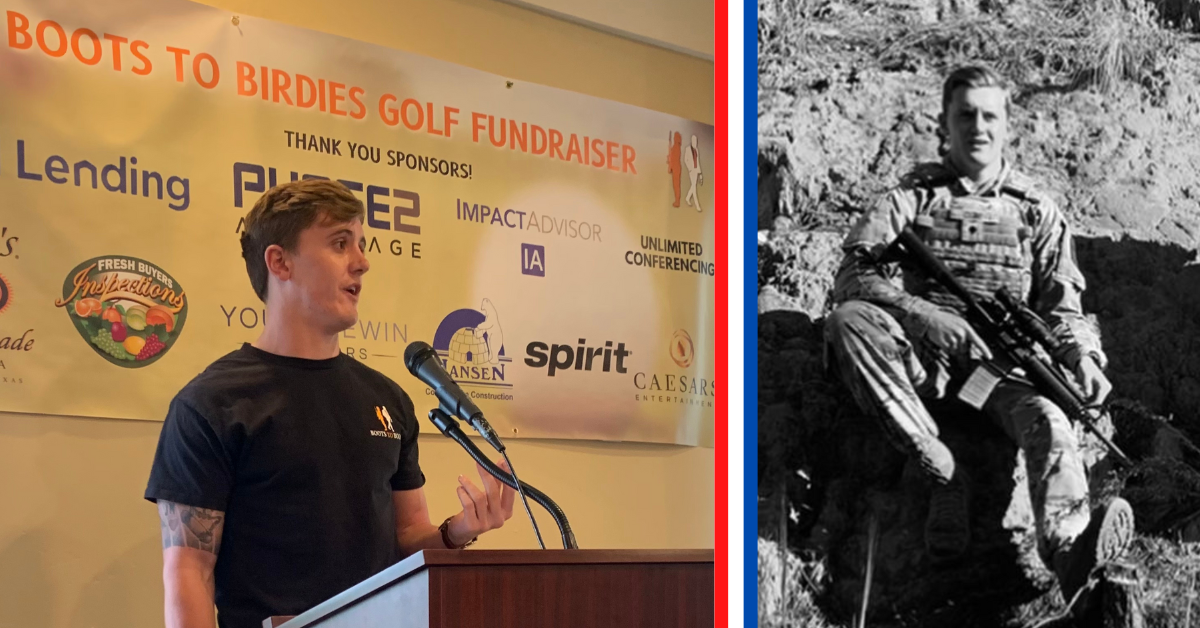 Transitioning out of the military community can be both daunting and overwhelming. One nonprofit organization is working hard to make the move smoother.

Peter Cline enlisted in the Army right out of high school in 2017. “I had two brothers in the service and one who was in the theater. There was definitely no pressure either way for me to join,” he shared.

At the time, he felt like school wasn’t for him. After visiting his brothers at various events on base and seeing what they were doing with their lives, Cline felt the calling to serve.

“I knew there was something bigger than myself I wanted to do and I hated sitting in a classroom. I needed some excitement after graduating so I found myself in the Army recruiter’s office and took the ASVAB,” he explained. Though the recruiter tried to convince Cline to apply for a number of jobs, he was insistent on one: infantry.

“He tried really hard to get me to change my mind,” he laughed. “I went from basic training at Fort Benning to being assigned to the operational side. I had really great leaders and got to compete in a lot of amazing competitions which led to me being chosen as the NCO of the year.”

When his contract was up at the end of 2020, Cline decided to transition out of the service. “I thought it was going to be easy but it was anything but,” he added.

Compiling his skills, abilities and accomplishments in the Army into a resume or application for college proved much more difficult than he had imagined. “I think people do recognize the value but I just didn’t realize how much work would have to be put in on my end of translating it,” Cline said.

At first, he tried to figure it out himself. “I was pretty prideful in the beginning,” Cline admitted. “I did basically everything that you would now advise transitioning service members or a military spouse not to do. Like having a blanket resume, no professional network or a target role. I was just horribly misguided. I realized at some point after not hearing back on this resume and realizing my college application was just remaining stagnant, I needed to reach out to someone.”

In his case, he chose to reach out to a high school friend who wasn’t a part of the military community and had become highly successful in the private sector. It would be his friend’s honest “outsider” feedback which would change everything. It led to an academic scholarship to his top choice school and unique employment opportunities.

“We pretty quickly realized that someone who is accessible for personalized help towards really competitive education for veterans and employment opportunities, like he gave me, wasn’t out there. The creation of Boots to Books was really based around the way that he helped me and became something we wanted to duplicate for more people,” Cline shared.

Boots to Books is a nonprofit organization which offers assistance for higher education, professional certifications and employment. The organization also offers virtual hiring fairs, mentoring sessions and opportunities for military community members to grow into life after service.

“If people are selected we will fund the complete cost of their certification, including their books. Then we’ll pair them with someone who’s done the certification in the past. If they need help we’ll also be giving them resume interview prep the entire time they’re learning,” he shared.

Cline runs Boots to Boots alongside that high school friend, Aubrey Sine, and another fellow veteran, Chimera Gonzalez. The free opportunities they’re offering to veterans and military spouses have led to extraordinary testimonials from former participants.

While the organization is proud to serve all levels of veterans, Cline is appealing to the junior enlisted folks. This is due to the fact that without a military retirement, they’re need for support outside of the service may be greater than a more seasoned veteran to secure that dream job or acceptance into school.

“I just want it to be abundantly clear to everyone that these amazing opportunities, these really competitive schools and competitive jobs like Oracle, Accenture and Amazon, they’re really attainable,” Cline said. “I think that’s the big thing we want for the veteran and milspouse population to realize that if there’s a goal you have to shoot for, you don’t have to go at it alone. Let us help you.”

To learn more about Boots to Books, click here.