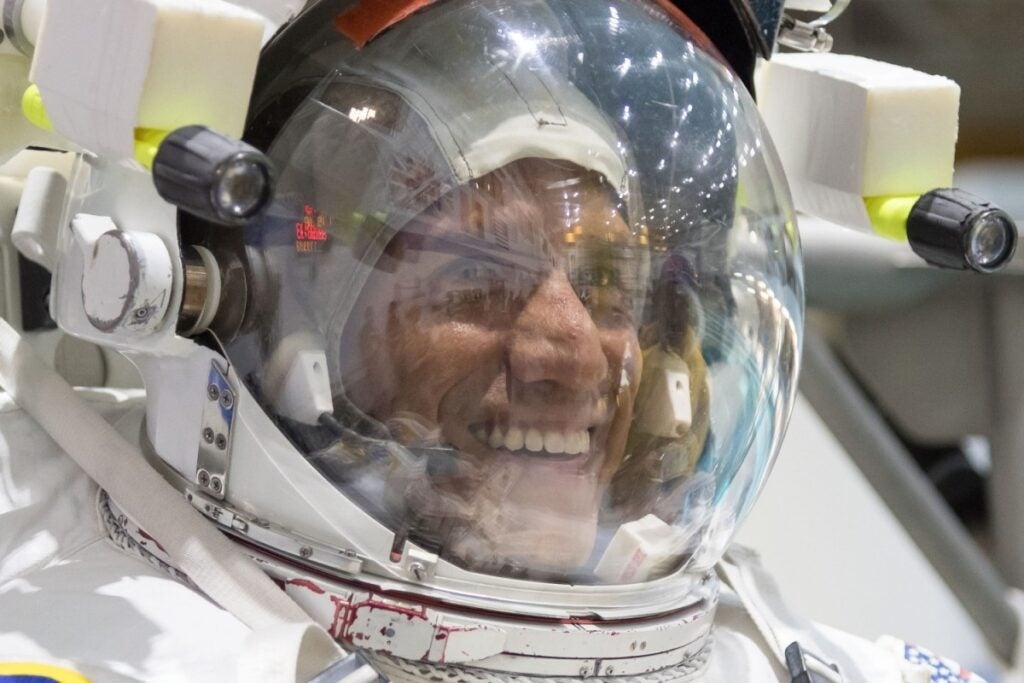 Army Lt. Col. Francisco “Frank” Rubio was selected for NASA astronaut training in 2017. On September 21, 2022, Rubio is scheduled to launch from the Baikonur Cosmodrome in Kazakhstan aboard Soyuz MS-22 to the International Space Station. Prior to becoming an astronaut, Rubio’s esteemed Army career included serving as a combat helicopter pilot and as a doctor.

Rubio was born in Los Angeles, California, but his family moved back to their native country of El Salvador for the first six years of his life. Afterwards, the family returned to the United States and settled in Miami, Florida where Rubio attended high school. He credits his success to his mother. “One of the most important things that my mom taught me as we were growing up is that, despite the challenges we faced, it was never an excuse,” he said told the Army News Service. “I had to work at things and move forward, and fortunately, that instilled a really good work ethic.”

Rubio earned an appointment to the United States Military Academy where he studied international relations. In 1998, after commissioning as a 2nd Lieutenant, Rubio attended flight school at Fort Rucker, Alabama and qualified as a UH-60 Blackhawk pilot. However, he had no intention of making a career of the Army. “I went into [the Army] thinking I’m going to do my five years and get out and have a long civilian career, and I ended up loving it,” he said. “Every day you come to work and you’re facing a new challenge in so many different ways. So, what I thought was going to be five years is now going on 25 years.”

After earning his wings, Rubio served as a platoon leader in the 82nd Aviation Regiment and later as a company commander with the 3rd Aviation Regiment. He has logged over 1,110 flight hours, including 600 combat hours in Bosnia, Iraq and Afghanistan. In addition to his qualifications as a pilot, Rubio earned his certification as an Army Jumpmaster and has conducted over 650 freefall skydives as a member of the West Point “Black Knights” Parachute Team.

Rubio expanded his Army career and attended medical school. In 2010, he earned a Doctorate of Medicine from the Uniformed Services University of the Health Sciences. His family medicine residency was completed at Fort Benning, Georgia. Rubio remains a board-certified family physician and flight surgeon. He served as a clinic supervisor, executive medicine provider and flight surgeon at Redstone Arsenal, Alabama before becoming the battalion surgeon for 3rd Battalion, 10th Special Forces Group (Airborne) at Fort Carson, Colorado.

In 2017, Rubio was one of 12 applicants selected out of 18,000 to attend astronaut training. He completed the rigorous two-year course and was later selected to serve as the flight engineer for Expedition 68 to the ISS. Over his military career, Rubio has earned two Bronze Stars as well as the Senior Aviator, Pathfinder, Air Assault, and Airborne badges.