Today in military history: Washington drives Brits from Boston - We Are The Mighty 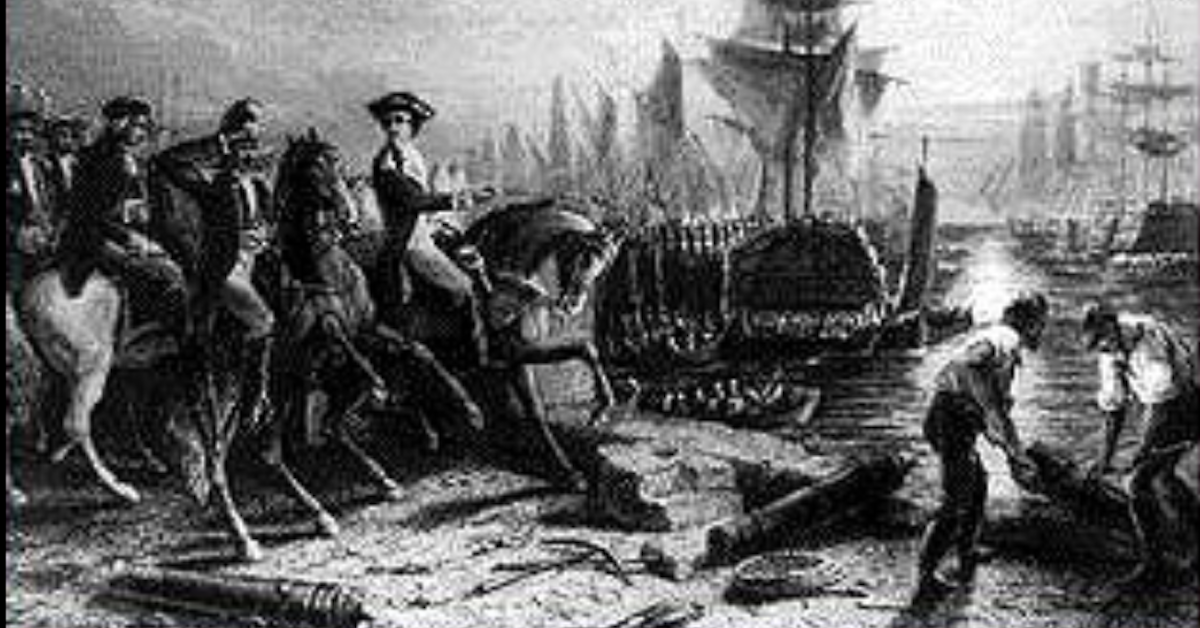 On March 17, 1776, British forces were driven from Boston by General George Washington.

Boston had been occupied by the British for eight years. Pre-revolution tension in the city escalated colonial frustration, including events like the Boston Tea Party in 1773, when a group of colonists boarded three British ships and dumped thousands of dollars of tea into the Boston Harbor to protest Britain’s harsh taxation without representation, or the Boston Massacre when Loyalists and Patriots fought in the streets and five colonists were killed by British officers.

During America’s war for independence, Washington set his sights on the town and on the evening of March 4, 1776, he ordered Patriot General John Thomas to take it.

Revolutionary cannons besieged Boston near the outskirts of the city to cover the sounds of construction as Thomas and 2000 men fortified Dorchester Heights. The Patriots successfully placed artillery and cannons to the south of Boston and on March 17, 12,000 British troops, civilians, and Royalists were forced to retreat by ship.

To this day, Boston celebrates the end of the siege with a holiday known as Evacuation Day. Schools and government offices close down — and the fact that it also falls on St. Patrick’s Day is pure coincidence, surely.

Featured Image: An engraving depicting the British evacuation of Boston, March 17, 1776, at the end of the Siege of Boston.