5 times soldiers won against the odds - We Are The Mighty

5 times soldiers won against the odds 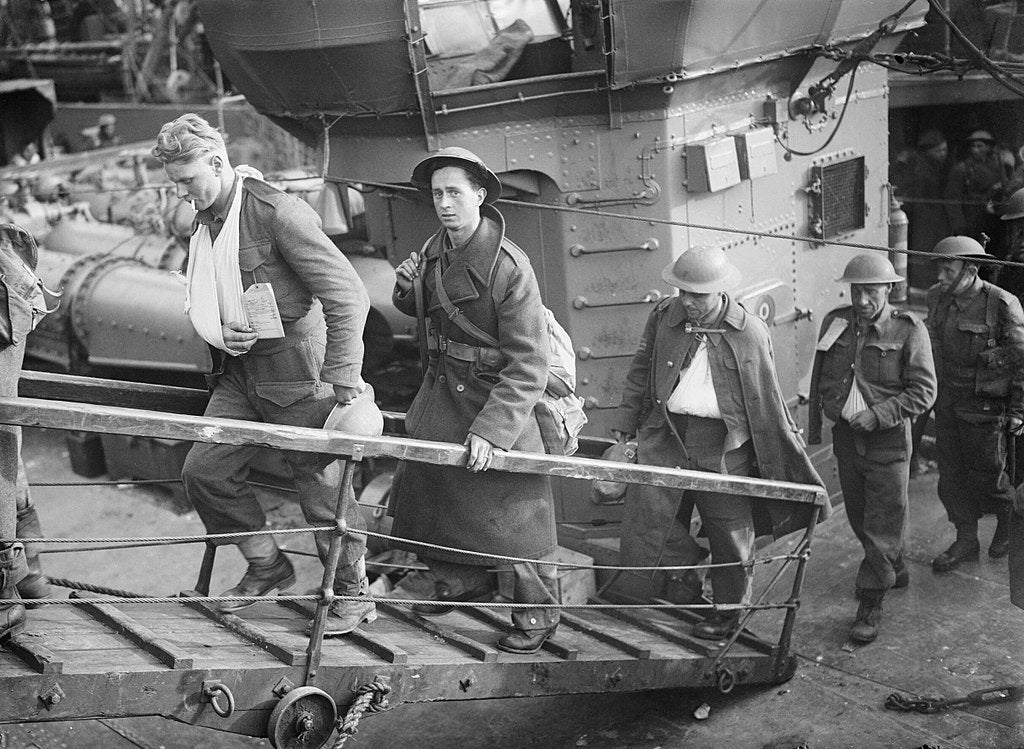 One of the better-known assumptions about combat is that the side with the greater numbers usually wins. Seems pretty self-explanatory, right? Being outnumbered puts you at an automatic disadvantage. Still, other factors, like experience, equipment, tactics and even weather come into play. Here is a list of famous clashes throughout history with unlikely resolutions.

In World War 2, during the height of Hitler’s aggression, British, Canadian, French and Belgian troops had been forced onto the beaches of Dunkirk, France, by the advancing German army. Since most of the escape routes to the English Channel had been severed, a slaughter seemed imminent.

So Winston Churchill came up with a plan. During “Operation Dynamo,” destroyers and transport ships were sent to evacuate the troops from the beaches. They wouldn’t have been enough, but civilians pitched in to help. Roughly 700 civilian-owned vessels joined the rescue mission. Hitler also decided to pause the attack for three days, allowing over 300,000 people to be safely returned to Britain between May 27th and June 4th.

King Henry V’s famous victory over the French was the decisive battle in the Hundred Years’ War. Due to the terrain (a recently-plowed field surrounded by woods), with foot soldiers in the center flanked by wedges of archers wielding longbows, the numerically superior French forces were handicapped. Because they were narrowed at the front of their ranks, they couldn’t mount any maneuvers that could overwhelm the English forces.

When the battle commenced on the morning of October 25th, it was over in a short three hours with an unexpected win for the British. France was crippled and a new period of English superiority began in the war.

Everyone knows the name Hannibal. This story might remind you why he was such a legend. The famed Carthaginian general arrived early at the battlefieldvnear Cannae – an ancient village in southeastern Italy. Despite being greatly outnumbered by the Romans, he easily defeated them using his superior skills of strategy.

He sent his 50,000 troops to guard the Aufidus river, depriving his opponents of water in the sweltering August heat. Hannibal further took advantage of the terrain by forcing the Romans to face south, where the heat, wind, and blowing grit ground them down even further. Though Roman Consuls Lucius Aemilius Paullus and Gaius Terentius Varro brought nearly twice the men of their opponent, many in the ranks were relatively inexperienced, which further contributed to their loss.

This victory of the confederates over a Union force twice its size during the American Civil War “was the contest that put Confederate leader Robert E. Lee into the pantheon of great military generals.” The new young general on the Union side, Joseph Hooker, fell prey to bad luck and poor strategic decisions that gave Lee the advantage. For starters, he sent most of his cavalry ahead to raid in Virginia, depleting his reconnaissance force. Lee’s information about the Union troop positions was much keener, and to top it off Hooker’s German troops defected at a crucial moment. A combination of Lee’s audacity and Hooker’s timidity won the day for the confederates.

The brazenness and ingenious use of deception on the part of German SS Officer Fritz Klingenberg enabled a small force of German troops to capture the Yugoslavian capital of Belgrade during World War 2. Following a long campaign of bombing runs by Lutwaffe planes, Klingenberg first tried to ferry a large force across the Danube river in a motorboat to capture the city, but became stranded with only six troops when the boat sank.

Undeterred, the skeleton crew headed to the heart of the city, capturing Yugoslavian troops and trucks along the way. They replaced the Yugoslavian national flag with the German one, and upon meeting with Belgrade’s mayor, Klingenberg bluffed that they were only a fraction of a much larger invading force, and would resume bombing if necessary. When backup German troops arrived on April 13, 1941, they were shocked to discover that the city had already been taken.

Through this string of shocking victories, we can learn an invaluable lesson that every member of the military likely already knows; don’t give in to defeat until the battle is over. Until then, use every ounce of courage and tact, and you just might live to tell the tale.