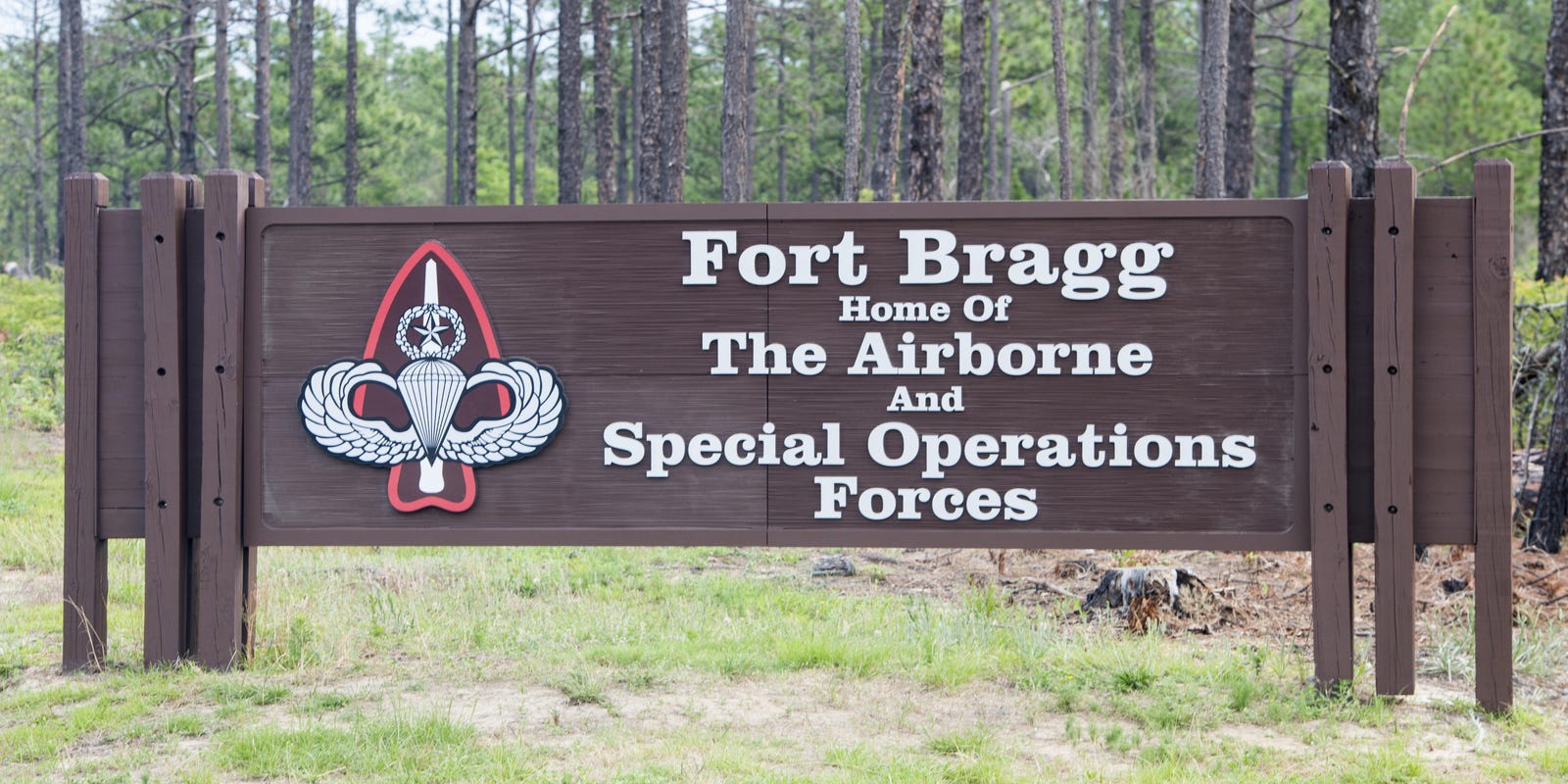 Fort Bragg, North Carolina, is famous as the home of the Army Airborne and Special Operations Forces. Named after North Carolina native General Braxton Bragg, it was one of a series of Army bases that came under scrutiny for honoring Confederate military leaders. With the passage of the National Defense Authorization Act for Fiscal Year 2021, the bases were designated to be renamed. The Naming Commission, assigned to examine the bases and report back to Congress, recommended that Fort Bragg be renamed Fort Liberty.

The renaming of Fort Bragg attracted much attention with the Naming Commission’s recommendation to name the base after an American value rather than a person. Admittedly, the commission listed other renaming candidates including Army Special Forces Medal of Honor recipients like Master Sgt. Roy Benavidez, Master Sgt. Gary Gordon and Sgt. First Class Randall Shughart. However, the recommendation of Fort Liberty has the support of prominent Army leaders like Maj. Gen. (ret.) Rodney Anderson and Gen. Dan McNeill, both of whom have publicly voiced their opinions.

Beyond the unconventional naming, the change to Fort Liberty has drawn criticism for its estimated cost. In an August 2022 report to Congress, the Naming Commission noted that renaming of all of Fort Bragg’s assets to Fort Liberty will cost approximately $6,374,230. While this cost is not exclusive to the renaming of Fort Bragg, it must be noted that there was a much cheaper alternative not suggested by the Naming Commission: rename the base for the other General Bragg.

When word of the attack on Fort Sumter reached Bragg in 1861, he was actively defending a murder case in Oshkosh, Wisconsin. After requesting a recess, Bragg immediately returned to Fond du Lac where he made an address in the city and raised a company of volunteers to serve in the Union Army. Shortly thereafter, he raised another company of volunteers and was selected to serve as its captain. “Bragg’s Rifles,” as the company came to be known, was designated Company E of the 6th Wisconsin Volunteer Infantry Regiment.

As part of the 6th Wisconsin, Bragg joined the Iron Brigade of the Army of the Potomac and participated in nearly all of the unit’s battles during the Civil War. While drilling and preparing for battle, Bragg was promoted to Major in September 1861 and Lt. Colonel in June 1862. Later in August, Bragg participated in a Union raid that destroyed two miles of Confederate railroad tracks in Central Virginia. He fought in the Second Battle of Bull Run, during which he took command of the 6th Wisconsin after the regiment’s colonel was wounded. Bragg commanded the regiment for most of the next two years.

During the Battle of Antietam in September 1862, Bragg was wounded but continued to direct his men until he collapsed. He was brought to the rear, treated, and returned to his regiment later the same day. Bragg went on to command the 6th Wisconsin during the Fredericksburg and Chancellorsville campaigns and was promoted to colonel. However, he fell ill after Chancellorsville and was forced to give up command of the regiment during the Gettysburg campaign.

For the rest of 1864 and into early 1865, Bragg commanded the Iron Brigade during the Siege of Petersburg. It was early in the site that Bragg received word of his promotion to brigadier general, effective June 25, 1864. During the siege, Brig. Gen. Bragg commanded his brigade through a series of battles, including a successful raid on Confederate supply lines. His last action of the war was the Battle of Hatcher’s Run on February 6, 1865. During the battle, the Iron Brigade suffered heavy casualties and had to be reorganized.

Bragg was called back to Washington, D.C. and was later assigned to Baltimore where served for the remainder of the war. He was mustered out of the Army on October 9, 1865. Bragg returned to Fond du Lac and resumed his legal practice. He went on to serve four terms in the U.S. House of Representatives. Bragg also served as the U.S. Minister to Mexico during Grover Cleveland’s presidency and consul-general to the Republic of Cuba and British Hong Kong under President Theodore Roosevelt.

Notably, Bragg never met his Confederate cousin in battle during the Civil War. While his military career may not have been as notable as other leaders, his extensive service to the country as a soldier, congressman and diplomat cannot be discounted. By renaming Fort Bragg for him, the Army could bring attention to an American who dedicated most of his life to public service while saving taxpayer dollars.