Today in military history: Battle of the Somme - We Are The Mighty

Today in military history: Battle of the Somme 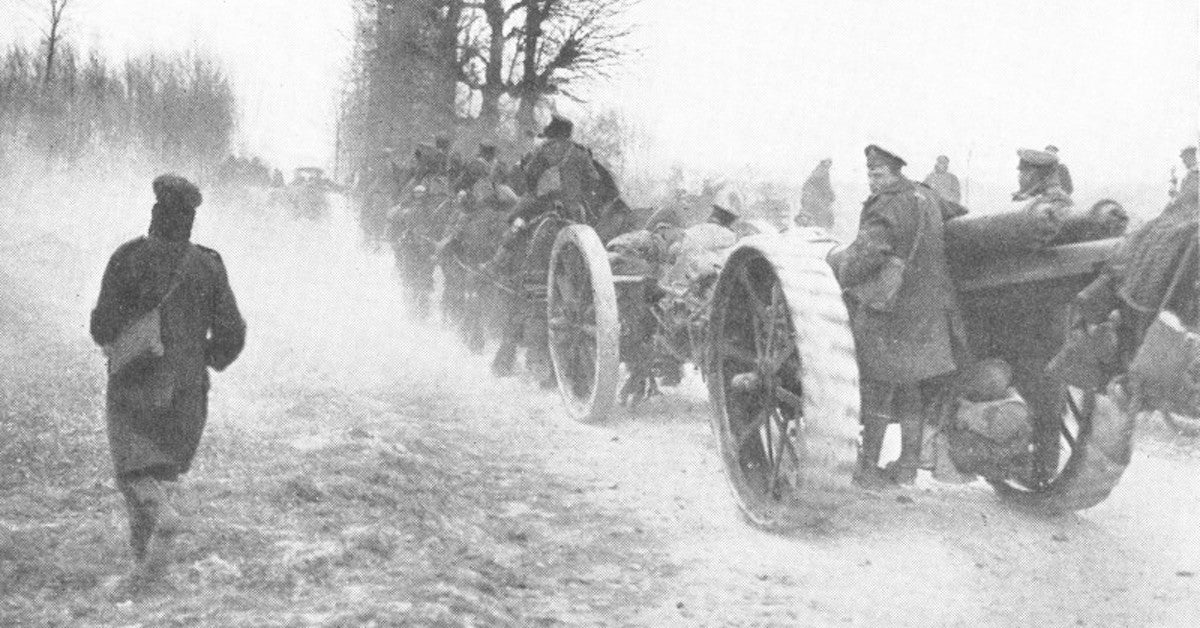 On March 21, 1918, Germany launched its first major offensive in over a year.

Known as the Battle of the Somme in World War I, the Germans bombarded the British Fifth Army relentlessly with over 9,000 pieces of artillery. The offensive was also called the Kaiserschlact or Kaiser’s Battle, and codenamed Operation Michael. According to the U.S. Army Center of Military History, “A breakthrough at this point would separate the French from the British, push the latter into a pocket in Flanders, and open the way to the Channel ports.”

For over a week, the British retreated toward Paris as the Germans shelled the city. Both armies, however, were ill-prepared for the brutal campaign and exhausted, but the Allies were supported by reinforcements.

By the time the Somme offensive ended on April 4, the Germans had suffered 239,000 casualties and the British suffered 177,739, making the 40-mile advancement a hard-won achievement for Germany.

Featured Image: Photograph of British 60 pounder Mk I Gun being towed at speed – note blurred wheels, cloud of dust, trotting horses, anxious appearance of crew. The steel traction engine wheels identify this as a Mk II carriage. The caption in “Kaiserschlacht 1918” by Randal Gray correctly describes this scene as occurring during the British retreat forced by the German attack on the Somme of March 1918. The gun is incorrectly described as a Mk II in the book. The caption in “The Times History of the War” 1919 incorrectly described the scene as “British Guns Going Forward.”