Toys for Tots celebrates its 75th anniversary - We Are The Mighty 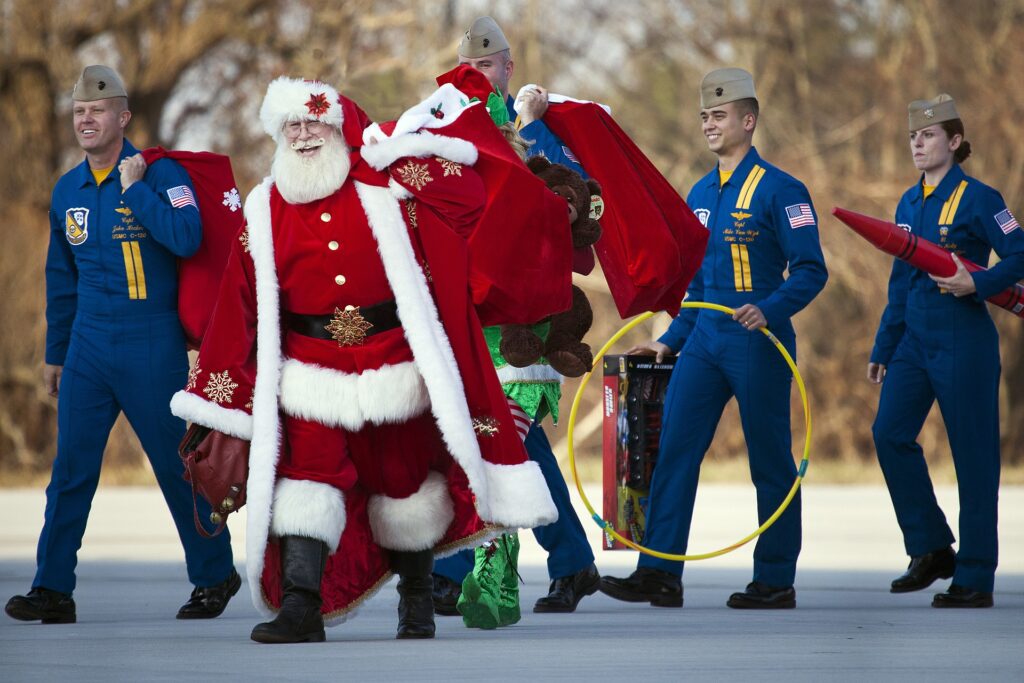 Every Christmas season, Toys for Tots boxes go up in communities across the nation. Generous donors drop toys off in these boxes which are then distributed to children whose parents cannot afford to buy them Christmas presents. The program, run by the United States Marine Corps Reserve, was founded by Major Bill Hendricks 75 years ago in 1947.

Hendricks actually got the idea for Toys for Tots from his wife, Diane. She wanted to donate homemade Raggedy Ann dolls, but couldn’t find an organization to donate through. At Diane’s direction, Maj. Hendricks worked with Lt. Col. John Hampton to establish a toy collection program. Together, the Hendricks and Hampton coordinated with other Marine reservists in the Los Angeles area to place collection bins outside of Warner Bros. Studios movie theaters. In total, the Marines were able to collect and donate over 5,000 toys for local children that year.

Since that first year of local Marines performing a charitable community service, Toys for Tots has become a 501(c)(3) non-profit charity that serves communities all over the United States. The program’s boxes and iconic red train logo, designed by Walt Disney Studios, have become synonymous with Christmas and charitable giving. In 1995, the Secretary of Defense approved Toys for Tots as an official mission of the Marine Corps Reserve. The next year, the commander of the Marine Forces Reserve authorized Marine Corps League detachments and other local organizations to operate Toys for Tots in communities without a Marine Reserve presence.

To celebrate the Toys for Tots program’s anniversary, Sergeant Major of the Marine Corps Troy E. Black released a video message highlighting and celebrating its success. “For the past 75 years, our Marines helped provide happiness and hope to disadvantaged children through the gift of a new toy during the holiday season, all made possible by the teamwork and donations of our community members throughout our nation,” Sgt. Maj. Black said. “I cannot emphasize enough how incredibly grateful I am to our community for the generosity and support they give to the Toys for Tots program.”

Since 1947, Toys for Tots has supported over 280 million children and families, gifting more than 627 million presents. Today, the program is able to bring the joy of a new toy to an average of 7 million less fortunate children each year. Toys for Tots operates in over 830 communities nationwide. Local campaigns can be found on the Toys for Tots website. Monetary donations can also be made online through the virtual Fill The Box Toy Drive.