The Annapolis Cup is a rivalry between the Naval Academy and St. John's

The Annapolis Cup is the unlikely croquet rivalry between the Naval Academy and St. John’s College 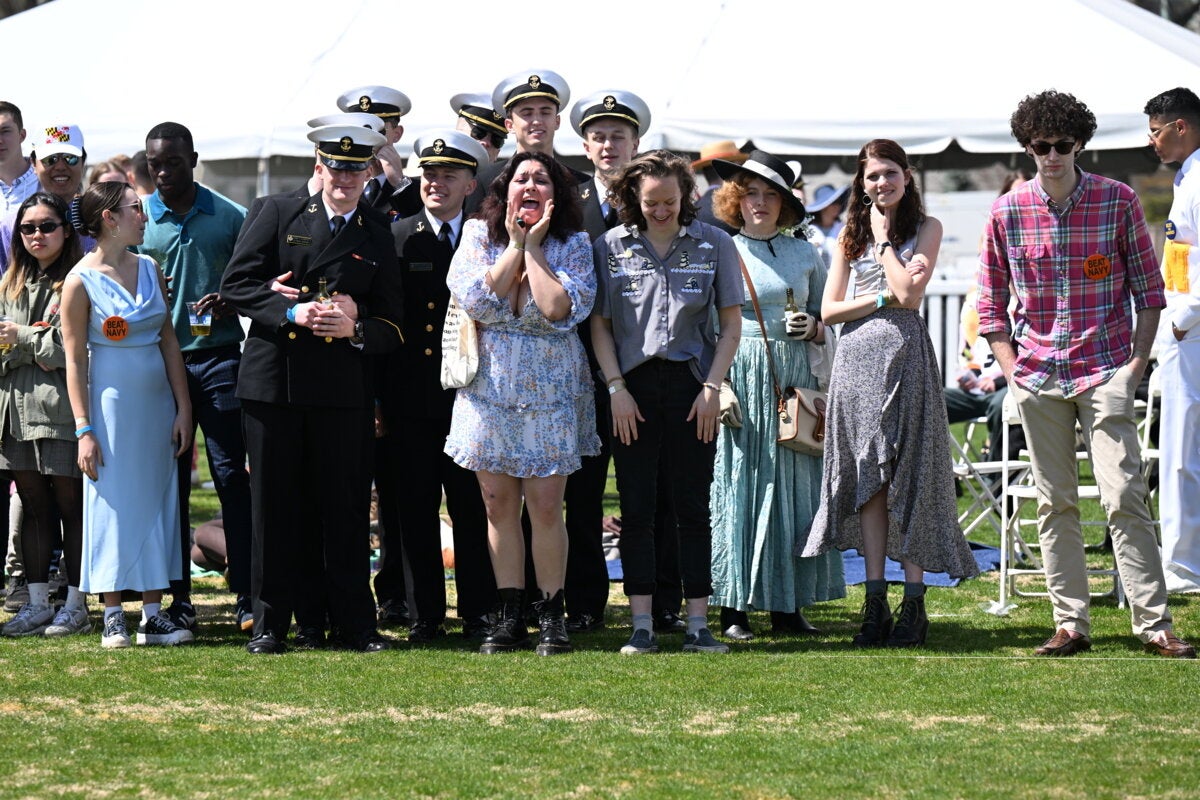 The Annapolis Cup is an annual event between the students of St. John’s College and the U.S. Naval Academy. The origins of the friendly competition stem from the early 80s in order to establish friendly relationships between the two schools. Ironically enough, despite being across the street from each other, the two student bodies rarely interact. The midshipmen from the U.S. Naval Academy won this year’s Cup after a two-year hiatus due to the pandemic.

What is the Annapolis Cup all about?

A fun and quirky tradition of the Annapolis Cup is that spectators like to dress in Roaring 20s attire in a lawn party setting. The event includes entertainment from the Freshman Chorus of St. John and the Trident Brass Band from the Naval Academy. The students at the Naval Academy have been known to dress up in different team uniforms that give a nod to the Academy’s Naval traditions.

The day before the match, the Johnnies have lunch with the Midshipmen at the Academy mess hall, where the Imperial Wicket for the Johnnies formally challenges the Midshipmen to a match. The match opens with music. The St. John’s Freshman Chorus sings and the Naval Academy Trident Brass band plays. The Johnnies emerge in their surprise uniforms. At 1 p.m., the ceremonial first ball is struck.

This year the midshipmen were able to break the Johnnies’ five year, back-to-back winning streak. While things can get intense on the court, everyone remembers to keep their ego in check and play with integrity and sportsman-like conduct. This whole affair started with a simple bet from the Naval Academy’s commandant that the midshipmen could beat any student at St. John’s in any sport. “What about croquet?” Well played, Johnnies, Well played.

How is croquet set up?

The match is between 12 players divided into two-person teams on a flat, level lawn with nine wickets. The players will set up two stakes at opposites ends of a field measuring 50′ by 100′ ft in length also called a court. After the stakes are placed, two additional wickets are placed directly in front, six feet from the stake and each other. The next set of wickets are placed 16 feet from the 2nd wicket diagonally, until they are six feet from the court’s edge but still aligned to each other. The next wicket is placed 32 feet from the 2nd wicket in the center of the court. The rest of the court is set up as a mirror image of the first half. You should be left with a double diamond pattern.

The order of play is color coded on the stakes to match the color of the balls and mallets. The first play is striking the ball while it is at rest between the first stake and the first wicket. The first player who scores their ball through all 14 wickets in the correct order wins. The order is from the first stake, through the two that are directly in front, the lower left diagonal, center, lower right diagonal, the two left most wickets, the stake itself, and back through the two you just came though, the top right diagonal, center, top left, the original two at the start and the final stake. It sounds more complicated than it is, once one is actually playing it, they pick it up quickly.

Players are allowed only one shot per turn unless they earned a bonus shot. These extra hits are award when a player clears a wicket but if a player clears two wickets in one hit they are award two bonus hits. Bonus hits of any kind compound up to a maximum of two. A player can only earn bonus shots again after clearing the next wicket or the start of your next turn, which ever comes first.

Annapolis Cup players may and often do, knock each other’s balls from the court in order to battle it out for first placed. If a player knocks another’s ball through a wicket, that player gets credit for it. So, be calculated about angles in a similar fashion to pool. If a ball or more than half of a ball, is hit out of bounds it is placed back in the court one mallet length from out of bounds.