Today in military history: US Army establishes ‘K-9 Corps’ - We Are The Mighty 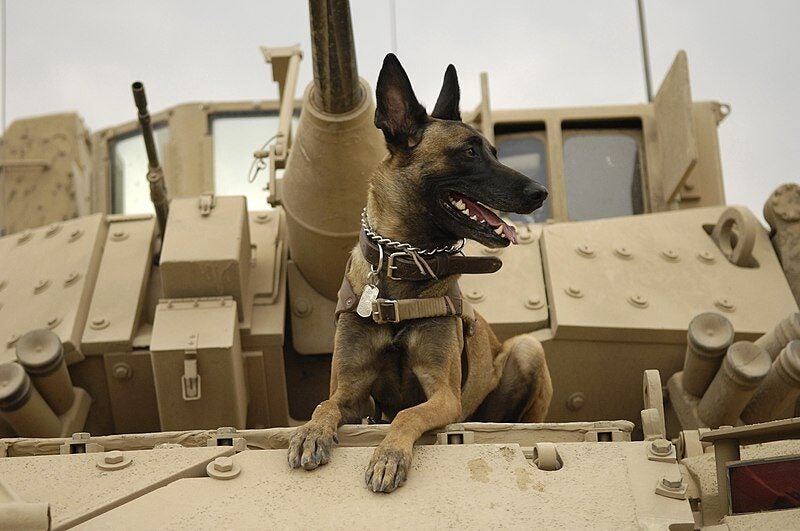 Dogs have a history in warfare dating back thousands of years. The United States military has utilized working dogs since the Revolutionary war. They were originally used as pack animals, carrying as much as forty pounds of supplies between units, including food, guns and ammo. Then during World War I, they were used for more innovative purposes, like killing rats in the trenches. However, it was during World War II that there was a surge in the use of military working dogs. The U.S. military deployed more than 10,000 working dogs throughout WWII and it’s estimated that a million dogs served on both sides of the conflict in the First World War.

These specially trained dogs were used as sentries, scouts, messengers, and mine detectors. It is estimated that there are approximately 2,300 military working dogs deployed worldwide today.

After the attacks of Pearl Harbor, the American Kennel Association and a group called Dogs for Defense began acquiring and training ideal candidates for the Quartermaster Corps of the U.S. Army.

The K-9 Corps trained its dogs for 8-12 weeks before submitting them to specialized programs where they prepared to work as sentries, scouts, messengers, or mine-detectors.

Today, the U.S. Military Working Dog Program deploys canines to support global U.S. efforts in various missions that include weapon and drug detection, tracking, attack, and security. They remain a vital and well-loved asset to the United States Armed Forces.

A few of the possible specialties these dogs can be selected for are sentry dogs, trained to warn their handlers with a growl, bark, or other alert when danger or strangers are nearby; scout and patrol dogs, trained with the same skills that sentry dogs are but in silence — their job is to aid in the detection of ambushes, snipers, and other enemy forces; casualty dogs, trained to search for and report casualties in obscure areas, and casualties who are difficult for parties to locate; and explosive detection dogs, trained to alert their handlers to the scent of the chemicals that are commonly used in explosives.