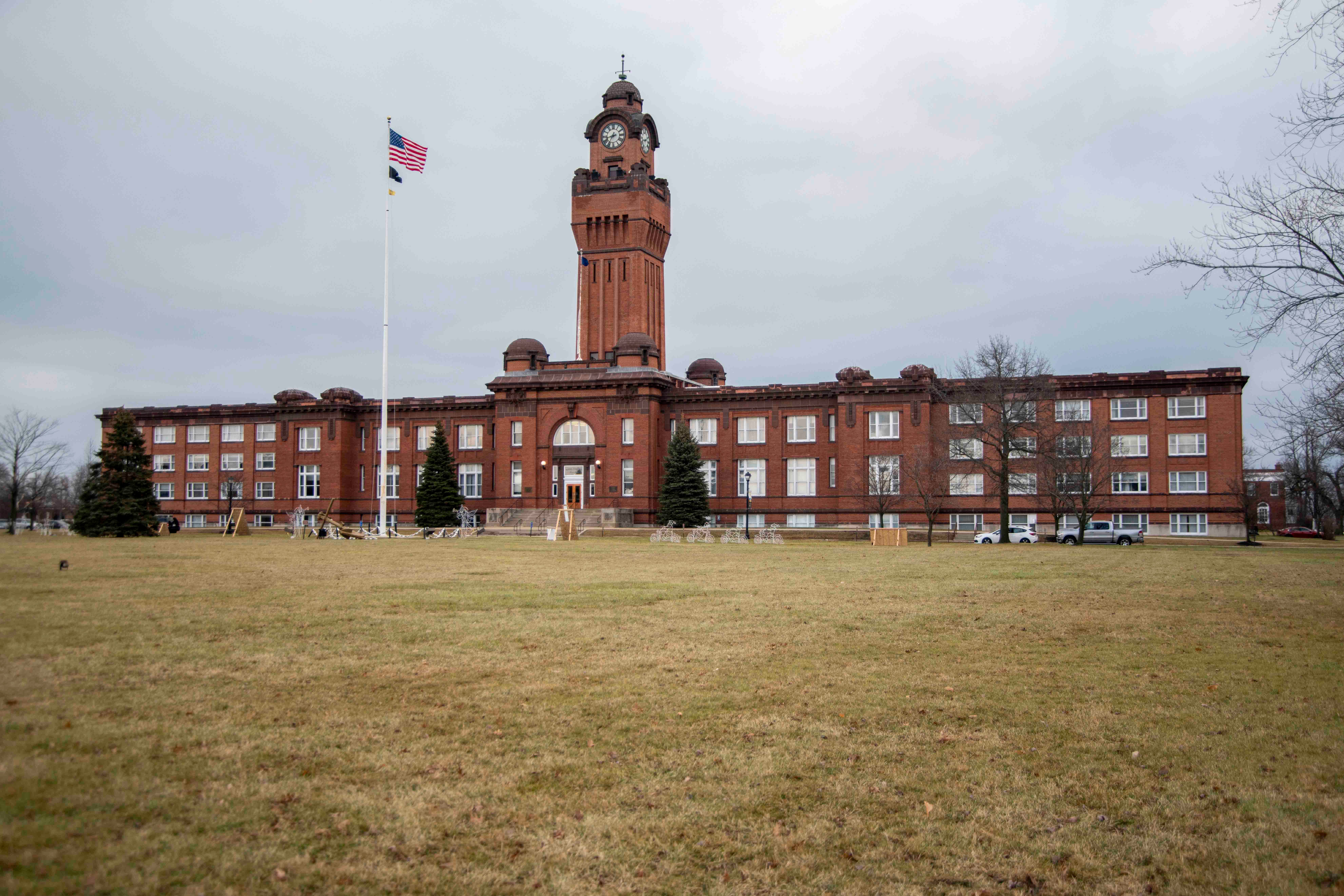 If you had to guess where the largest Navy training station is, would you guess Naval Station Great Lakes? Known as the “Quarterdeck of the Navy,” it’s nowhere near the ocean, but for over 100 years it’s been the go-to spot for all new sailors. In fact, it’s the Navy’s only boot camp! To date, NSGL has trained more than 2 million new sailors via the Recruit Training Command and tech schools embedded on the installations.

But what’s there to do? Well, if you’re there for basic training, you’ll be doing a lot of drilling and learning how to be a sailor. If you’re there for tech school, you’ll have a little more freedom, but not a lot of time. Since NSGL is the largest military installation in the state, it’s massive. There are more than 1100 buildings spread out over nearly 1,700 acres. Because of its size, the base really does operate as its own small town, boasting both a fire department and a police department. Read on to find out what to expect at Naval Station Great Lakes.

Naval Station Great Lakes is located on the shores of Lake Michigan, an hour north of Chicago and an hour south of Milwaukee. In other words, it’s going to be very, very cold. So prepare yourself ahead of time! Don’t skimp on buying that cold weather gear.

Naval Station Great Lakes can be reached by car using the following routes.

Driving from the south? Take I-65 N through Chicago.

Making the trek from the east? Take I-80 W through Chicago.

O’Hare International Airport (29.5 miles) is in Chicago and is served by all the major airlines.

Midway Airport (46.9 miles) is in Chicago and is served by Delta Air Lines, Southwest Airlines, and several other small airlines.

General Mitchell International Airport (49.5 miles) is in Milwaukee and is served by several major airlines and a few small airlines.

Driving would allow for easier trips to Chicago and Milwaukee, but be prepared for a long trip to get there!

Contacts at Great Lakes Naval Base

As the Navy’s only boot camp, it’s no surprise that Naval Station Great Lakes is all about its Recruit Training Command. There, civilians get transformed into smart, capable Sailors. Embedded at NSGL are more than 50 tenant commands, including the Military Entrance Processing Command, and the Naval Education and Training Command. The NETC is the largest on-shore command in the Navy and employs more than 24,000 military and DoD personnel.

Being the only boot camp in the Navy means Naval Station Great Lakes has its fair share of history. But what it’s really known for is being the location where the first thirteen Black Sailors commissioned as officers.

In response to civil rights protests, the Navy allowed Black men into general service for the first time in 1942. Then, in 1944 the Navy began an officer training program for 16 Black men who were at Naval Station Great Lakes. To ensure they couldn’t pass, the Navy reduced the training time from 16 weeks to just eight weeks. The cadets responded by covering their barracks windows and studying voraciously.

The entire group passed, and it should have been a joyous day.

Except the Navy didn’t believe them. So, the Pentagon made them all retake their final exams and again they all passed.

Notably, although all 16 passed, only 12 were commissioned as officers and one commissioned as a warrant officer. The Navy has never explained why the others did not commission. Some suggest it’s because this rate brought the pass rate of the Black officers in light with the average class of white candidates.

In 1987, Great Lakes cut the ribbon on the Golden 13 Recruit In-processing Center to honor what those first 13 Black naval officers went through.

Things to Do Around Naval Station Great Lakes

Sailors and other DoD personnel should count themselves lucky when it comes to food, thanks to NSGL’s proximity to Chicago! There’s so many options when it comes to places to eat that you’ll never run out of new cuisines to try. Of course the Windy City is known for its deep dish pizza, but don’t skimp on trying the Jibarto sandwich. That’s a Chicago-specific sandwich that’s a fusion of Puerto Rican flavors and features mouth-watering steak, garlicky mayo, fresh tomatoes, lots of onions and cheese. Oh, and did we mention there’s a fried plantain inside?! Delivery choices are plentiful when you call Naval Station Great Lakes home, so be prepared to double up on your PT to counteract all the food you’re going to want to enjoy.

The Pritzker Family Children’s Zoo (36.1 miles) has hands-on programming and exhibits along with several playgrounds and fun events for kids.

LEGOLAND Discovery Center (38.2 miles) has rides, 4D theaters, life-size mascots, a LEGO store, and millions of LEGO bricks with which you can build things.

There are plenty of options because NSGL is so massive. Look for housing in nearby Plainfield, Illinois, Kenosha, Wisconsin, or choose to live on base. As with most DoD installations, there’s privatized housing available as well.

Cost of living in this region isn’t as expensive as some DoD locations on the east coast, but it’s still pretty pricey. It might be most beneficial for you to explore privatized housing.

Hunt Military Communities offers housing to both DoD personnel and active duty Navy families in a variety of neighborhoods, so there’s sure to be something that fits your needs.

Of course, if you’re heading to NSGL for boot camp, you’ll be in the barracks. Speaking of boot camp, here are 7 universal experiences you can expect when you get there.

Single sailors attending tech school will also be housed on base in barracks. New arrivals who are TDY should call the Front Desk for lodging questions.

Because of its size, mil-kids who call Naval Station Great Lakes will have several school options, depending on where you live.

That means the best thing to do when you get orders to NSGL is call the School Liaison Office. The SLO will help guide you through the options and ensure your mil-kid finds the right school for them! For more information on school options, visit the Great Lakes info page.

What is the closest airport to Naval Station Great Lakes?

Chicago O’Hare International Airport is the closest airport at just 29.5 miles away.

How far is Naval Station Great Lakes from Chicago?

Naval Station Great Lakes is 38 miles from the Windy City.

Can retired military get on Naval Station Great Lakes?

Naval Station Great Lakes is over 1,600 acres and includes 1,153 buildings.