The complete Kirtland Air Force Base guide - We Are The Mighty 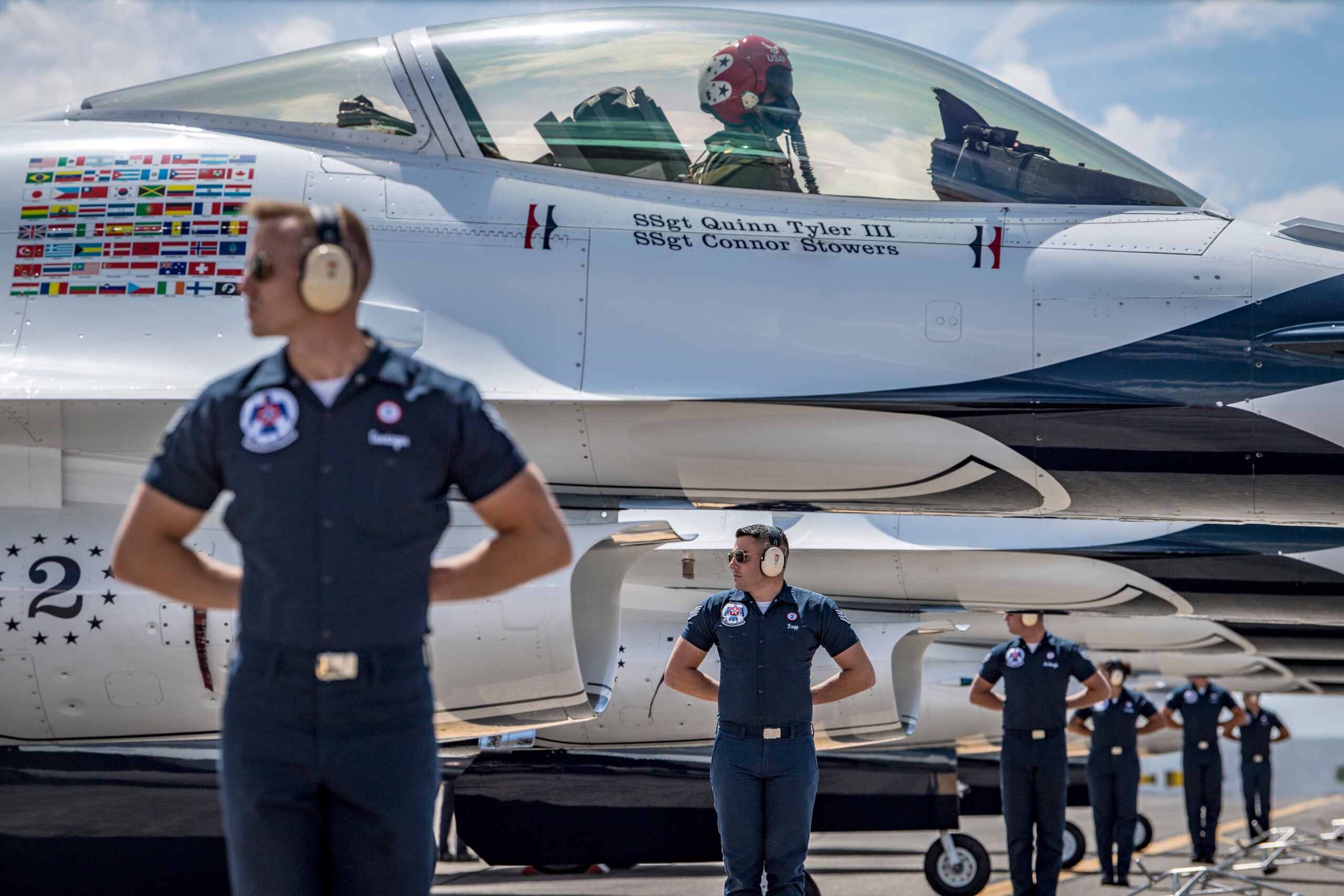 Ready to call Albuquerque home? If you’re PCSing to the Land of Enchantment and have questions about Kirtland AFB lodging or housing, this guide is for you. Kirtland was named for an early Army aviator – Col. Roy Kirtland. Since the military and the nearby international airport use the same runways, Kirtland is one of those rare birds that’s a joint civilian-military airport.

In fact, Kirtland is the largest Air Force Global Strike Command installation. Additionally, it’s the sixth largest USAF base. The installation employs over 23,000 people. That includes more than 4,000 active duty Airmen, over 3,000 Reservists, and nearly 1,000 Air National Guardsmen. Kirtland is also home to the AF Materiel Command’s NWC (Nuclear Weapons Center). NWC is responsible for keeping the DoD’s and Department of Energy’s nukes modern and sustained. so, if you’re looking for info about Kirtland AFB jobs or the Exchange phone number, look no further. This guide has it all!

Kirtland Air Force Base is located in the southeast section of Albuquerque, New Mexico.

Kirtland AFB can be reached by car using the following routes.

Heading in from the north? Take I-25 S, follow signs for Kirtland AFB

Driving from the south? Take I-25 N, follow signs for Kirtland AFB

Making the trek from the east? Take I-40 W, follow signs for Kirtland AFB

Coming from the west? Take I-40 E, follow signs for Kirtland AFB

Albuquerque International Sunport (10.1 miles) is served by most of the major airlines and flies to and from multiple destinations.

Driving: Of course, having a car would be ideal. That way you could easily travel around the city of Albuquerque and visit other parts of New Mexico. Albuquerque is centrally located within the state but will be a long drive from the east coast.

The missions of Kirtland Air Force Base fall into four major categories. These include research, development, and testing alongside readiness and training. Kirtland AFB is also mission driven to maintain munitions and support to base operations for more than 25 major mission partners.

The two most important units at Kirtland AFB are the 377th Air Base Wing and the Air Force Nuclear Weapons Center, established in 2006. The 377th Air Base Wing was activated in 1993. Some other units on site include the 498th Nuclear Systems Wing, the Air Force Research Laboratory, and the Operationally Responsive Space. There are also around 25 mission partners who are located in some capacity on base.

The 377th Air Base Wing is the host unit at Kirtland AFB. It was activated on January 1, 1993, when Air Force Materiel Command assumed responsibility for operating the base from Air Mobility Command. Currently, the wing’s mission is to conduct nuclear operations, organize, train, equip and deploy expeditionary forces, and operate, secure and support Kirtland AFB.

The Air Force Nuclear Weapons Center of Excellence was established on March 31, 2006. Airmen stationed at Kirtland aid in ensuring safe, secure, and reliable nuclear weapons are available to support the National Command Structure and Air Force. The AFNWC’s responsibilities include the acquisition, modernization, and sustainment of nuclear system programs for both the Departments of Defense and Energy.

The history of this base dates back to 1939, when some land was leased close to Albuquerque, next to the already existing airport, as a training facility for the military troops.

Over 5000 bombardiers were trained at Kirtland AFB during World War II for planes like the B-29, B-17, and B-24. After World War II ended, the base went under the jurisdiction of the Air Materiel Command in order to modify the existing aircraft to support various weapons, including nuclear armament.

In 1950, a plane with 13 service members and several nuclear weapons crashed close to the base. The fire was visible for over 20 km. Fortunately, the nuclear weapons didn’t detonate.

Compared to other bases, Kirtland outshines them all. In fact, it’s now the third largest installation in the Air Force Material Command (AFMC). The base occupies over 52,000 acres, so it’s pretty massive.

Things to Do Around Kirtland AFB

The National Museum of Nuclear Science & History (7.4 miles) is at the northeast corner of Kirtland AFB and is a great place to get a history of nuclear technology.

Like with all PCSing, the first thing you should do is contact your gaining installation’s Military Housing Office! The MHO can assist you in making the best choice for Kirtland AFB housing.

You also have the option of seeking housing in the local economy. The MHO office can provide more information regarding the Albuquerque rental/purchasing market.

What county is Kirtland AFB in?

Kirtland AFB is in Bernalillo County.

Can civilians live in Kirtland AFB and Albuquerque?

Does Kirtland AFB have nuclear weapons?

Yes, Kirtland AFB is the home of the Air Force Nuclear Weapons Center, so nuclear weapons are on base. Speaking of nukes, check out this list of the top 9 deadliest nuclear arsenals in the world.

Is the public allowed on Kirtland AFB?

Yes, with access approval, you can visit Kirtland AFB.