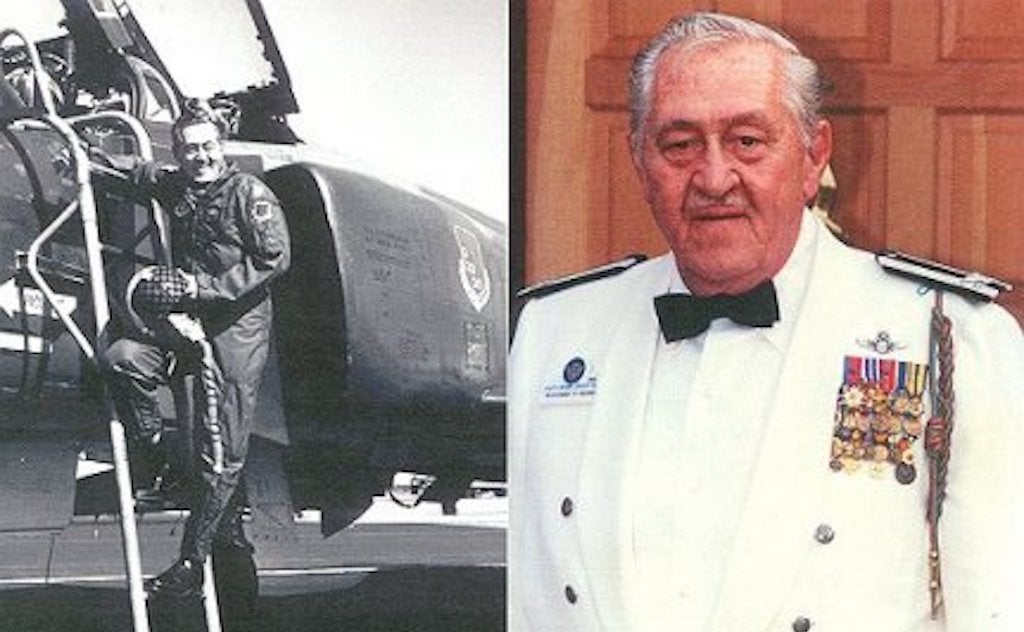 Like a lot of men who turned 18 during World War II, Richard Paul Keirn signed up to do his duty with the U.S. military. His choice was the U.S. Army Reserve in his native Ohio. He joined in November 1942, but within three months, he was accepted to the U.S. Army Air Forces Aviation Cadet Program, a move that would change his life forever. It would also lead to a gallant military career that would steal years from his everyday life. The claim to fame of this airman is being only one of two prisoners of war to survive being taken captive in both World War II and Vietnam.

Despite having joined the war in 1942, it would be almost a year and a half before Keirn, nicknamed “Pop,” would make it to the European Theater. Basic training, pilot training, flight officer school, and fighter classes all had to be finished before he began flying the B-17 Flying Fortress over Nazi-occupied Europe.

The airman had been flying with the 5th Air Force out of England for three months when he was sent on a bombing run over Leipzig in September 1944, his 14th mission over Germany. It would be his last. While over Leipzig, his B-17 took massive amounts of damage and he and his crew were forced to bail out.

When he landed, he was captured and hospitalized for weeks. Upon his recovery, he was sent to ​​Stalag Luft 1, in Barth, Germany. It was a Luftwaffe-run POW camp where he would spend the remainder of World War II. After 237 days of captivity, Stalag Luft 1 was liberated by the Red Army and Keirn could finally go home.

He was back in the U.S. in June 1945, a year after arriving in England. He married his wife, a Navy WAVE and received a promotion to second lieutenant. When the Army Air Forces became the U.S. Air Force, he stayed with the Air Force and joined the Ohio Air National Guard, flying single engine fighters, and eventually jet fighters.

In 1956, he was recalled to Active Duty, spending some of that time as an instructor pilot for the latest jet fighter aircraft. Over the next few years, “Pop” Keirn trained on the newest Air Force aircraft and took survival training before he was deemed ready for combat. By 1965, the U.S. was involved in South Vietnam and Keirn was sent to Ubon, Thailand, to support American operations there.

By his 12th day in-country, Keirn had been promoted to Major and was filling in for another pilot who had missed work for sick call. He would be the command pilot for this, his fifth mission over Vietnam. While he was flying his F-4C Phantom north of Hanoi, he became notable for another feat: He was the first American airman to be shot down by a Russian-made North Vietnamese surface-to-air missile (SAM).

Keirn ejected, but his navigator wasn’t so lucky. Capt. Roscoe H. Fobair was killed. Keirn landed on the side of a mountain during a monsoon, but with severe burns, ankle injuries, and a piece of shrapnel embedded in his leg, he was captured the next day. He would spend 2,760 days in captivity in North Vietnam.

The piece of shrapnel would remain in Keirn’s leg until he was repatriated to the United States after the United States pulled out of Vietnam in 1973. His total time spent as a POW was nearly 3,000 days – just over eight years.

Having received a promotion while held captive, Lt. Col. Keirn stayed in the Air Force until 1976, serving for more than 33 years. Over his time in the service, he received the Silver Star, two Legions of Merit, three Distinguished Flying Crosses, four Bronze Stars with Valor Device, five Purple Hearts, and of course, two POW Medals.

He and his wife retired to Florida, where died in May 2000 at the age of 75. He would not live to see the remains of Roscoe Fobair repatriated from Vietnam in 2001.