This was the most dangerous military job during the Civil War 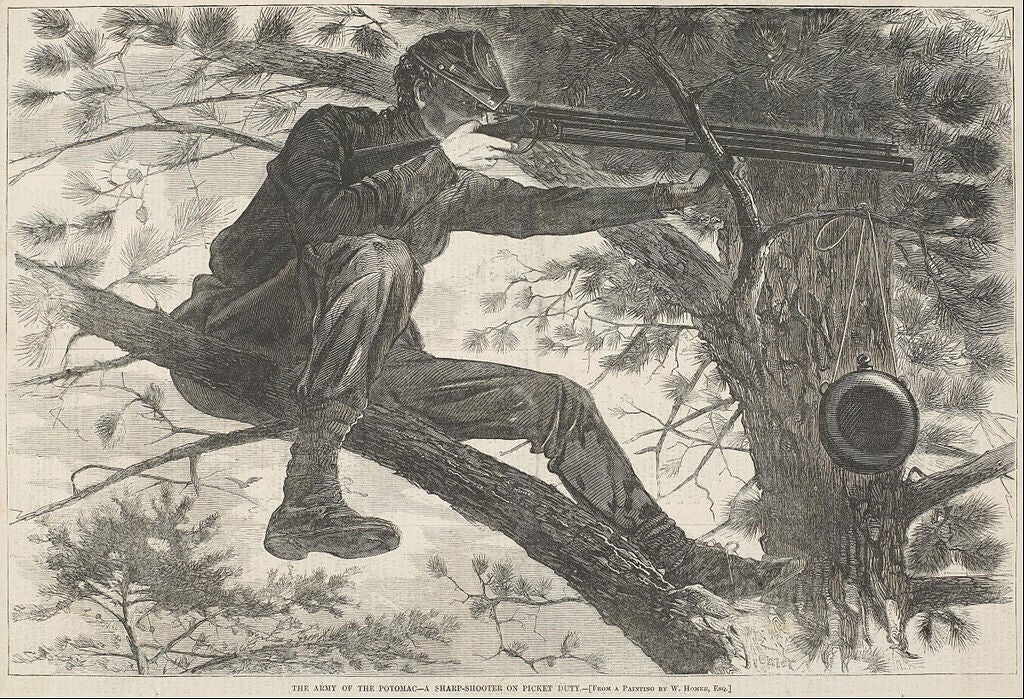 The Army of the Potomac—A Sharpshooter on Picket Duty, by Winslow Homer, 1862. (Public domain).

There are a lot of undesirable duties for infantrymen, both historically and right up until today. For most of us, we’re already thinking about how to get out of latrine duty. Other unwanted extra assignments include late night/early morning firewatch, KP, and anything that involves prop wash or grid squares.

Every armed force in the history of warfare has had its necessary extra duties, but that doesn’t mean people are lining up to volunteer for them. In the American Civil War, getting out of picket duty was probably the best thing an infantryman could do to live to a ripe old age.

Being in the infantry during the Civil War was already a hazardous job. It was the first war of its kind that featured both massed formations of men in pitched combat, meeting heavily defended  fortifications and earthworks that brought a lot of industrial age technologies to the battlefield. Fighting in the Civil War meant mass casualties, often in the tens of thousands, many meeting a brutal end.

Picket duty was one of the most dangerous jobs of an already incredibly dangerous profession. Civil War pickets were guards manning outposts on the outermost edges of a field army’s encampment or formation. They formed a porous line far in advance of an Army’s main force but were close enough that they could still be called back for support.

This hazardous job meant potentially being exposed to the enemy at all times. They would be subject to harassing fire from a nearby enemy, snipers taking potshots at them, and scouts in search of intelligence on the enemy would routinely capture their enemy pickets to get thant information.

Since the job was so hazardous, there were no permanent picket regiments. Instead, they were selected from the larger main force and rotated in and out regularly. This ensured that someone could not be permanently assigned to the job and thus have a chance at surviving the war itself. The job was either completely boring at the best of times or life-threatening at worst.

The pickets were so close to the battles of the Civil War that oftentimes, a commander’s first order in a battle was to drive in the pickets, returning them to their main units before the battle was to start. Since the enemy was met, there was no need to continue watching them.

During sieges like those of Petersburg in Virginia and Vicksburg in Mississippi, a picket’s job was more akin to those of forward observers today. They kept an eye on the enemy entrenchments day and night, even as artillery fire rained down over their heads.

It wasn’t a total loss for either Billy Yank or Johnny Reb. When two pickets met in the wilderness, they might often let their guard down and exchange pleasantries. Officers tried to cut down on fraternization between the two enemies, but when men meet one-on-one or small unit to small unit in the woods, it’s hard to stop them. Pickets would often trade coffee, something the Union had in surplus, for southern tobacco.