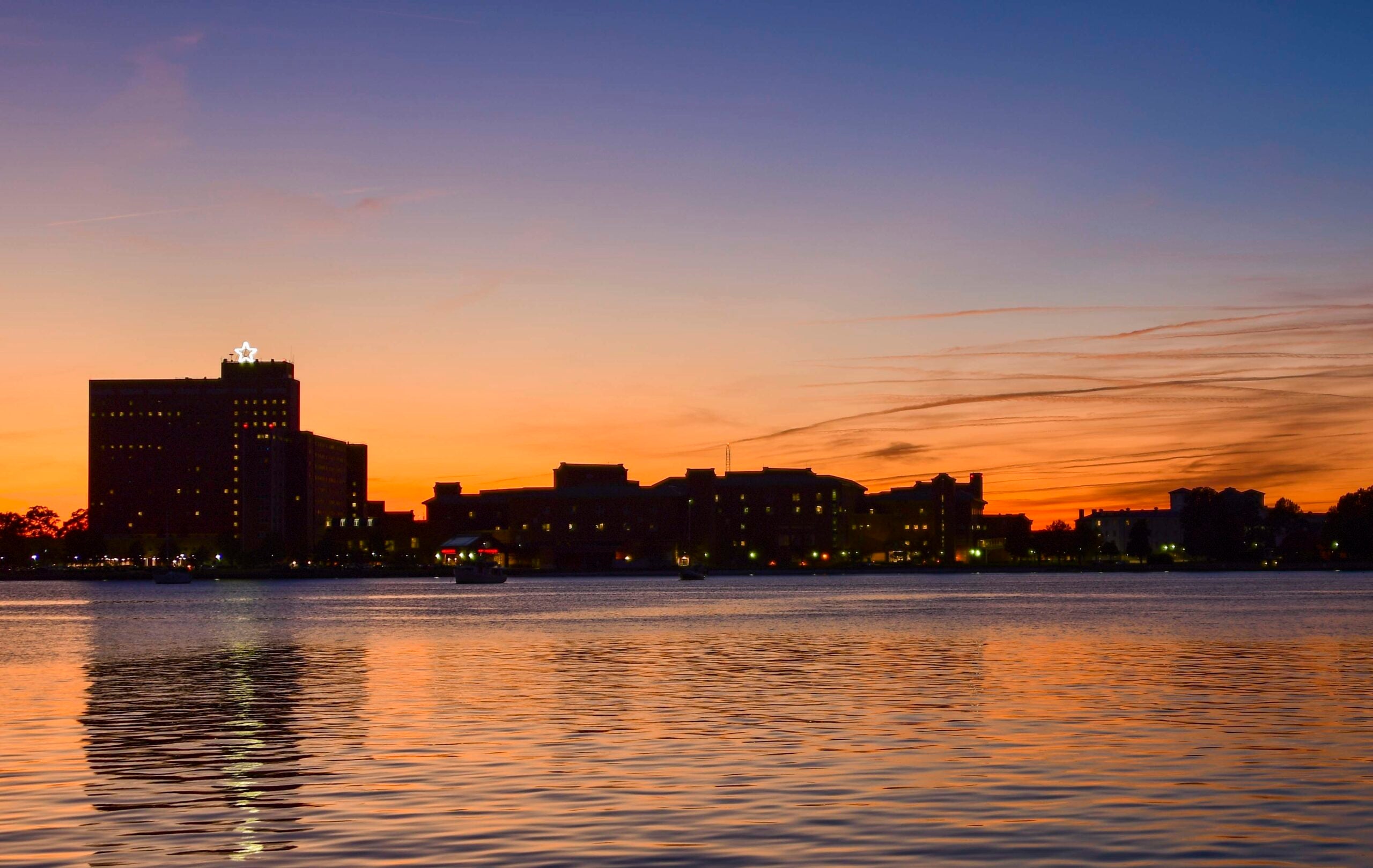 The Navy Medical Center in Portsmouth Virginia is home to a large medical unit that serves the surrounding military population. NMCP, as it’s often abbreviated, is the oldest continuously operating military hospital. In fact, it’s been delivering quality healthcare to service members and families since 1830. In addition, it’s a research and training center, and helps to prepare America’s next generation of medical professionals. NMCP is home to over 5,000 Sailors who provide healthcare services. Located in Hampton Roads, Portsmouth Naval Hospital is nestled in a vibrant military community. Nearby Norfolk is the largest naval base in the world. On average, there are over 185 ships, nearly 1,300 aircraft, and over 115,000 Sailors and Marines assigned to the region.

Portsmouth is one of the oldest settled areas in America, so this region is rich with history. In addition to the modern buildings you’ll find in Hampton Roads, there are plenty of historic ones too. The area has a lot of military presence, thanks to the several nearby installations. Crime is relatively low and the area is generally considered a great place to live. That might be because of the temperate Portsmouth weather. Winter temps rarely dip below 30F and summers are in the 80s.

Naval Medical Center Portsmouth is located in Portsmouth, Virginia, in the southeastern corner of the state.

The area is collectively known as Hampton Roads. Hampton Roads includes Chesapeake, Hampton, Newport News, Norfolk, Portsmouth, Suffolk, and Virginia Beach. Collectively, the area has a population of over 1.5 million people. Occasionally, this area is called “Tidewater.” Both names refer to the same location.

Traveling from the north? Follow I-64 E from Hampton. Then take exit 284A to I-264 W towards Norfolk. Next, follow I-264 W for 6 miles and take exit 7 toward Effingham St/Naval Hospital (exit is at the end of the tunnel). Finally, follow Effingham St. North to front gate of Naval Medical Center Portsmouth

Heading in from the west? Take US-58 E from Suffolk. Then take I-264 E to Portsmouth and follow for 13 miles. Next, use exit 7B toward Effingham St. Finally, follow Effingham St. to the front gate of Naval Medical Center Portsmouth.

Driving from the south? Follow VA-168 N and I-464 N from North Carolina. Next, take exit 6A to I-264 W. Follow I-264 W for 1 mile and take exit 7 toward Effingham St/Naval Hospital (exit is at the end of the tunnel) Finally, follow Effingham St. North to front gate of Naval Medical Center Portsmouth.

Taxi services are available to the installation.

Visitors to Navy Medical Center Portsmouth can use either of the installation’s two 24-hour gates.

Main Gate – Effingham Street is located on the south side of the base.

Gate Two is located at the intersection of Spratley and Barton. It’s on the west side of the base.

NMCP’s mission is to be the first and the finest. This means it aims to be the first choice of patients and staff, the first to support the warfighter and the country. Naval Medical Center Portsmouth achieves this mission by offering the finest healthcare, education, and research.

A Hospital Fund started in 1798 to provide medical treatment for service members. By 1821 enough money was available to begin construction and the hospital opened its doors in 1830. In fact, workers used over 500,000 bricks from an existing healthcare treatment facility at Fort Nelson in Naval Medical Center Portsmouth’s foundation and walls.

The hospital has provided care throughout all American conflicts, including the Civil War, the War of 1812, and the Spanish-American War.

Things to Do Around Navy Medical Center Portsmouth

There are three Navy lodges within driving distance. Lodges are located at Dam Neck Annex, Naval Amphibious Base Little Creek, and Norfolk Naval Base. Hotels are plentiful in the area as well. Call the Navy Inn for reservations at a lodge.

Of course, if you are visiting a long-term patient or traveling to NMCP for treatment, you might want to stay somewhere more homey. You might explore your lodging options with Fisher House. Fisher House offers home-like environments at and near military medical treatment facilities. That’s to say nothing of the fact that the foundation operates by donation only. This little-known resource helps make medical care experiences better for both service members and families.

The region is rich with culinary options, thanks in part to the closeness to the coast! Be sure to chow down on all the fresh seafood you can handle. There’s also a great selection of sushi restaurants. Of course you’ll also want to try Rappanhannock oysters and Brunswick stew, too. If you’re looking for heartier fare, fried chicken and black eyed peas is a classic Virginia combo.

The robust military presence in the Hampton Roads area means you’ll never run out of things to do. That’s to say nothing of the great options around the area, too. Be sure to check out Norfolk’s Harborfest. This June festival features a Parade of Sail and historic replicas of tall ships.  In September, check out the Neptune Festival in Virginia Beach. In addition to 5- and 8km races, there’s a parade, and the North American Sandsculpting Championship.

First things first, call the Naval Housing Referral Office as soon as you have orders.

Of course, single Sailors and Marines should call the Military Personnel Management Department for information on housing options.

Other options are available. You can also choose to live off the installation. There are several great neighborhoods in the surrounding area. Speak with the Housing Office for more information.

Surprisingly, there are no DoDEA schools located near NMCP. However, if you and your family live on base, your mil-kid will attend school in the Virginia Beach school district. Off base school options will depend on where you live. For specifics, speak with the School Liaison Officer.

Unfortunately, NMCP is not a Level 1 trauma center. The only Level 1 center in the region is at Sentara Norfolk General Hospital.

What is the oldest naval hospital?

What is the biggest naval hospital?

Before BRAC changed so much, lots of DoD installations had complete medical centers embedded on the footprint. This made it easy for service members to seek care. Here are some lesser known facts about medical centers.

Here are the types of Tricare plans you can select.