See the emotional reunion between this Marine and her canine partner 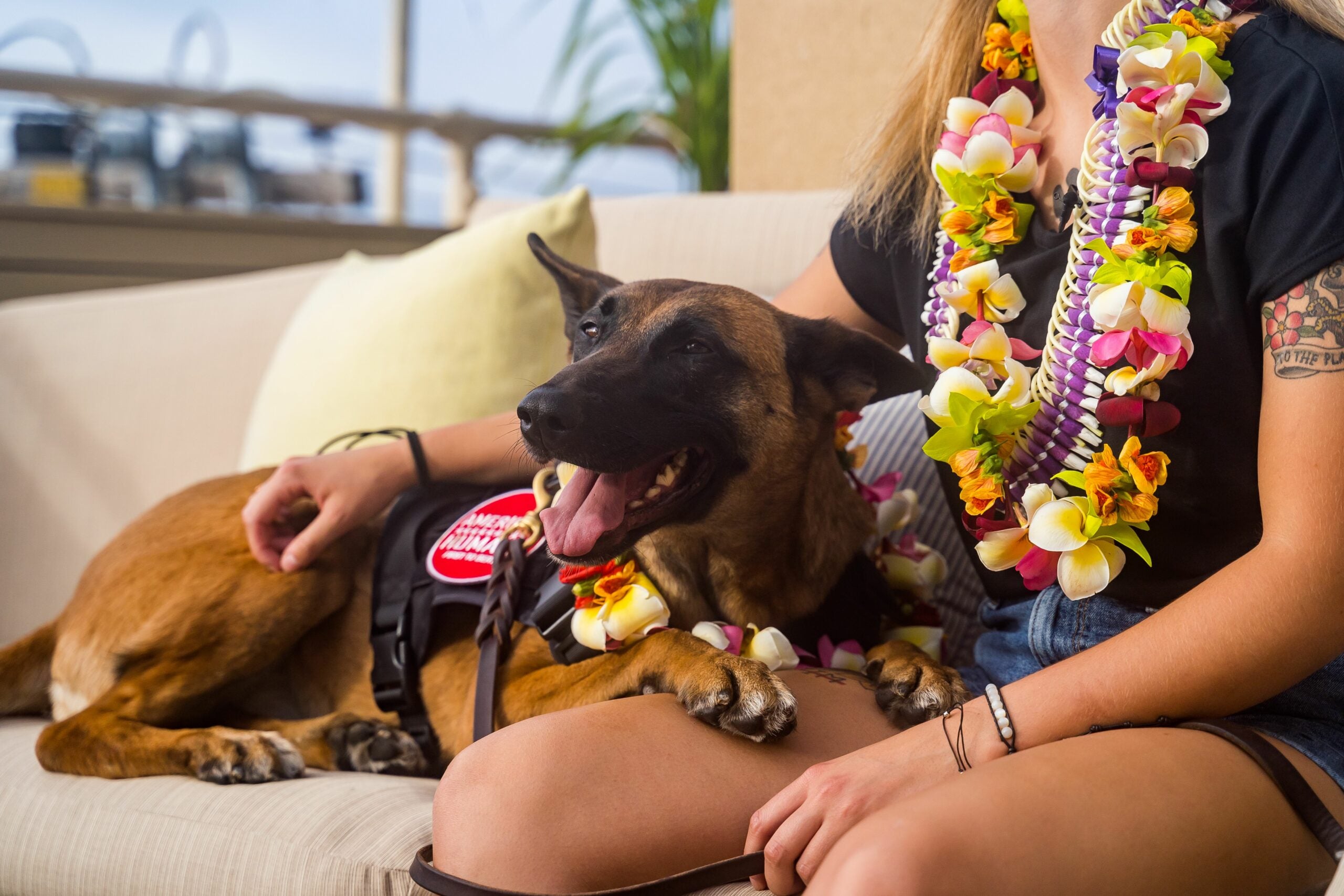 When Sergeant Angela Cardone enlisted in the U.S. Marine Corps at 17, she had no idea she would find a soulmate.

As a military police officer, Sgt. Cardone began training with military working dogs at the Marine Corps Air Station in Iwakuni, Japan. It was here that she met Bogi, a Belgian Malinois.

Cardone admitted it was not love at first sight for the pair.

“When I first was told I was being put on her I was not excited because she didn’t know anything, really—she didn’t even know her own name,” Cardone said. “And I didn’t think she would be able to work or listen. And a month or two in, it completely changed, and we just clicked instantly.”

During this time, Cardone was personally struggling to overcome intense homesickness and the loss of her grandfather. From July 2018 – October 2019, the pair worked as partners conducting patrols and safety sweeps of vehicles, buildings, and cargo in Japan, developing what Cardone calls an “unbreakable bond.”

But that all changed in 2020 when the pair was separated.

“When I was first taken off her, I was kind of shocked, because I had a little bit of time left, so I wasn’t expecting to be off her so soon,” Cardone shared. “So, it definitely sucked, because she was my best friend, and I didn’t have that to go to anymore.”

Cardone was reassigned to Hawaii in June 2020, leaving her canine partner and friend behind in Japan.

“Being without her, it kind of felt like a piece of me was missing,” Cardone shared of being separated from Bogi. “And I just always thought about her, always thinking about how the other handlers were treating her… hopefully it was really good.”

Shortly after being reassigned to Hawaii, Cardone learned that Bogi was going to be medically retired due to a broken bone in her neck. Immediately, the Marine Corps Sergeant got to work trying to figure out how to adopt her, but the road to bringing Bogi from Japan to Hawaii was daunting.

Cardone knew she couldn’t do this alone, and reached out to American Humane for help. As the country’s first and largest humane organization, American Humane’s military program helps bring retired military dogs home to reunite with their former handlers and provides ongoing veterinary care and financial support to make sure that America’s K-9 veterans receive the comfortable, dignified retirements they deserve.

“American Humane is dedicated to honoring the lifesaving contributions of all veterans, including the four-legged heroes who serve our country,” Dr. Robin Ganzert, president and CEO of American Humane said. “With the support of generous donors, American Humane is committed to helping all military heroes come home to retire on U.S. soil.”

Bogi’s journey home spanned the course of two days. From the Marine Corps Air Station Iwakuni Base, she was driven to the Hiroshima Airport, where she flew to Haneda Airport. After spending the night at a professional K-9 handler’s home, Bogi flew just over seven hours to Honolulu, Hawaii.

Cardone and Bogi were reunited February 16, 2021 in Honolulu.

“It was indescribable,” Cardone said of their reunion. “Kind of never thought that this day would actually come so it’s kind of… I don’t know, just a really heartwarming type of feeling.”

The Marine shared the pair’s reunion would not have been possible without American Humane.

“American Humane is honored to bring Bogi home to reunite with her best friend, Sgt. Angela Cardone,” Ganzert said. “We are thrilled to give Bogi the dignified, comfortable retirement she deserves. Sgt. Cardone and Bogi made so many sacrifices in service to our country. Bringing them back together is the least we can do in return.”

Now that they are together, Cardone plans on spoiling her best friend.

“I’m most looking forward to giving her the retirement she wants,” she said. “Letting her sleep on the couch, sleep in my bed, honestly, and I’m going to bring her right after this to go get a Puppuccino from Starbucks.”