MIGHTY 25: Tim Jensen is more than a Grunt Style Marine 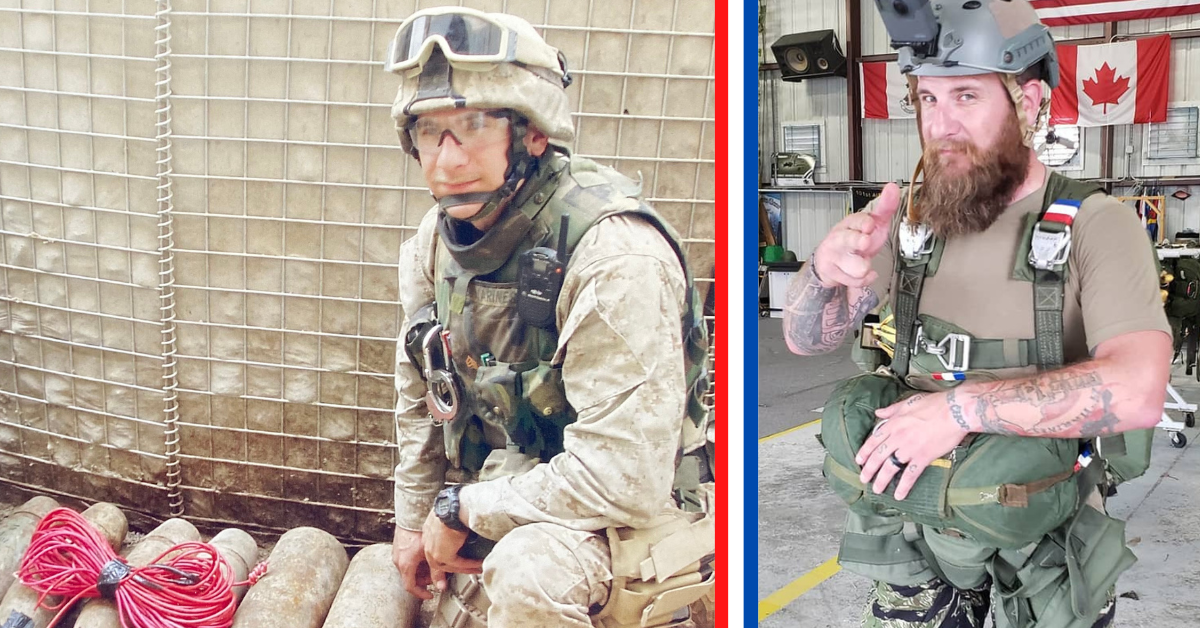 Tim Jensen spent a decade working his way up at Grunt Style to become its Chief Strategy Officer and president for the charity arm of the organization. But there’s another title he’s really proud of: Marine.

“When I was very young, I came across a box in my grandfather’s basement. Being a nosy kid, there was this crawlspace in there in my grandparents basement and every one of us kids were afraid to crawl in there, right? We had a ping pong table and every time we played a ping pong a ball would go into the crawlspace. We always thought it was gone forever,” he laughed. “One day when I’m looking inside I found the crown jewel of about 50 ping pong balls but I also found a cigar box.”

The box was filled with military medals. Jensen’s grandfather never spoke about his service during World War II and it had been a hidden part of his life. He used his 11th birthday gift, the Encyclopedia Britannica, to look up a lot of those medals. It turns out his grandfather was a draftsman in the Army corps during the war and did a lot of really cool things.

As Jensen approached high school graduation, he was hanging with the wrong crowd and doing a lot of things he knew he shouldn’t. Realizing college wasn’t for him – he thought back to that cigar box and enlisted in the Marine Corps. His mother said she’d never seen her father cry until the day he watched Jensen graduate from basic training.

He served four years from 1997 to early 2001 and found himself working in Chicago on the morning of 9/11. Knowing America was under attack, he made the decision to get back in and even switched his MOS to infantry in order to ensure he’d deploy with the 2nd Battalion 24th Marines.

“I deployed with that unit to Iraq in 2004 and 2005, fighting in the triangle of death. The violence was extraordinary and we were losing interpreters every week, it was the Wild Wild West. I watched Iraqis finally get polling stations to vote for the first time in their lives,” he shared. “They were in lines miles long, often getting blown up trying to vote. Here in the United States we don’t even show up.”

Returning stateside, he got out and Jensen said it was then that his life began to unravel.

“I was struggling with a lot and began to have suicide ideations. Began abusing drugs and alcohol, losing anything good in my life. It all stemmed from survivor guilt added into the trauma and garbage I brought back with me,” he explained.

After a few years, Jensen was able to piece his life back together with the support of his wife. He also made the decision to go to college, earning a bachelor’s in game theory and design. Though he opened an art studio for himself, money was tight and he needed something to pay the bills. “Then I saw an ad for Grunt Style,” he shared.

He had a high-paying job lined up but walked out of the interview for Grunt Style wanting the job, badly. The initial role with the now highly successful company? Folding t-shirts.

He worked his way through positions on the floor doing grunt work (pun intended) to where he is today. “I’ve just been incredibly blessed. Throughout this entire process we’ve built an incredible business that is doing such incredible things for the community,” Jensen shared. “When you look at the amount of veteran businesses that have really developed in this digital age, I’d like to think that Grunt Style had a large part of that story. We were really one of the first on the scene to really blow that up and make that a bigger thing for our veteran community.”

Readers might be surprised to learn that this big, bad Marine is a self-proclaimed nerd. “I love playing Dungeons and Dragons,” he laughed.

But he’s also a fierce advocate for veterans issues, too. Jensen was right there on Capitol Hill supporting the passage of the PACT Act for four long years. “My friends Frank, Mark and Mike and many others that I’ve known have died from these toxic exposures in the burn pits,” he explained. “Winning a battle like that, we all should be proud as veterans that when the cards are on the table, we’re not gonna walk away from a gunfight. We’re gonna go in and we’re gonna go headfirst. We did that and we won.”

As Jensen looks towards the future, he wants to encourage the new generation of Americans and the ones leading the way for good.

To learn more about Grunt Style and this MIGHTY Marine, click here.