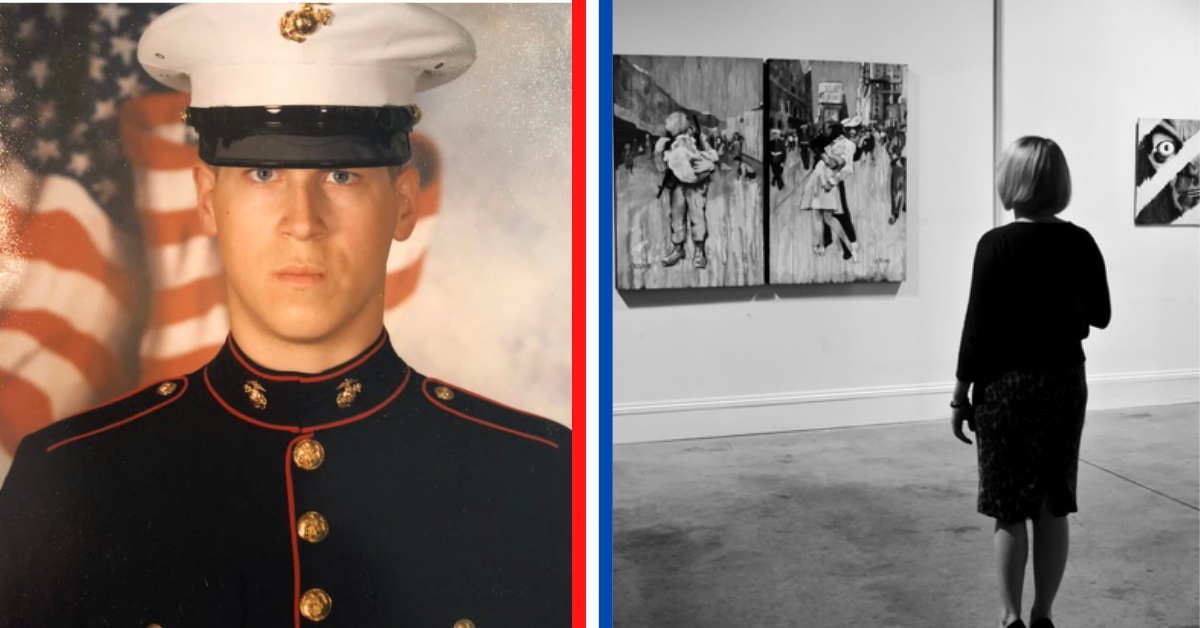 It began with love.

LeHeup was a part of the 3rd Battalion, 6th Marines –– Kilo Company. Before enlisting, he described himself as “wayward.” LeHeup admitted, “I was doing some things I probably shouldn’t have been doing and found myself in a position where I didn’t really have anything going for me. I joined the Marine Corps Infantry in 2000. My battalion was the first to go to war after 9/11. We took the Kandahar Airport and embassy in Kabul.”

The military seemed like the way to find purpose and momentum. After America was attacked, his unit was ready and itching to fight. “We didn’t exactly know what to expect but we had all joined to cause hate and discontent among our enemy,” he said.

In 2004, he left the Marine Corps as a sergeant to attend the University of South Carolina where he obtained a degree in Writing and Media Arts. During this time LeHeup was quietly struggling with alcohol abuse, violence and feelings of despair.

“A lot of people were raised to think men weren’t supposed to cry or you’re not supposed to tell your story and if you did then you weren’t really there,” he shared. “There’s a liberation and a courage to it which I thought was obvious. To own your story, to recognize your faults where you tried and whether or not you succeed or fail.”

It would also help him in his own journey of healing from the seemingly invisible, haunting wounds of war.

Writing, art and serving others would combine together to create a new chapter for his life. And just eight years after he transitioned out of uniform, he gave a poetic TEDx talk. Sharing his story became cathartic for LeHeup and he knew if it gave him peace, other veterans could find it, too.

“The best way that you can fully and completely celebrate the life that you have that you have been given is to recognize the depth and breadth of what it is to be human, which is what, which is what we are trying to accomplish with Bullets and Bandaids through the hyperbolic lens of veteran experience,” Leheup explained. “We have been able to cover World War II, Korea, Vietnam, Iraq and Afghanistan.”

Bullets and Bandaids pairs civilian writers with veterans to write their story and then links an artist to make it come to life. “We offer these other two voices that are attempting to understand where this veteran is coming from. By doing so, we reinforce our shared common human journey,” LeHeup said.

Bullets and Bandaids has spread beyond the borders of the United States. “We also have people from other countries involved in this. Our next generation is going to have somebody from the Royal Marines that literally had boots on the ground less than a week after Hiroshima,” he said.

There’s no story left untold or a topic avoided. It is also a touring show throughout the Carolinas with plans to make their way up and down the coast during the summer of 2022. It involves local businesses in the process, weaving the vital connecting thread between civilians and the military community.

“We’re all living geographically, atomically and by the nature of what it is to be human,” LeHeup said. His final thoughts on society and the many war-veterans were simple.

“We’re all in it together.”