The kibbutznik spymaster that came in from the cold 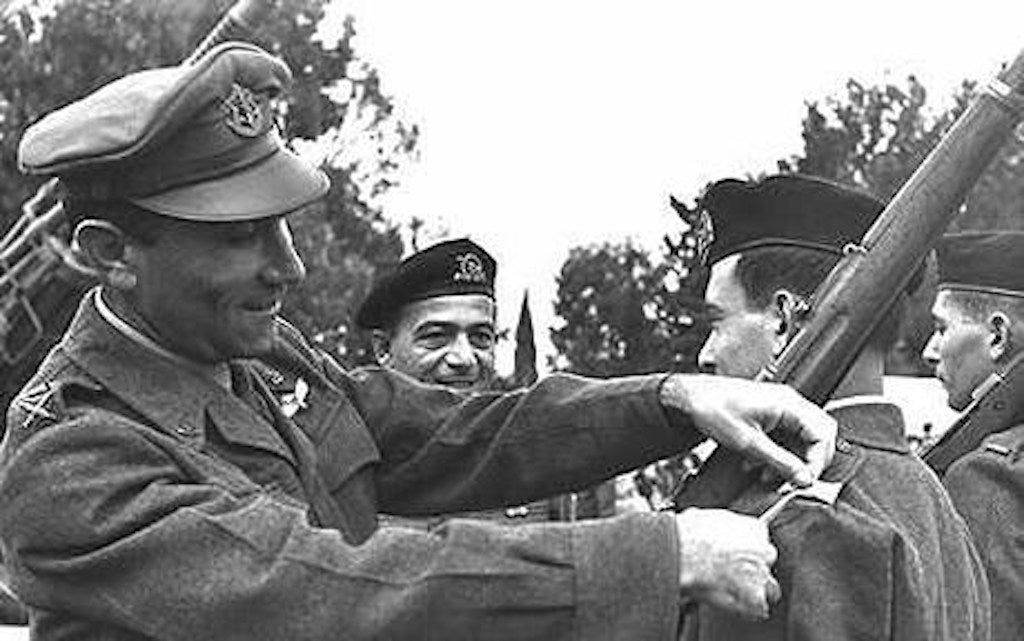 He never turned quickly to face the camera and fire a Walther PPK. He didn’t banter with Goldfinger. Heck, he didn’t even run around with giggling girls like Derek Flint.

But Meir Amit will go down as the spymaster of spymasters.

The legendary Israeli intelligence officer, whose connections to the American military are equally legendary, never wavered in his single mission: To protect the people.

Not primarily interested in writing memoirs, Amit was interested in presenting his view of events he lived in, which separated him from many biographers or what he called the “New Historians,” those that seek to paint Israel and her few allies in a negative light. In fact, in keeping with his own personal bravura, he said, “I have absolutely no desire to set any historical records straight.”

In other words, “I don’t apologize!”

Even at the end of his life, Meir Amit (born Meir Amit Slutsky) still lived in the same neighborhood as he had as a child, amid the memories of chicken coops, cowsheds, and orchards. Everything in-between seems like something out of a spy movie, although the movie could never do his exploits justice. In many ways, James Bond would be a Boy Scout by comparison.

Born on the Zemakh-Tiberias road, Amit learned hard work and teamwork. Joining the Haganah, the forerunner of the Israel Defense Forces, he eventually would command the famed Golani Brigade.

It would be his work in the intelligence community though that would form his legacy.

From 1963 to 1968, Amit served as the head of the Mossad, Israel’s spy apparatus. Among his achievements: placing spy Eli Cohen in the middle of the Syrian regime; later Amit placed informants so deep into the Egyptian military that he practically knew when each of them went to the bathroom. This astonishing agenda played a huge role in Israel’s destruction of the Egyptian Air Force in the first 30 minutes of the Six Day War.

It was his work with the United States’ CIA, and particularly one individual, that laid a foundation for cooperation between the countries that lasts until today.

It seems that Amit (who had graduated from New York City’s Columbia Business School) happened upon a young student. He personally trained this person, born near St. Louis, and so successful was this collaboration that said spy eventually led the Kidon unit, which specialized in assassinations.

On a hot spring day in 1963, Amit was summoned from his base near Dimona, by Prime Minister David Ben Gurion. Unhappy with the current chief of the Mossad, “the Old Man” summoned the one fellow he felt sure could tighten a leaky ship (this even on the heels of the momentous operation to bring Eichmann to justice in Israel): the former kibbutznik with a special skillset.

Bouncing along a dusty road in a Jeep, Amit wondered what Ben Gurion could want, although a possibility was in the back of his mind. As it were, Ben Gurion’s offer/demand to Amit to take over Mossad came “like a bolt from the blue.” A short conversation began the most remarkable stretch of Amit’s illustrious career.

Amit concerned himself with gathering human intelligence from neighboring Arab countries, and also working on what Ariel Sharon would later term “the strategy of the periphery,” strengthening ties with nations outside this often lethal band.

Amit’s role in the decision to launch a preemptive strike against Egypt and Syria in 1967 is critical in understanding the success and long-term implications of the stunning victory.

Shuttling from Tel Aviv to Washington, Amit met with most of the prime players in the American capitol. His assessment years later shows quite clearly that he had a very pragmatic view of the American response, both before and after the war. His critical ability to parse promises of help from platitudes was perhaps his most important contribution, and he returned home days before the outbreak of the conflict with one message for the Cabinet:

The boy that once gathered eggs in a burgeoning little community near the Sea of Galilee now stood on the doorstep of history.

He entered that door and stepped into the light.

Israel won an historic victory in a mere six days.

In the summer of 2009, Meir Slutsky died in the land he loved, just south of his birthplace. His tenacity and commitment to spycraft greatly contributed to his country’s safety.