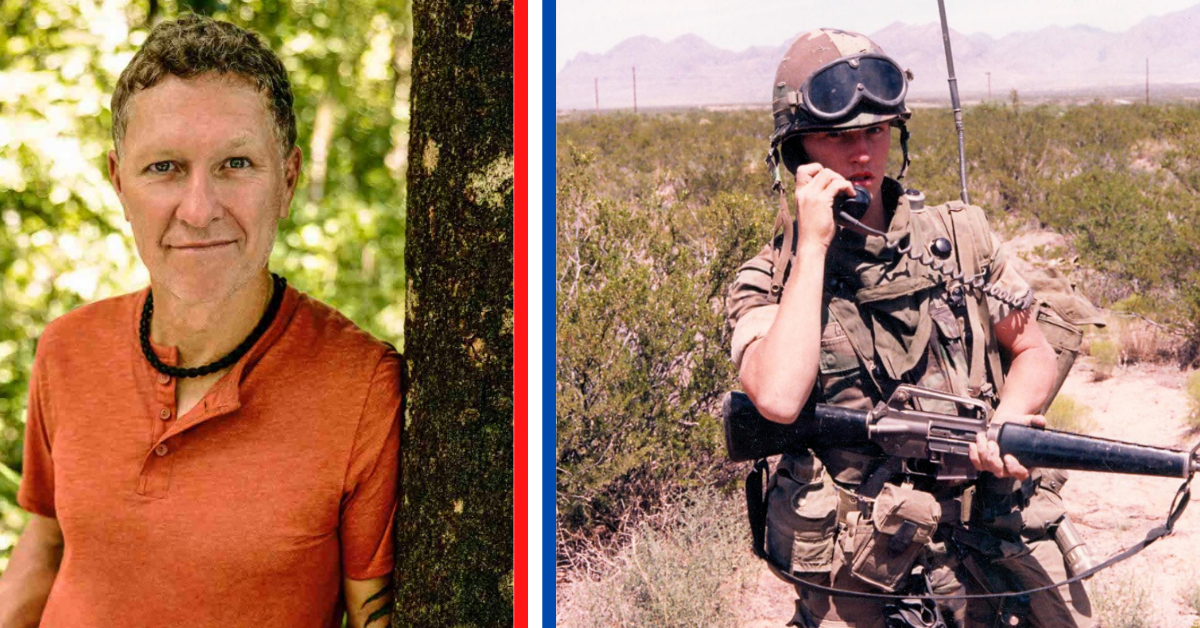 Photos courtesy of CBS and Morgan.

Craig Morgan is widely known for his country music smash hits like Redneck Yacht Club or more recently, The Father, My Son and the Holy Ghost. Now you can watch him in CBS’s new show, Beyond the Edge.

Before stardom, Morgan was first a soldier.

“I grew up in a small town in middle Tennessee,” he explained. “I thought in order for me to do something good or to be successful, I was going to have to do something bigger than what I felt like I would be able to do there. I decided I would join the Army so I’d be able to go places, learn and experience things that I wouldn’t anywhere else, all while getting paid.”

Though he initially enlisted in the Army in 1986 to discover a world beyond his small-town life, it soon became much more for him. “It didn’t change me – it made me,” Morgan admitted.

He was deployed as a Forward Observer or 13F to Panama during Operation Just Cause in 1989, working alongside the CIA and Navy SEAL Teams. Morgan then spent the majority of his almost 10 years of active duty attached to the 101st and 82nd Airborne, which he deployed with for Desert Storm.

During this time, he was writing songs and singing. Morgan finally decided to pursue it full-time after receiving command encouragement. He transitioned into the Army Reserves in 1996, working odd jobs while recording demos and eventually getting signed to a record deal.

“If I didn’t have success in the music business, it wasn’t the end of the world. You just work as hard as you can and try to make the best out of everything that you’re doing and move forward. And that’s the way I approached it and I attribute that to the military mission,” he shared.

Eventually, Morgan’s hit records were creating long fan lines at the gate for his drill weekends and he knew it was time to say goodbye to life as a soldier in 2004. “I gained a sense of gratitude for how fortunate we are in this country, being in the military, because I traveled all over the world seeing so much,” he said. “Even as bad as or poor as I may have been at times, going overseas, I saw it still was nothing compared to how bad a lot of other people have it.”

In a full circle, his newest venture brought him back to Panama. “That time of year it rains every day every night so it could be brutal. But it was also very exciting,” Morgan laughed.

For two weeks he and other celebrities found themselves battling to survive the harsh environment and avoid ringing the “I quit” bell. “The reason I did this show was because it wasn’t about trying to get rid of each other. It was about trying to encourage each other to get through it,” Morgan shared. “It was an opportunity for all of us to work together while all of us are raising money for various charities. I think people will be intrigued to see how relationships develop and blossom and what happens throughout the endeavor.”

Premiering on Wednesday, March 16 (9:00-10:00 PM, ET/PT), viewers can watch Beyond the Edge on the CBS Television Network and will be available to stream live and on demand on Paramount+.

For Morgan, it was all about the camaraderie and raising money for Operation Finally Home, an organization providing and improving homes for America’s veterans and first responders. “The one thing that I like about Operation Finally Home is how involved they are with the entire community. I think it is as critical as them having a debt free home,” he added.

His life has been filled with many beautiful moments, lessons learned and undeniable heartaches. In 2016, his 19-year-old son, Jerry, was killed in a boating accident. Morgan retreated from the spotlight for a year as he and his family navigated the devastating loss. In 2019 he released The Father, My Son and the Holy Ghost. A hauntingly beautiful song, it brings listeners through his journey of grief.

Two years ago he began working with Jim DeFelice, co-author of American Sniper, to write his own memoir. Morgan’s book, God, Family and Country, is scheduled to be released in September of 2022.

“My hope is that by sharing my story people will see that it’s okay to feel that pain and still find joy as well,” he explained. “That’s the biggest struggle with most people who lose someone, especially parents that lose a child, because they feel guilty when they experience laughter or joy. And I’m hoping that through this book, and in particular, my story, they can find that it’s okay to have both.”

As for what drives him today and always, living a life of honor and purpose is at the core — it’s a message he hopes his story will spread to others.

“I want to live as good a life as I can possibly live in honor of my son and his life. Although he’s not physically here with me still very much a part of my life every day and always will be until the day I see him again,” Morgan said. “I talk about it in part of my military story in the book, having experienced loss there, too. We should all strive to live a good life in honor of all those we’ve lost.”