America's abandoned military installations - We Are The Mighty 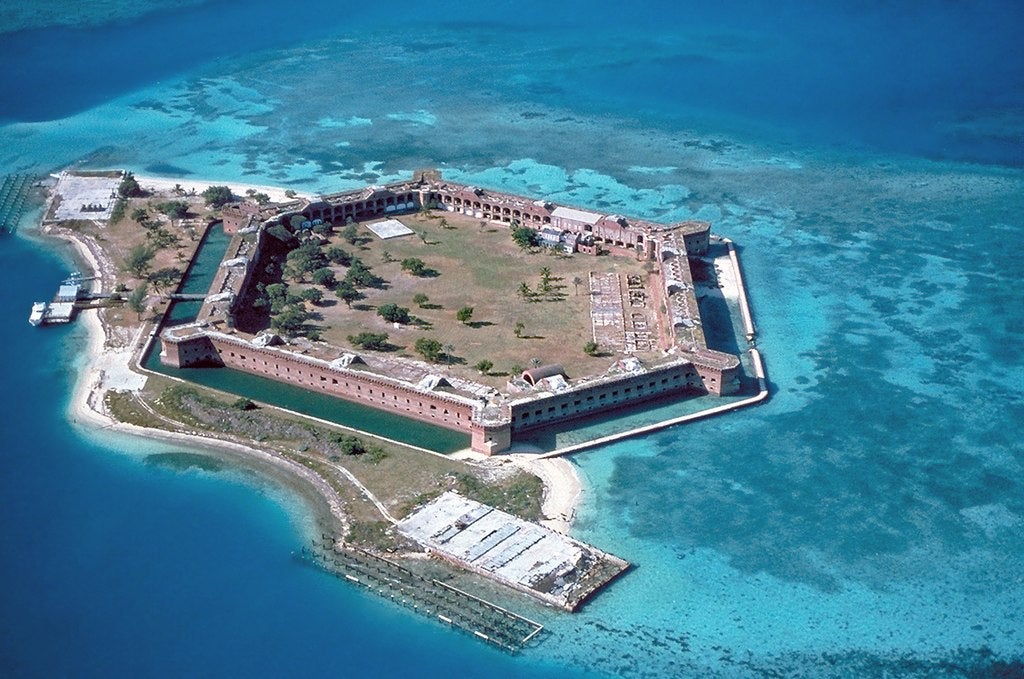 How’d you like a hike up Machu Picchu or stroll at Angkor Wat? From the Aztecs to the Assyrians, fallen civilizations leave some great ruins, don’t they? But what about us Americans— us rascally rascals, with our patriotic stars and stripes?

Okay, it’s true that America is an active civilization. But you might not know that we already have a ton of abandoned monuments.

Here’s a list of the five coolest abandoned military installations in the country.

Move over Giza. America has its own pyramid and it just so happens to be fully abandoned. The Stanley R. Mickelsen Safeguard Complex (a.k.a. the North Dakota Pyramid) was built to protect our country against missiles flown over the North Pole. It’s too bad the site didn’t last long. The military pulled the plug on it shortly after they finished construction. Though its halls are vacant, it’s still a grim reminder of America’s Cold War era. And yes, the command center is built inside an actual pyramid.

In 1825, America was a baby nation, but it was getting bigger. With its territories stretching from Maine to Florida, it had quite a lot of coastline to look after. Fort Jefferson, just outside Key West, was one of the largest forts built along the east coast. It was abandoned in the 1860s, but you can still ferry to it and have a look. If you head to Florida to check out this abandoned installation, check out the old cisterns that held fresh rainwater for the Army to drink.

The War of 1812 left America more than annoyed with the United Kingdom. The U.S. had become a powerhouse in North America, but British ships still trolled the Gulf of Mexico trying to do us in. Then, along came Fort Pike off the coast of mainland Louisiana. The military base protected trade ships coming into New Orleans Harbor. These days, it’s pretty well abandoned but you might be able to see some of the foundations that still remain.

This abandoned installation is the only base on our list to have served in three wars (applaud here). It was built during World War I to protect NYC. Then, during World War II, it housed some of the military’s biggest guns. Finally, during the Cold War, the military fitted it with Nike air missiles just in case the Russians got out of line. Luckily, the Cold War ended, but since then, the place has become overgrown with vines. In fact, it’s a national recreational area these days that you can visit!

Rounding out our list, this abandoned site has a radar tower sitting atop the scenic East Mountain. Why did we need a radar tower on the east coast in the 1950s? If you guessed Russia, you’re going home with a prize. America kept its eyes to the skies back then, making sure the Soviets didn’t end civilization with their nukes. Lucky for us, they never tried anything, and we were able to abandon this mountainside tower.