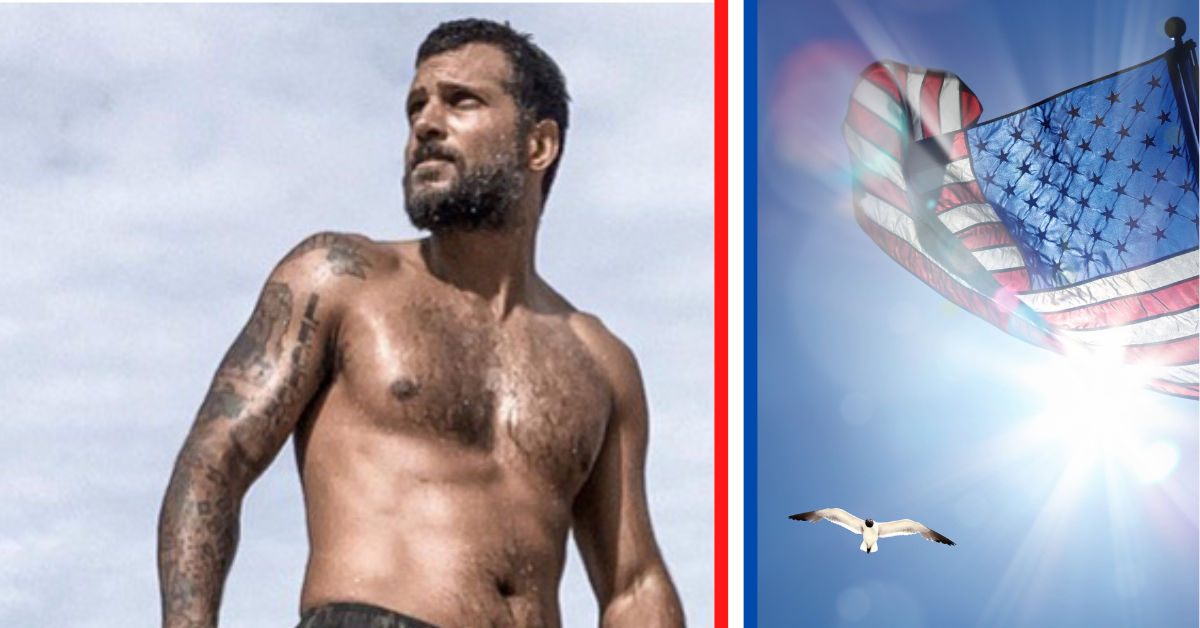 CrossFit has taken the fitness world by storm over the last decade, and for one veteran, it’s become more than a great workout. It’s a source of healing.

William Jones born and raised in Torrance, California. He likes to tell people he was born in Dodger Stadium since he’s been a lifelong fan and has a picture of him as a 5 day old baby at a game. “My father was in the Air Force, my grandfather, aunt and even my older brother. I thought for sure when I got out of high school I was going to follow suit,” he explained.

But he found himself getting into a lot of trouble on the streets instead. “I think I had an identity crisis because my dad is black and my mother is white. My stepmother is Mexican,” Jones said. “I kept coming to the conclusion that I just didn’t fit in anywhere.”

After graduating high school in 2004 he found himself in front of an Army recruiter. “I walked in for the interview in regular street clothes, looking a little rough I’m sure. I told them they needed to ship me out within the month or I was going to change my mind,” he laughed.

For him, basic training was fun. Jones thrived with the fitness challenges and enjoyed the camaraderie with his fellow future soldiers. His MOS? Infantry.

Within months he was deployed to Iraq, for the first time. A year and a half later he was deployed back to Baghdad in 2008.  “I did missions as a gunner and as a Bradley driver. Wherever they needed me. That year I was stop-lossed,” Jones explained. He was quick to share that with all of the bad moments and hard experiences, there was a lot of fun.

One such incident showed the humor Jones is well-known for. He was on a rooftop overlooking the Tigris River when a Mortar round struck and knocked him off of his feet. The soldiers around him thought he was gone but in the midst of the dust, smoke and chaos – Jones had one concern:  his snack. When his teammates saw him later and exclaimed how happy they were he made it his response was one for the books.

“Yeah, but I smashed my bag of pretzels!”

When Jones returned back to the states he wasn’t sure where he was going. His four year enlistment was up and he had dreams of becoming an actor in Hollywood. “My combat deployment money was just sitting there. Let’s just say I blew through that money but I took that next year and just had the time of my life,” he shared.

Though he didn’t know it at the time, he was searching for meaning after years at war. After the dust settled, Jones knew he had to get his life together and figure out what his next step was going to be. “School really just wasn’t in the cards for me at the time so I started looking for a job. I even went back into the Army attached to a reserve unit for a while because I was missing that life,” he said.

During that next year he did a lot of extra work in movies. “One day I was driving down the street and I saw a billboard for a film festival. I thought this could be my opportunity to network and meet people to make my dream actually happen,” Jones explained. “I started researching the company putting it on and saw they were looking for volunteers.”

He quickly signed up and after orientation, volunteered to do even more for the company. Three months later he was a paid contractor and working alongside big-name producers. One took him out to coffee and encouraged him to use his G.I. Bill to go to film school.

During all of this, CrossFit started to gain traction.

“I had always loved fitness and really missed the training I had in the Army. Another veteran I knew encouraged me to try a class. I did one and that was it for me and I was completely hooked,” Jones said.

Within months he was competing in the CrossFit games. He had been attending film school in LA and finished. On a whim, he decided to move to the Philippines to attend another film program. “When I got there I was researching places to workout and got lucky because there was a Crossfit gym there even though it wasn’t as popular there yet,” he said.

The people he met there would lead to doing CrossFit all around the world.

He loved traveling and experiencing different cultures. During this time Jones had an epiphany of understanding that he did fit in and maybe his identity crisis was preparing him for where he was going. It took him a while to realize CrossFit was the one thing which always brought him back to center. Away from the bad memories and thoughts of war and childhood trauma.

These days he’s an ambassador for different fitness brands and a veteran owned nutritional supplement company, Alpha Elite Performance, back home in California. You can find him on the beach leading people through CrossFit, diving, surfing and making his mission in life to make people smile. Though it’s taken years to get to this point, Jones finally feels at peace with his life and where he’s going.

“Sometimes I’m fearful that I don’t have enough time to accomplish the things on my list,” he admitted. “But I feel like everything I’ve gone through in my life has prepared me to be exactly where I am right now.”

Follow this badass CrossFit obsessed veteran on Instagram because his hype for life and fitness will motivate anyone.