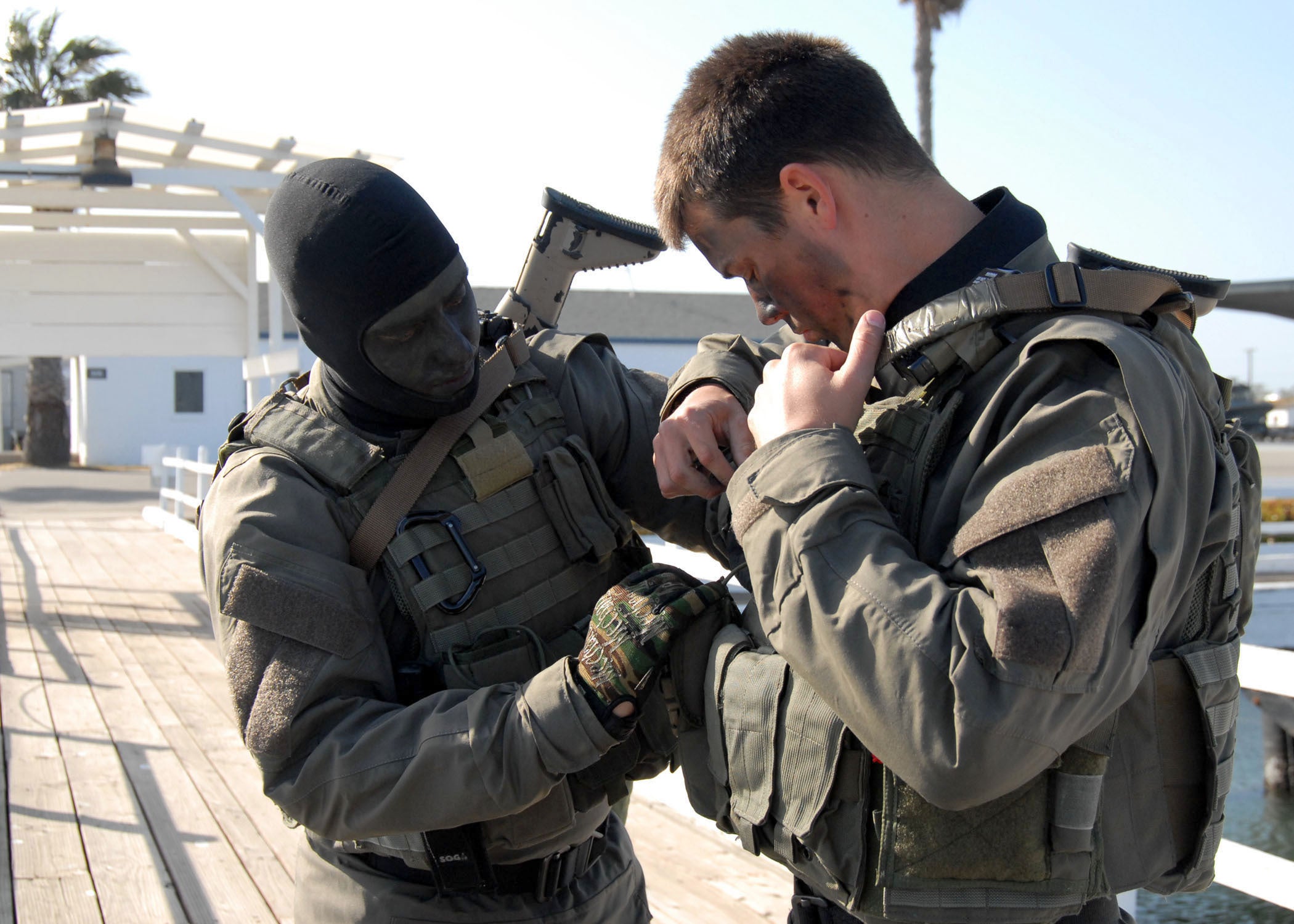 Equipment check before getting underway for a training exercise at Seal Beach Naval Weapons Station.

Ronald Sheridan left his home in the early morning hours of March 20, 1986, as if it were any other day. Sheridan was a former Los Angeles Police Department officer who was working security at Seal Beach Naval Weapons Station. Then 51 years old, he knew there was an antiterrorism exercise happening at the base.

The Navy’s Red Cell special operators were testing the base’s responses to certain terrorism situations. While they held Sheridan in custody, they actually became real-world captors, beating Sheridan as they held him in a Costa Mesa, California, motel room for more than 30 hours, according to the LA Times.

Red Cells are the U.S. Military’s National Security Coordination Teams, founded by Navy SEAL Richard Marcinko in the early 1980s to test the effectiveness of American antiterrorism tactics and policies, evaluate vulnerabilities in installation defenses. They would warn the bases they were going to be evaluated, then conduct mock attacks on them, using fake IDs to gain access, take hostages, kidnap officers and even completely take over bases. Seal Beach Weapons Station was undergoing such an evaluation in March 1986.

What happened to Ronald Sheridan was anything but routine, even for Red Cell. The base had already seen a number of staged attacks when he received a call at 3 a.m. that morning, warning of another. He got ready for work and left his home, his wife standing on the porch brandishing a revolver – which was her morning routine.

As he walked to his car, a man with shaggy hair holding a gun of his own was waiting for him. Sheridan didn’t know the man was part of an exercise, he thought his wife would shoot him if he approached. Margaret Sheridan almost did, but the man told Ronald Sheridan he was going to be kidnapped as part of the exercise. As he forced Ronald into his car, Ronald called to his wife, who was already pointing the gun, that it was an exercise.

“I wish I had shot that guy,” she said the next year, after the Sheridans filed a lawsuit against the Navy for what its Red Cell team did throughout the coming day. Ronald was handcuffed and driven to the Don Quixote Motel in Costa Mesa in his own car. Until 4 p.m., everything went as an exercise should. That’s when they received a call that the exercise was going to carry on overnight.

The men told him he was going to be photographed as a hostage, his hands were recuffed, and a pillowcase tightened over his head. Eight more men arrived in the room and the entire team began a loud argument. Sheridan, cuffed to a chair, was suddenly knocked over and thrown around for several minutes. His clothes were stripped off, then the real beating began.

Sheridan was slapped, kicked, and punched by the men, then dragged into the bathroom, where the beating continued. The Red Cell team then proceeded to pick up Sheridan by his ankles and dunk his head in the toilet, leaned over a full bathtub and dunked in there with a boot on his back. He began to yell, worried he had a broken rib. Then he was asked to identify himself. The entire 15-minute incident was filmed. He was then dumped on the bedroom floor as the other men left.

Once they were gone, the handcuffs and pillowcase were removed and the remaining men apologized to Sheridan, saying, “It wasn’t supposed to come to that.” The next day, he was taken back to the weapons station. Sheridan spent a year in physical therapy before filing a $6 million lawsuit.