How close was George C. Scott to portraying the real General Patton?

How close was George C. Scott to portraying the real General Patton? 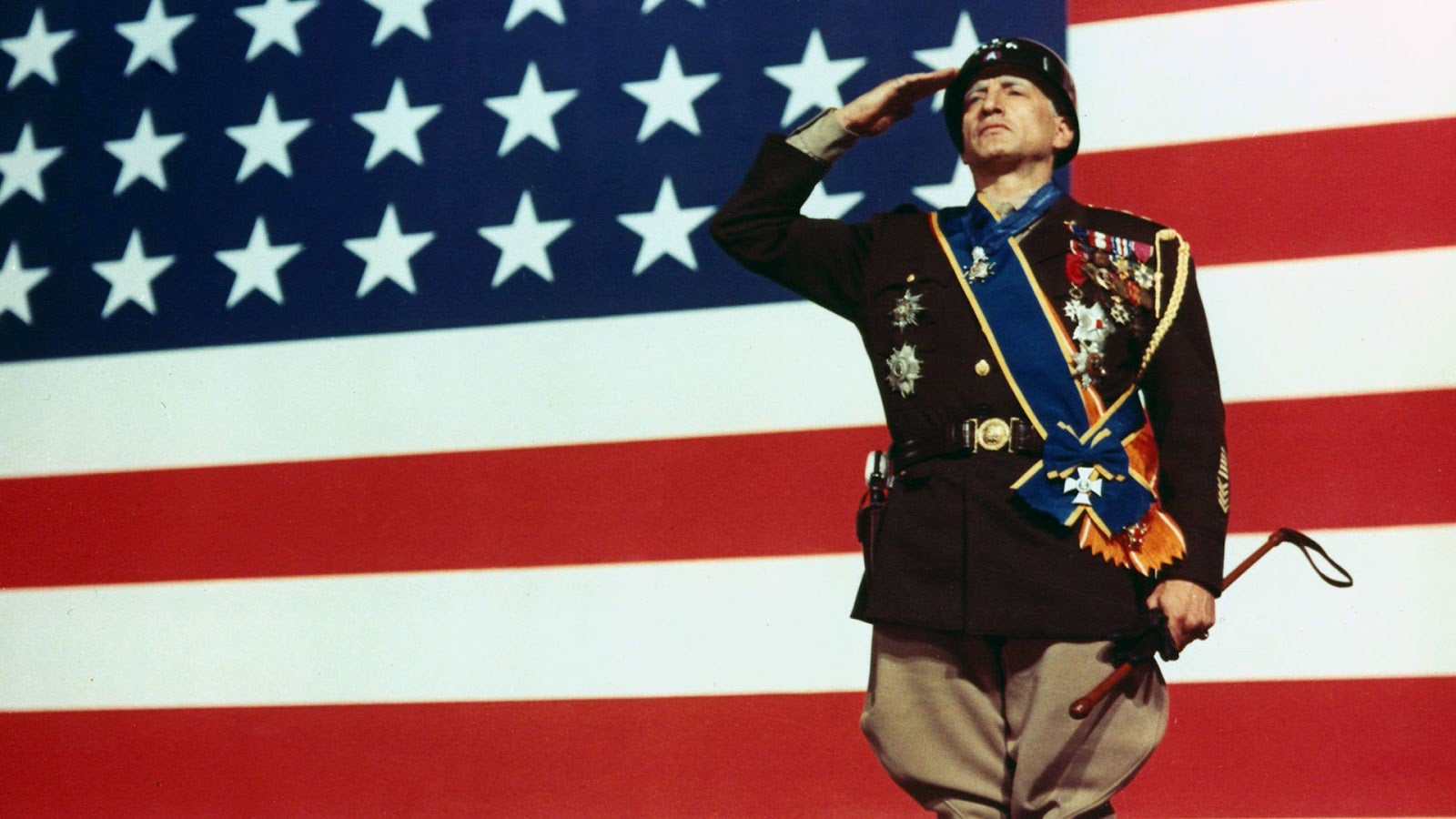 When George C. Scott delivered his tour de force as American General George S. Patton in the 1970 move Patton, the media had one main question for veterans that watched the film: “Was he like the real Patton?”

Almost to a man, the dogfaces that served with Patton, especially the vaunted Third Army, said that oh yes, Scott seemed to be Patton and Patton seemed to be Scott. Ironically, many said that the only discernible difference was that the real Patton had a fairly high-pitched voice! That odd description didn’t seem to fit with the image of the hard-charging tank commander-turned battlefield genius.

In any event, the real George Patton was an intimidating figure in Europe in the 1940s. His men fairly feared him, but so did the Nazis. They were convinced that Patton might actually lead troops at the invasion sight in France that everyone knew was coming.

Instead, as we all know, Eisenhower kept Patton in the doghouse and then used him as the decoy of all decoys on the Day of days. By the time he had been given a new commission during the drive through northern France, Patton was chomping at the bit to reach Berlin first with Third Army.

One sergeant who served under him, Truman Kesterson, was tasked one night with taking some men across the Rhine, in order to bring back prisoners to interrogate. Patton himself called him into headquarters and gruffly gave the order.

“What if we don’t find any prisoners?” Kesterson asked.

“Well, then, don’t come back.” Patton’s eyes flashed. There was no possibility his wishes wouldn’t be carried out and sure enough, the next day, the Nazi high command at a French chateau lay dead, while two prisoners were now in American hands.

Patton had that effect on the war.

His legend from 1941-45 is fairly well known today. Films, documentaries and books have kept alive the man that stood 6’2” and stared-down international leaders.

What isn’t as well-known are the stories before that, the ones that accumulated when he was a young man in Virginia, and through his cadet years.

Here is a portion of a poem he wrote in 1919, “A Soldier’s Burial,” while laid up by the chicken pox:

But in the subtle stillness after fight,

In the half light between the night and day,

We dragged his body, all besmeared with mud,

And dropped it, clod-like, back into the clay.

Patton was formulating his strategies using tanks. He also had time to politic, telling General Black Jack Pershing that he should throw his hat into the presidential ring, advising the famed leader that others far more ambitious were attempting to marginalize the hero of the AEF.

His eye for detail matched his legendary ego. It was around this time that he learned from the Hold Manufacturing Company in Peoria that a five-ton caterpillar tractor reached the summit of Pike’s Peak, in spite of 15 ft. snowdrifts in the last two hours of its ascent. Patton filed away such data as he laid the groundwork for the use of tanks in the next war.

At Camp Meade, Patton’s superiors tried to figure out the best fit for this mercurial officer. One stated that Patton’s only fault lay in his unwillingness to “appreciate the details of team work.” This is a fascinating omen ahead of his clashes with men like Sir Bernard Law Montgomery.

Another officer though offered a strange opinion: Patton, he said, was “average” when it came to common sense and judgment. Even this however presaged his maverick style that would bedevil both the Allied leadership and the Nazis a generation later. Tellingly, Pershing contradicted the previous officer totally when it came to Patton’s common sense and judgment. Here, Black Jack said Patton was “above average.”

It is, after all, a matter of perspective.

Years later, while Hitler was preparing to take power in Germany, Patton entered the Army War College as a student. This would mark a turning point, both in his personal history and world history. For it was at the College that Patton became eligible for commands at the highest levels.