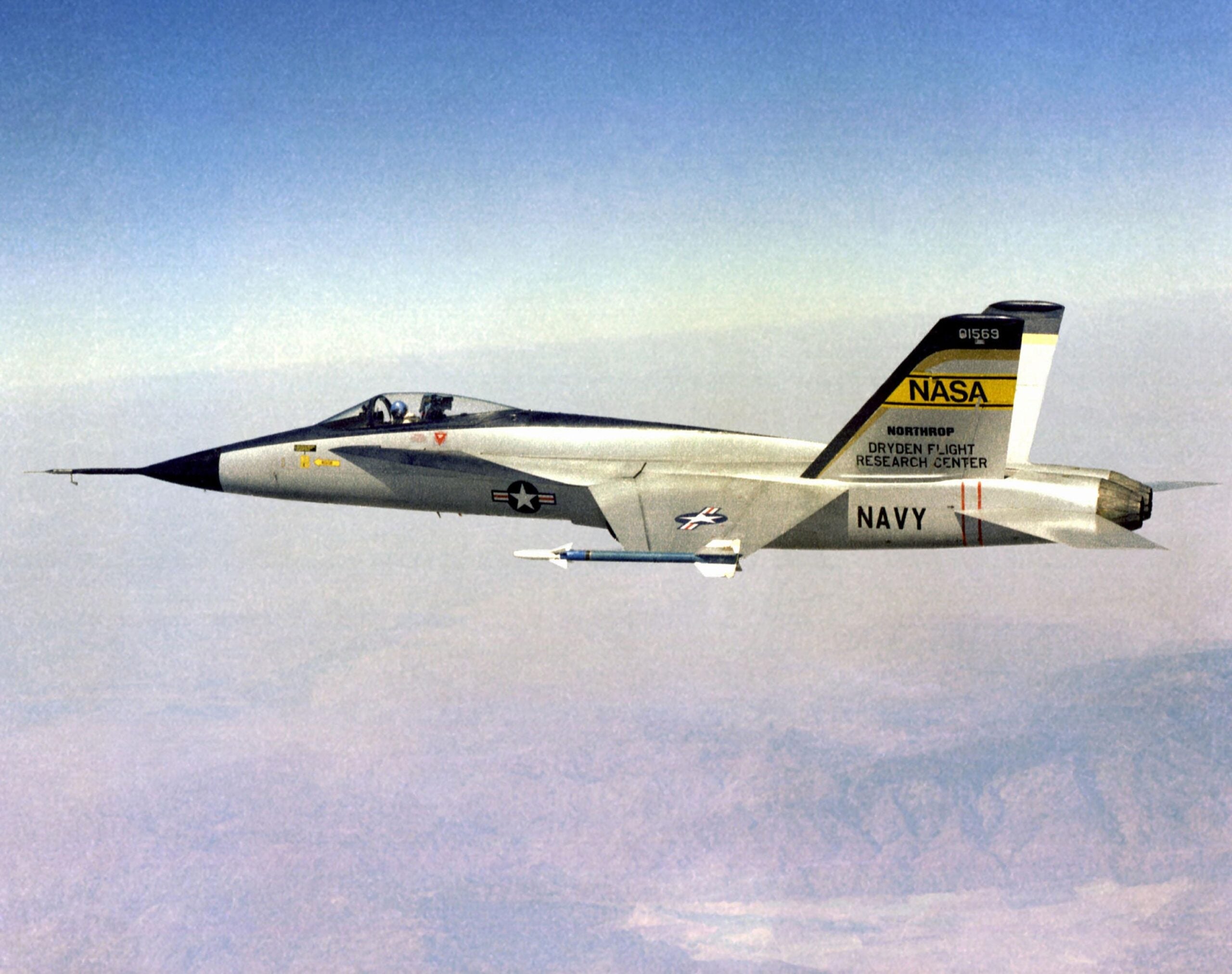 The F/A-18 Hornet and Super Hornet have been the mainstay of U.S. Navy and Marine Corps aviation for the last four decades. The Hornet is also in service with the air forces of allies such as Canada, Australia and Spain, as well as several non-aligned countries, including Switzerland.

First entering Marine Corps service in 1983 and Navy service in 1984, the F/A-18 eventually replaced a variety of aircraft, including the A-4 Skyhawk, A-6 Intruder, A-7 Corsair II, S-3 Viking, and the F-4 Phantom II.

Through successive models, up to the current F/A-18 E and F Super Hornet, the aircraft became the sole fighter-attack aircraft in both services, eventually replacing the F-14 Tomcat and the AV-8 Harrier. The EA-18G Growler, based on the F-18 airframe, is the only tactical electronic warfare aircraft in U.S. service.

The Hornet has acquitted itself well in combat. In 1991, during the first Gulf War, a fight of four Navy F/A-18s, each carrying four 2,000 bombs for a ground attack mission, were alerted to the presence of two Iraqi Air Force Mig-21 fighters. Retaining their bomb load, in less than 40 seconds, both Iraqi aircraft were engaged and shot down. The flight completed the ground attack mission and returned safely to their carrier, the USS Saratoga.

So, what is the origin of this proven sea warrior that replaced the legendary aircraft of the Vietnam-era and has become a legend itself? Hold on to your seat harness straps, because the thanks, in large part, goes to the U.S. Air Force.

It is said that the only time the Air Force and the Navy truly stop fighting each other is when a new war breaks out and that they only pause to reevaluate the new circumstances to reposition themselves to resume their eternal battle with each other.

At the end of the Vietnam War, both Navy and Air Force tactical aviation had some soul-searching to do over the relatively poor performance of U.S. fighters against the North Vietnamese Air Force. While political restrictions stacked the deck against U.S fighter pilots during the war, the ill-advised removal of aircraft cannons for air-to-air engagements, and the abysmal performance of the air-to-air missiles they then had to rely on, resulted in the lowest kill ratios since the early days of World War II.

Early on, the Navy developed the F-14 Tomcat to ensure adequate fighter protection for its carrier groups. The Air Force quickly followed suit with the F-15 Eagle. Both aircraft were expensive thoroughbreds, specifically designed for air-to-air superiority. This left both services with fleets of aging F-4s and A-7s for the ground attack role. Many European and Asian allies were facing the same situation.

The Air Force initiated the Lightweight Fighter Program in 1974 which kicked off a competition for a smaller, less expensive fighter attack aircraft. Significant advances in electronics and engine technology resulted in two extremely capable prototype aircraft, the General Dynamics YF-16, and Northup YF-17, being selected for the final competition. The YF-17 had twin engines, twin tails and was larger, heavier, and more expensive than the YF-16. The YF-16 was a smaller single-engine aircraft, and demonstrated superior acceleration, climb rates, endurance, and turn rates, compared to the YF-17. The YF-16 used the same Pratt & Whitney F100 turbofan engine as the F-15, which further reduced acquisition costs and streamlined logistics in the field. The YF-16 was selected as the new Air Force fighter amidst the economic malaise that existed in late 1974.

In the meantime, the Navy was in the market for a fighter/attack aircraft to replace its aging and diverse fleet of attack-capable aircraft.  When permission was sought for the Navy to start its own fighter/attack aircraft competition, both Congress and the Secretary of Defense at the time directed the Navy to look at the YF-16 and YF-17 that had emerged from the Air Force competition.

The Navy quickly determined that the YF-16 was too much of a fighter, with too small a weapons payload to meet their attack needs. The smaller size also prevented the landing gear upgrades needed for the shock of carrier landings. In addition, long experience in maritime aviation dictated that two engines were always better than one. Since Northrup, the original designer of the YF-17 did not have experience with naval aircraft, a partnership with McDonnell Douglas was formed to adapt the aircraft that would become the F/A-18 Hornet.

Fortunately for service egos, the replacement aircraft for both the F-16, F/A-18, and the Marines’ AV-8 Harrier, the Lockheed Martin F-35 Lightning II, was designed jointly from the start, with three distinct variants for each of the three services. The Lightning II name, however, is a tip of the flight cap to the Army Air Force’s legendary World War Two fighter, the P-38 Lightning.