Ron Rivera was guided in life by his career Army father, in football by John Madden - We Are The Mighty

Ron Rivera was guided in life by his career Army father, in football by John Madden 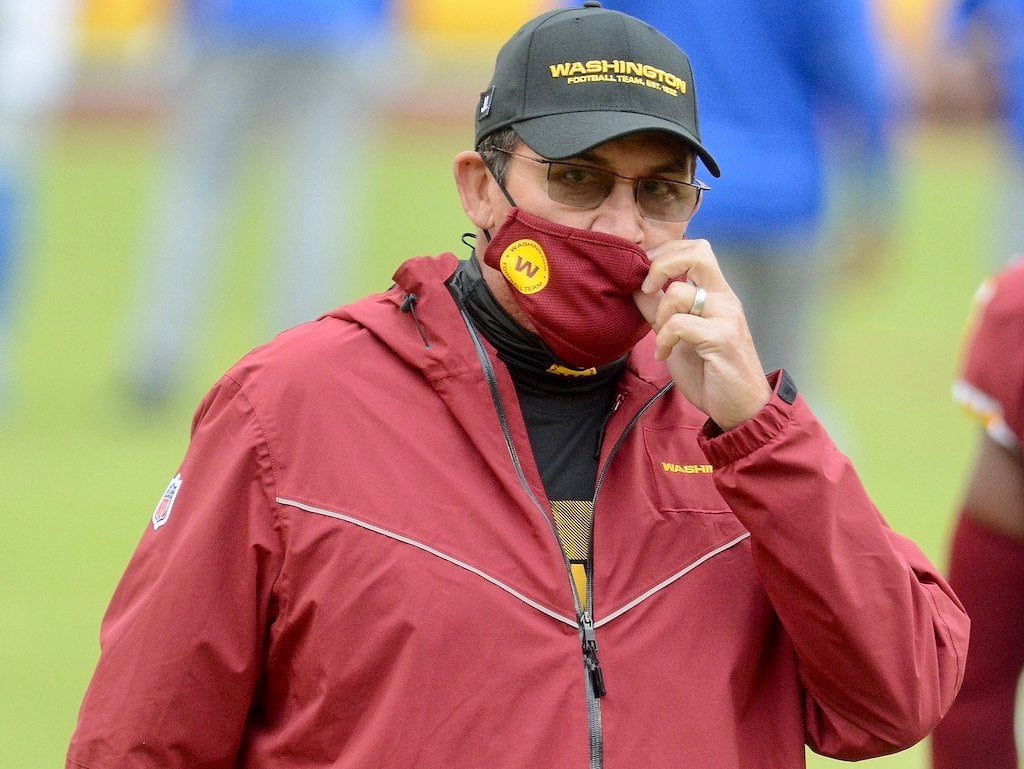 Washington Commanders coach Ron Rivera has a long history with military service. He didn’t serve himself, he played for the Chicago Bears after college, part of the famous 1985 Bears defense that won Super Bowl XX. Rivera did grow up in a military household, born at Fort Ord and raised with the military discipline of a father who served 32 years in the Army.

“Growing up in the military was a definite benefit for us,” he told We Are The Mighty. “When I became a head coach, my father told me, ‘Ronnie, when things happen, people are gonna look to you. When I was in the service and things got hot, everybody looked to the commanding officer… if he was in control, we were in control… make sure you present the right image.’”

Rivera was a guest in USAA’s Salute to Service Lounge at Super Bowl LVI in February 2022. There, he spoke to military members, veterans and their families and held an exclusive autograph signing.

“One thing I try to get across to these folks is that we really do appreciate their service,” he said. “Not just those who are serving, but also the dependents, because they serve as well. It’s a big commitment, it’s a big sacrifice.”

As Washington’s head coach, one of the biggest questions for Rivera in the USAA Salute to Service Lounge was introducing the team’s new, military-inspired nickname, the Commanders. The name was chosen out of 30,000 submissions.

“The thought process behind that is that being a Commander is about leadership,” Rivera said. “What we’re trying to get across to the community is that anyone in the community can take the lead. I appreciate our new name because it identifies the area we’re in, but also there’s a huge military presence.”

“I learned [as a military dependent], to evaluate people based on merit, that you get what you earned, and always thought that was a great way to go,” he said. “When you develop a culture, the first thing you have to do is make sure everyone understands the culture is about the team. That’s what I believe in.”

Today, Coach Rivera is a two-time NFL Coach of the Year recipient and led the Carolina Panthers to Super Bowl 50 against the Denver Broncos. When he first started out, he didn’t get much advice, so he sought out a mentor to help him develop and grow. Ron Rivera’s mentor was the legendary John Madden.

Under Madden’s direction, Rivera began to look at his successes on the field when the game was decided by 6 points or less. He was 3-13 in those situations. Rivera realized he was playing the game “by the book,” playing conservatively even when his instinct told him to take more risks.

Coach Madden told him he knew the game of football, and that he should trust his instincts more when the situation called for it, such as going for the first down on 4th and 1 instead of taking the field goal or punting. When he started taking those risks, he began to win more close games. It’s how he earned the nickname “Riverboat Ron.”

After departing Carolina after nine seasons, Rivera was able to boast four playoff appearances and the team’s all-time best win record. Although he’s been in Washington for two seasons, he’s led the team through its name changes and hopes to establish a winning legacy for the Commanders.

It all started, he said, with getting a mentor – something he advises all military members to do for their own careers.