Today in military history: Operation Rolling Thunder - We Are The Mighty 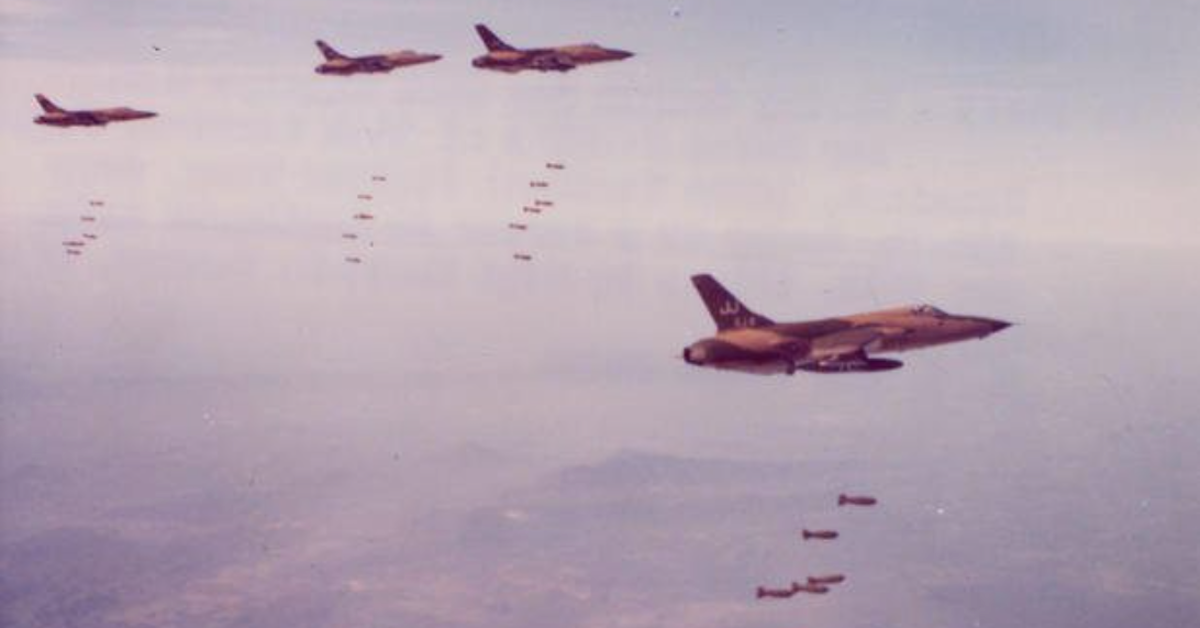 Rolling Thunder was the 1967-68 bombing campaign of North Vietnam that American generals were sure would break the will of the enemy and lead to victory in the war. It did massive damage but, as history later revealed, the United States underestimated the commitment of the Vietnamese people to unified self-government and overestimated their commitment to Communism.

In 1965, President Lyndon B. Johnson ordered the sustained bombing of North Vietnamese targets — many of which he personally chose. The United States and South Vietnamese targeted transportation routes, ammunition and supplies, oil storage facilities, and eventually power plants and factories.

On March 14 and 15, allies bombed barracks and depots 100 miles south of Hanoi. It was the first raid in Operation Rolling Thunder to use napalm.

From 1965 to 1968, it is estimated that 643,000 tons of bombs were dropped on North Vietnamese targets, and President Richard M. Nixon would resume the practice after taking office in 1969. The United States hoped it would fatigue communist leaders and weaken their resolve in the war, but time would reveal their determination in the ill-fated conflict.