Why the Army-Navy Game matters to 3 top Army leaders 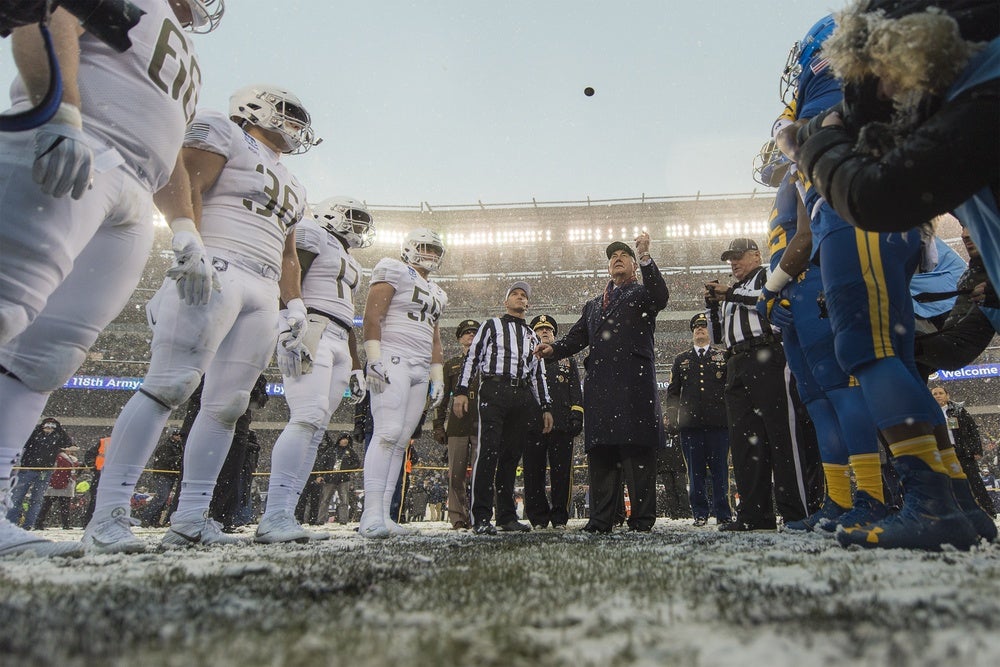 The Army-Navy Game is celebrated by all members of the respective services, not just graduates of the academies. For a soldier who did not attend West Point, the cadet running out on the field wearing their Army jersey still represents them. We Are The Mighty sat down with three of the Army’s senior most officials to learn why the game matters to them.

Secretary of the Army Christine Wormuth is the chief executive officer of the Department of the Army. She is also the first woman to hold the position, entering the office in May 2021. She highlighted the significance of the Army-Navy rivalry and teamwork between the services. “This is the one day out of 365 where the Army and Navy are battling each other,” she said. “But, every other day, we’re all part of the joint force and I think one of the things that’s fantastic about this is that, particularly for the seniors on both teams, they’re gonna graduate and become officers…all serving together to defend the country.”

Chief of Staff of the Army General James McConville highlighted the quality of the players that take the field in the Army-Navy Game. “We are gonna see the best that America has to offer,” he said. Gen. McConville also noted the collaborative effort that the players make off the field. “When the game is over, they’re gonna go serve together in the joint force and they’re gonna do great things by protecting the nation.”

Sergeant Major of the Army Michael Grinston predicted an Army win of 17-10. While he echoed Gen. McConville and Secretary Wormuth’s sentiments regarding the joint Army-Navy force, Sgt. Maj. Grinston also noted the military ceremonial aspect of the Army-Navy Game. “I love the pageantry, the March On and everything that’s done on the field and how we lead up to it,” he said. “It’s a great event and it’s something that I really, really enjoy attending as the Sergeant Major of the Army.”

While players on the field and their classmates in the stands will go on to serve the nation in their respective branches, attending West Point or Annapolis is not the only way to join the military. ROTC and OCS offer alternate pathways to commissioning and enlisting is a great way to learn a skill, gain experience and serve your country. For young Americans who want to serve but fall short in terms of academics or physical fitness, the Army started the Future Soldier Prep Course to help applicants meet the standard before going to boot camp.