The 2021 Army-Navy game uniforms are epic 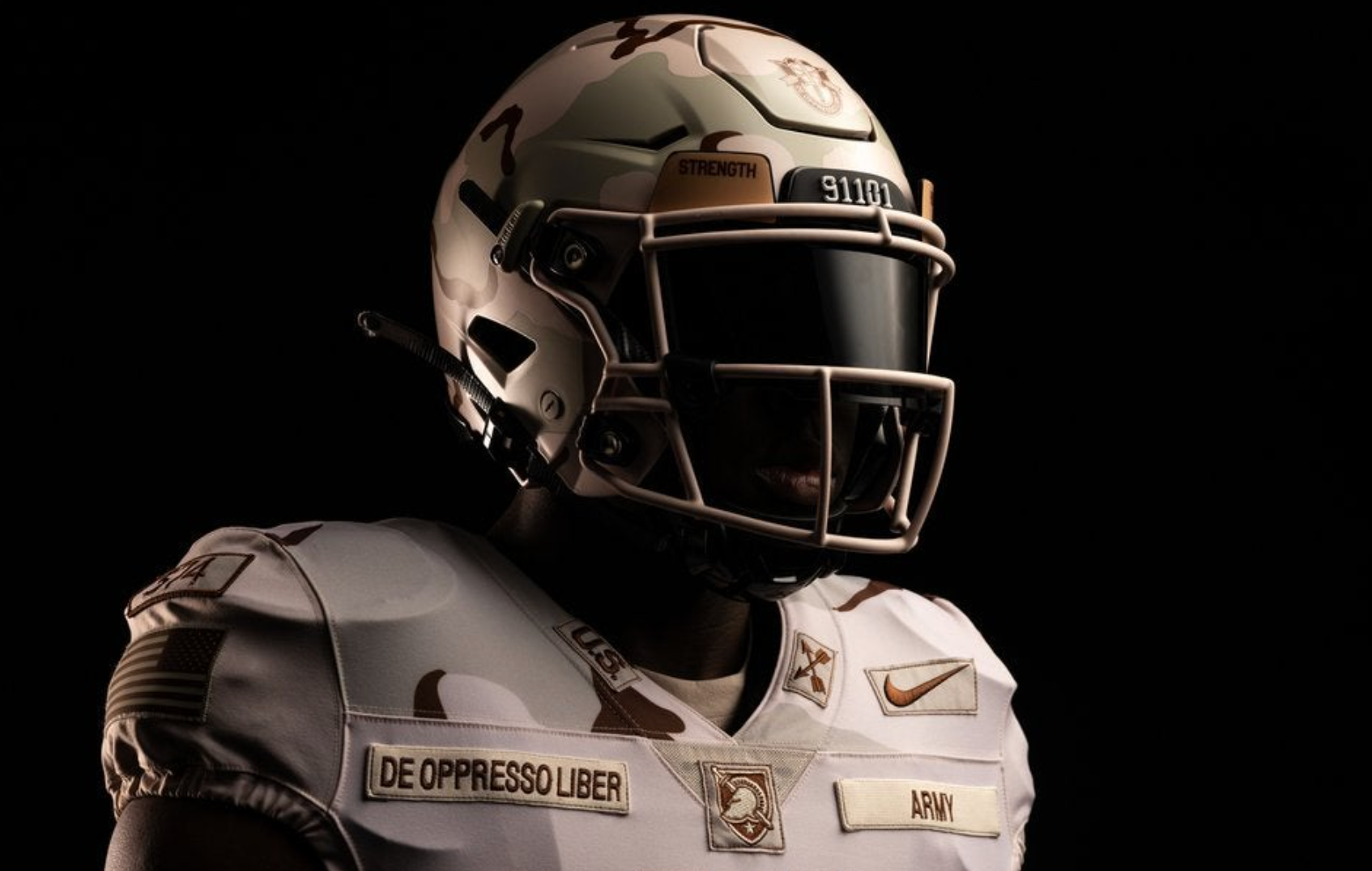 The Army-Navy football game has been called America’s Game. It sees United States Military Academy’s Black Knights take on the United States Naval Academy’s Midshipmen in a battle of the branches that attracts military and civilian viewers alike. This patriotic matchup is commemorated with special uniforms that often pay tribute to a specific unit or community in the respective branches. For 2021, Army and Navy have some epic-looking game day uniforms.

TF Dagger worked with CIA operatives and anti-Taliban Afghan forces, most notably the Northern Alliance and southern Pashtun tribes, to destroy Al Qaeda and remove the Taliban from power. Small groups of elite operators called in the might of U.S. air power and, in conjunction with fierce Afghan fighters, succeeded in this mission.

Army’s 2021 Army-Navy uniforms feature the three-color Desert Camouflage Pattern featured on the Desert Combat Uniform worn by the ODAs of Task Force Dagger. Made by Nike, the uniforms also bear the Special Forces collar insignia of crossed arrows, the Special Forces motto “De Oppresso Liber” meaning “To Free The Oppressed,” and the Task Force Dagger Patch. The back of the helmet also features the patch of the Army’s 160th Special Operations Aviation Regiment that supported TF Dagger. References to 9/11 include “UNITED WE STAND” on the back of the uniform and tributes to the Pentagon, Twin Towers and Flight 93 along with the abbreviations DC, NY and PA.

By contrast, Navy’s uniform takes to the air and enters the Danger Zone with a “Fly Navy” aviation theme. Made by Under Armour, the uniform focuses specifically on the F/A-18E/F Super Hornet fighter jet. America’s fleet of 11 nuclear-powered aircraft carriers can deploy up to 44 of these multi-role strike fighters around the world at any given time to project American power.

The Super Hornet is featured prominently on the 2021 helmet along with the American military aircraft roundel. The white star with red and white stripes on a blue background is also featured on both shoulders of the jersey. Although a monochromatic roundel is used as a low-visibility marking for strike aircraft, one “Legacy” jet in each squadron sports the full-colored red, white, and blue roundel. The back of the helmet features the gold wings of Naval Aviators, Naval Flight Officers and Naval Aircrew. On the left upper chest of the jersey is the patch of the Strike Fighter Wing, U.S. Atlantic Fleet based at NAS Oceana.

Whether you’re rooting for Army or Navy, these distinct uniforms bring the fighting spirit of each branch to the field and will be exciting to see in the 2021 Army-Navy Game.