This recruit lost over 100 pounds to join the Marine Corps

This recruit lost over 100 pounds to join the Marine Corps 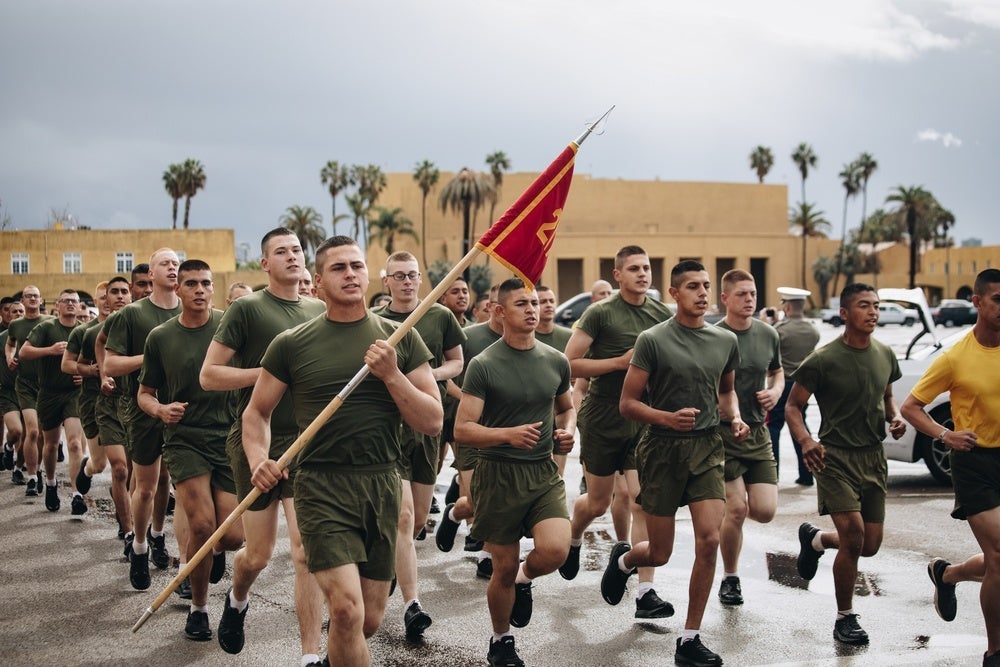 Marine recruits have to be physically fit to make it through boot camp and earn the Eagle, Globe, and Anchor (U.S. Marine Corps).

In September 2022, a DoD study revealed that just 23% of Americans between the ages of 17 and 24 qualified for military service. The biggest disqualifying factor is weight, with the national obesity rate continuing to climb. This was 19-year-old Austin Stephen’s problem when he tried to join the Marine Corps.

Stephens weighed over 300 pounds when he first met Marine Staff Recruiter Staff Sgt. Caros Reinhold. “When he said he wanted to be a Marine, I took that to heart,” Reinhold told Fox 19 WLUC. “It meant a lot to me.” Determined to help Stephens achieve his goal of joining the Marines, Reinhold took him under his wing to lose the necessary weight.

With hard work, determination, and Reinhold’s guidance, Stephens lost over 100 pounds in a year. “It was worth it,” Reinhold said. “He is an outstanding young man.” The Staff Sergeant and other Marines inspired Stephens along his path towards Marine boot camp.

“I looked at myself, and I looked at Staff Sergeant Reinhold and Sergeant Kohrs and other Marines when I realized I needed to hold myself to a higher standard,” Stephens told Fox 19 WLUC. Having met his weight goal, Stephens is on his way to joining the ranks of the U.S. Marine Corps. “It is a family. I am excited to be a part of it,” he said.

Stephens, who is now at Marine Corps Recruit Depot San Diego for boot camp, hopes that his story will inspire others. “I just hope people see it and realize they can always do more,” he said. “They can push themselves to a higher standard than they are right now.” After boot camp, Stephens hopes to specialize in cybersecurity.