Through celebrating the life of a sister and comrade, Army vets begin to heal - We Are The Mighty

Through celebrating the life of a sister and comrade, Army vets begin to heal 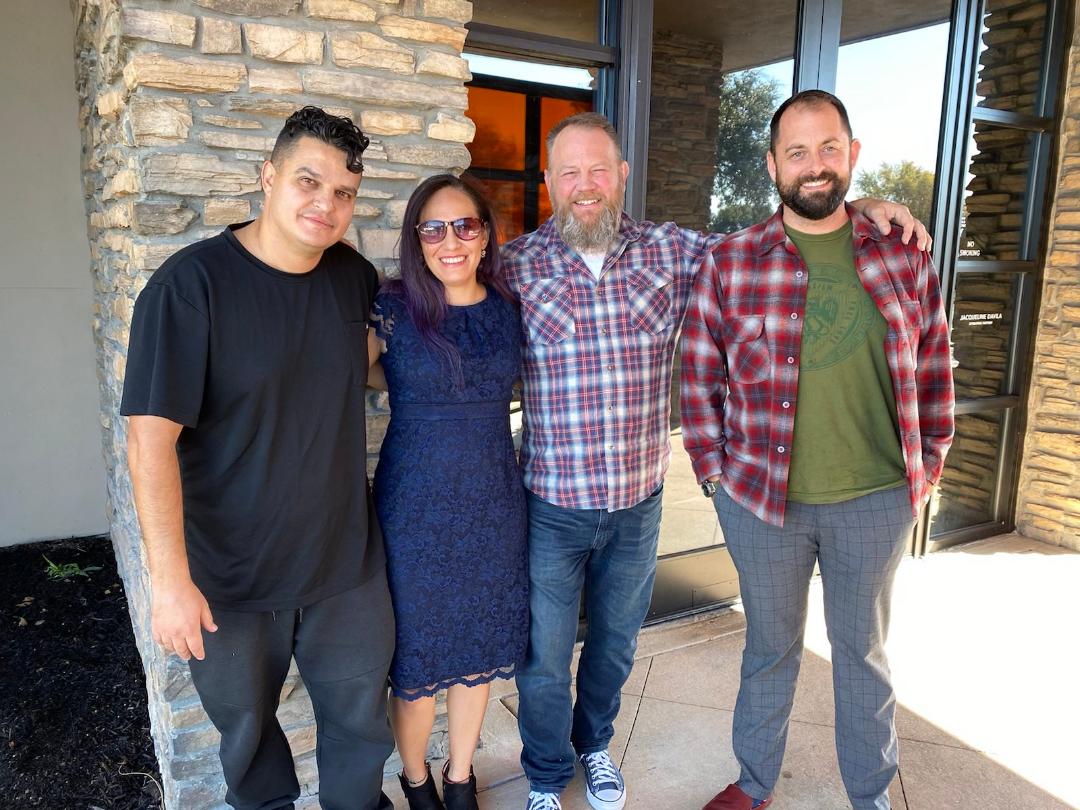 Marisol Heredia was an adventurous young woman who was full of life, and while her free-spirited way had to be tempered when joining the military, she assimilated herself into a dedicated, hard working soldier. Unfortunately on July 18 2007, at the age of 19, the Army Specialist’s life was cut short in Iraq when a generator exploded and obviously the tragic fall out was not contained. The soldier who tried to save her and Marisol’s family had to travel their own journeys, which finally came full circle in November 2021.

“We just hugged. I couldn’t believe I was meeting him,” said Marisol’s sister Claudia Billiot of Larry Teakell, who won the Soldier’s Medal for his heroic attempt.

For the Billiots, there was always a huge void in terms of the actual events. She and her husband Shane, who both enlisted after 9/11, only got the official account from the Army and very little detail. “You can tell me; I’m ok – I want to know from you,” she told Teakell over lunch in San Antonio.

Teakell recalled the sound of a blood curdling scream, and outside on break, the medic ran inside to find a wall of fire. “She came out of that wall of fire,” he remembered.

Teakell yelled, “Stop, drop and roll!” but the diesel fuel reignited (and ultimately left 80% of her body burned). In response, the soldier used his body to smother the flames and his hands to put the fire out around her hair and face. “I couldn’t believe what he did to save my sister,” Billiot extolled.

Claudia also learned that Larry’s scars run deeper than she could have imagined. “He showed me his arms, and said, ‘It’s like your sister is in me — our skin melted together,” the New Braunfels, Texas resident relayed the account.

Fused together, a sentiment that was very familiar for Claudia. “Whenever I felt sad she would always give me big bear hugs,” said Billiot. “I called them Care Bear hugs.” Claudia has always been quick to cut off any semblance of a hug, and Marisol’s insistence does a pretty good job of summing up her persistence. “If she wanted to do something, she was going to do it,” said Billiot, “whatever she put her mind to.”

On the other hand, Teakell refused to oblige when Marisol told him to just let her die. “I was like, I’m not going to let you die in Iraq,” said Teakell, who was the Acting Staff Sergeant in charge of the aid station.

The soldier insisted she get to her feet, and under his assistance, Marisol walked to the aid station. “She was brave,” Bllliot assured, and the strength Teakell recounted gave the sister true solace after all these years. At the same time, Billiot sensed that Teakell was also stuck and needed to let it out. “He had tears in his eyes, I felt so much sadness,” said Billiot, who achieved an E-4 Specialist rank in her four years served. Thus, his pain had long emanated from the belief that he did not do enough to save Marisol. “But I realized this wasn’t the case,” said the Woodway, Texas resident. His journey back did begin before the meeting, though. The crevice he fell into actually arose from an initial peak. Marisol did survive the incident and was recovering in a San Antonio hospital but developing pneumonia proved her ultimate demise. “I was on a high because I saved somebody,” he said. “Then when she didn’t make it, I felt destroyed.”

Adding PTSD to the guilt and disappointment, Teakell sidestepped the pain and ended up digging himself a deeper hole. “Pushing it all down and not dealing with it,” Teakell lamented. “In 2012, I had a little breakdown.” As a result, Teakell enlisted in the Strong Star Program and participated in a form of immersion therapy. “You tell your story over and over again until you can tell the story without being so emotional,” Teakell instructed. Getting back on his feet, Teakell reached the rank of First Sergeant by the time he left the military in 2015, and the knife making business he began continued his healing journey. A hand made item, the process forges fire and steel. “The way I see it, I control fire and make something beautiful,” Teakell boasted.

The shiny luster and cutting edge blade isn’t all he rejoices in, though. “Everything I do honors Marisol,” asserted the founder of Junkyard Tactical.

Teakell also found himself in position to step up for those who weren’t yet ready to step up for themselves. While still in the military, he said, “I started to speak against the stigma. I wanted people to get the help they need.”

Currently writing a book about what it took for him to get there, the soldier’s steady hand allowed him to help another sufferer and led to the meeting with the Billiots. Captain Bradley Smith was the platoon leader at the time, and he also felt he could have done more. But Teakell was eventually able to convince his friend there was nothing more that could have been done. They remained in contact, and it was Smith who contacted the Billiots and arranged the meeting. Smith flew in from Washington State, Teakell picked him up in Dallas, and they drove to Louisiana, where Marisol lies in the national cemetery. The next day, the meeting took place at P.F. Chang’s. “I was crying, she was crying,” Teakell recalled. Teakell was eager to fill in the blanks nonetheless and was rewarded with Claudia’s gratitude. “He gave us more time to say goodbye in America instead of having her die in Iraq,” Claudia conveyed.

As for Shane Billiot, who served four years and also achieved a Specialist Rank of E-4, he mostly stayed quiet and was there to comfort his wife on a day he knew would be tough. “I let them talk. It was very sad. But at the same time, I knew the meeting would be very good closure,” said Shane Billiot, who owns a restaurant in San Marcos called OMG Seafood. But open-ended isn’t bad either, because phone numbers have been exchanged and dates are in the making. “They’ve invited us to their home, and we plan on going,” concluded Shane. “I think it’s a bond that we will forever be able to cherish. It will fully grow, and I think as the bond grows, the healing will grow as well.”