Today in military history: Iraq War begins - We Are The Mighty 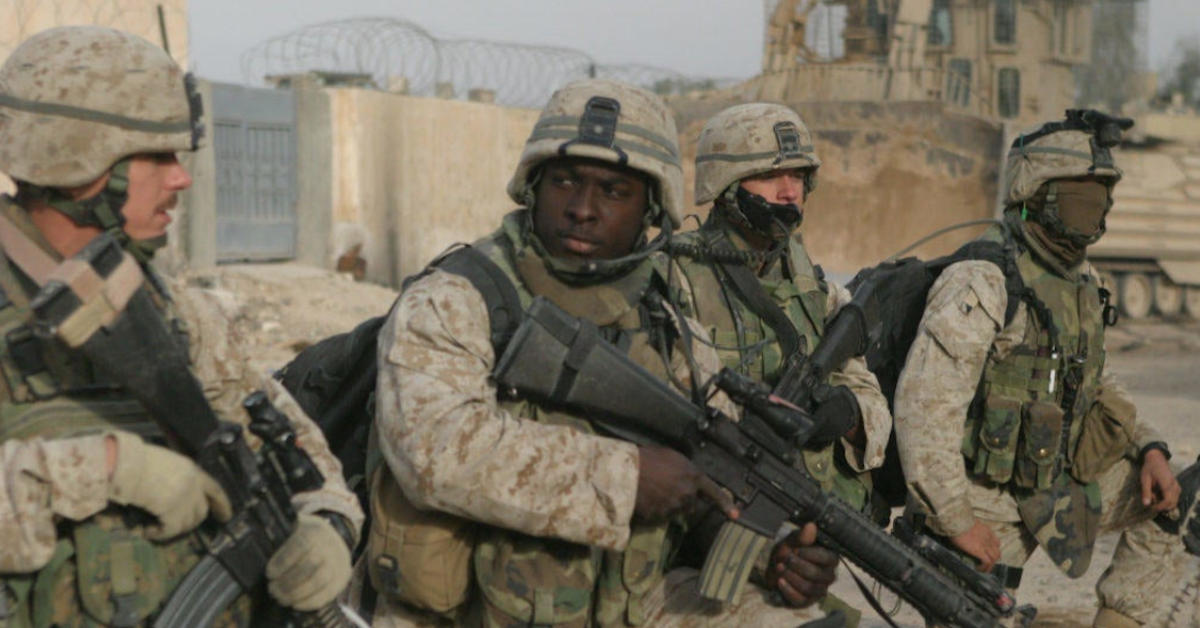 On March 19, 2003, the United States and coalition forces initiated war against Iraq.

The U.S. moved toward an aggressive Iraq policy with the election of President George W. Bush in 2000. After the September 11 attacks, Iraq became the focus of international attention, and in February 2003, evidence surfaced that suggested Hussein was hiding weapons of mass destruction.

Hussein was given a deadline to leave Iraq, which he ignored. The coalition forces launched a “shock and awe” campaign, striking targets of military importance with Tomahawk cruise missiles. The U.S. launched preemptive airstrikes against Saddam Hussein’s Presidential Palace and military targets followed by 67,700 “boots on the ground” and another 15,000 Navy personnel deployed on ships in the region.

Iraq fell within five weeks of the invasion, but an insurgency and influx of al Qaeda-inspired fighters poured into the country and employed guerrilla warfare tactics against U.S. troops. Hussein was captured in December 2003 and tried for crimes against humanity. He was executed in 2006.

In 2005, the Iraqi people elected a National Assembly and a new constitution was ratified. Today, the federal government of Iraq is a democratic, federal parliamentary Islamic republic, but the country remains politically tenuous.

No weapons of mass destruction were ever found.

On Dec. 15, 2011, the Chairman of the Joint Chiefs of Staff and other top U.S. military leaders observed the official end of U.S. Forces Iraq’s mission after nearly nine years of conflict that claimed the lives of nearly 4,500 troops.