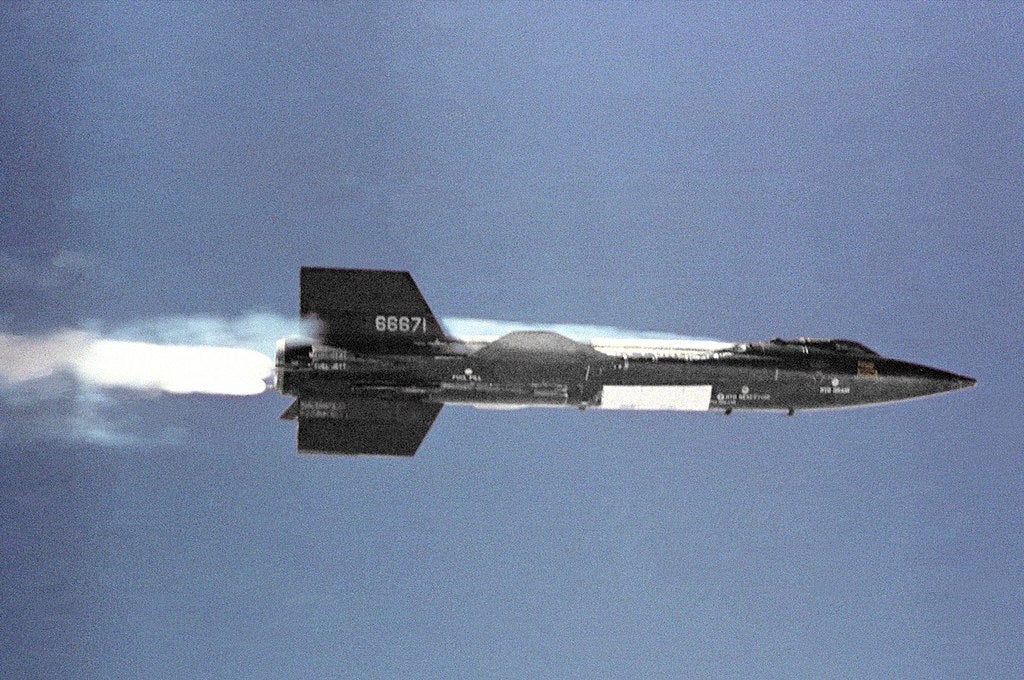 In October 1967, test pilot and soon-to-be astronaut William J. Knight was flying at an altitude of more than 102,000 feet when he accelerated his aircraft to Mach 6.7. That flight set the official world record for the highest speed ever recorded by a crewed, powered aircraft. It’s a record that still stands today. Knight was in the cockpit of the North American X-15, an experimental high-speed rocket-powered research aircraft. The X-15 program flew three X-15s on 199 flights between 1959 and 1968. In that time, the program, like all of the X-planes, tested aerodynamic concepts along with aviation and spaceflight technologies.

It was also really cool. It was originally intended to be the means by which the U.S. Air Force and NASA launched military-crewed spacecraft into orbit, but NASA canceled its part of the program in favor of Project Mercury. Still, the X-15 provided some valuable research.

It was the first crewed hypersonic aircraft, but had a lot of work to do before it could achieve the speeds that set the world record. Essentially a rocket with a cockpit, the developers had to figure out how to give it landing gear, drop the lower tail fin stabilizer for landing, and design a metal alloy that could withstand the friction of flying at nearly Mach 7.

The X-15 was launched from a mother ship, a B-52 Stratofortress Bomber. After reaching 500 miles per hour at an altitude of 8.5 miles above the Earth, the rocket plane was released. It took off with 16,000 pounds of thrust, nearly three times as much as Bell X-1 flown by Chuck Yeager to break the sound barrier in 1947.

Soviet cosmonaut Yuri Gagarin became the first man in space in 1961, and astronaut Alan Shephard became the first American later that year. The North American X-15 had the ability to break that barrier much sooner. In 1959, the X-15 took its first powered flight. In 1963, test pilot Joe Walker took the X-15 above 100 kilometers, crossing the internationally-recognized boundary between Earth and space.

Although fast and high, the main rocket only powered the plane for a short amount of time, and the X-15 could not maintain that altitude without the rocket. In all, 12 pilots flew the X-15 throughout its 199 flights, including astronaut Neil Armstrong, the first man on the moon. Five U.S. Air Force pilots were awarded their astronaut wings after breaking the barrier. Three civilian pilots had to wait 35 years after their flights to receive their wings.

For such a high-intensity series of high-speed and high altitude missions, the X-15 program had a relatively safe record for its pilots. In 1962, U.S. Navy test pilot John McKay was injured while landing his X-15. the plane was also damaged, but it gave planners an opportunity to rebuild the craft with some improvements, including extended fuel tanks and a heat-resistant coating.

Only one pilot died in testing the rocket-propelled aircraft. Maj. Michael J. Adams was killed during a 1967 descent when his aircraft went into a hypersonic spin. It broke apart completely at 60,000 feet, scattering debris across 50 miles. A monument was built near where the cockpit was found among the wreckage of the plane. His name was later added to the Astronaut Memorial.

Pilots didn’t know that their 199th flight would be their last. A 200th flight was scheduled, but technical issues and weather problems delayed the flight until it was finally canceled in December 1968.