How a Truman staffer described the decision to drop the bombs 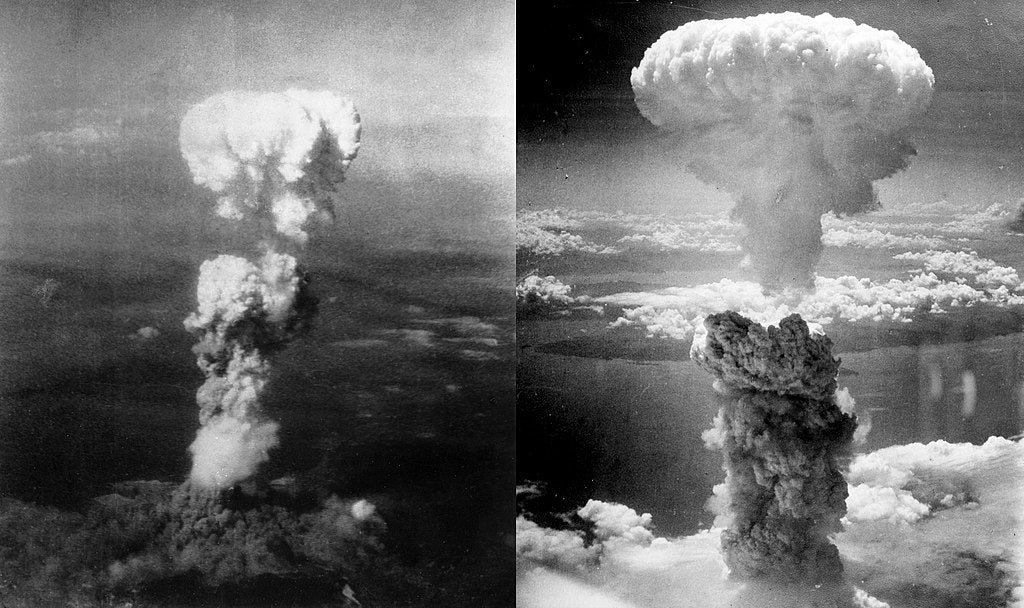 The decision to drop the bombs on Hiroshima and then Nagasaki is one of the most controversial in military history. When looking at it from modern day, it’s easy to see how high the cost of developing and then using the bombs was. Within a few decades, Japanese rates of leukemia doubled, “mutually assured destruction” became our shield, and humans stockpiled enough destructive power to end the world.

But in 1945, the decision facing new-President Harry Truman was terrible. Nearly every battle in the war against Japan was more costly than the one before. Deaths climbed month by month for U.S. service members but also for Japanese troops and civilians.

At Saipan, Japanese troops murdered their own civilians or terrified them into mass suicides. At Leyte Gulf, Kamikaze pilots, often under duress, crashed their planes into American ships in suicidal and devastating attacks. And then there was Okinawa, where 20,000 American and 77,000 Japanese troops perished alongside tens of thousands of civilians. The battle was less than 3 months long.

President Franklin D. Roosevelt, the longest-serving president in U.S. history, died in Georgia of a cerebral hemorrhage during the Battle of Okinawa. His successor, President Harry Truman, got a surprising briefing soon after he took his oath. The United States was close to developing an atomic weapon with previously impossible destructive power.

From his first briefing, Truman saw the two camps that were already forming. James Byrnes, a high-ranking advisor and future secretary of state, represented one. It called for the bomb’s rapid completion and use. The second was embodied in Secretary of War Henry Stimson. He had a much more nuanced view and cautioned Truman that the bomb would remake the world order.

Meanwhile, the sunk costs to develop the bomb were huge. And most of the project’s leadership called for its use.

George Elsey, as quoted by David McCullough, later said, “Truman made no decision because there was no decision to make. He could no more have stopped it than a train moving down a track…It’s all well and good to come along later to say the bomb was a horrible thing. The whole goddamn war was a terrible thing.”

Truman decides to drop the bombs

Truman, for his part, never hid behind the bureaucratic inertia. He accepted that the decision was his. And he later accepted responsibility for his decision. Faced the astronomical projections of U.S., Japanese, and civilian casualties that would result from an invasion of the home islands, Truman looked for an alternative.

Some of his advisors suggested further firebombing. Some called for poisonous gas deployment. Leaders from the Manhattan Project called for an atomic attack. Truman gave Japan one last call for their unconditional surrender.

When Japan sent no response, he allowed the War Department to proceed with atomic strikes on August 6 and August 9, 1945. Approximately 105,000 civilians died and another 90,000 were injured.

Still, surrender was slow to come

The Supreme War Council in Japan still, even after the dropping of both bombs and a declaration of war by the Soviet Union, could not come to the decision to surrender on its own. Emperor Hirohito had to break the deadlock and spoke in support of surrender.

Finally, Japan essentially ended the war on August 15, 1945, with a radio broadcast by the emperor. Most Japanese heard their emperor’s voice for the first time that day.

Truman, for his part, initially went back and forth on his decision to drop the bomb, but he ultimately regretted it. This is not surprising since he had a very limited understanding of the weapon in 1945 and a much greater one by 1953. A particularly troubling development: civilian leukemia deaths spiked to twice what the population would otherwise have been expected to suffer.

But the weapon also caused its own weather, spread fires, poisoned water, and decimated the medical infrastructure civilians needed after they were hurt by the bomb. A Japanese monk described the city’s ordeal after the Hiroshima bombing.

When, in 1953, Atomic Energy Commissioner Thomas Murray tried to confirm that Truman did not see the weapon as immoral, Truman wrote back, “I rather think you have put a wrong construction on my approach to the use of the atomic bomb. It is far worse than gas and biological warfare because it affects the civilian population and murders them by the wholesale.”