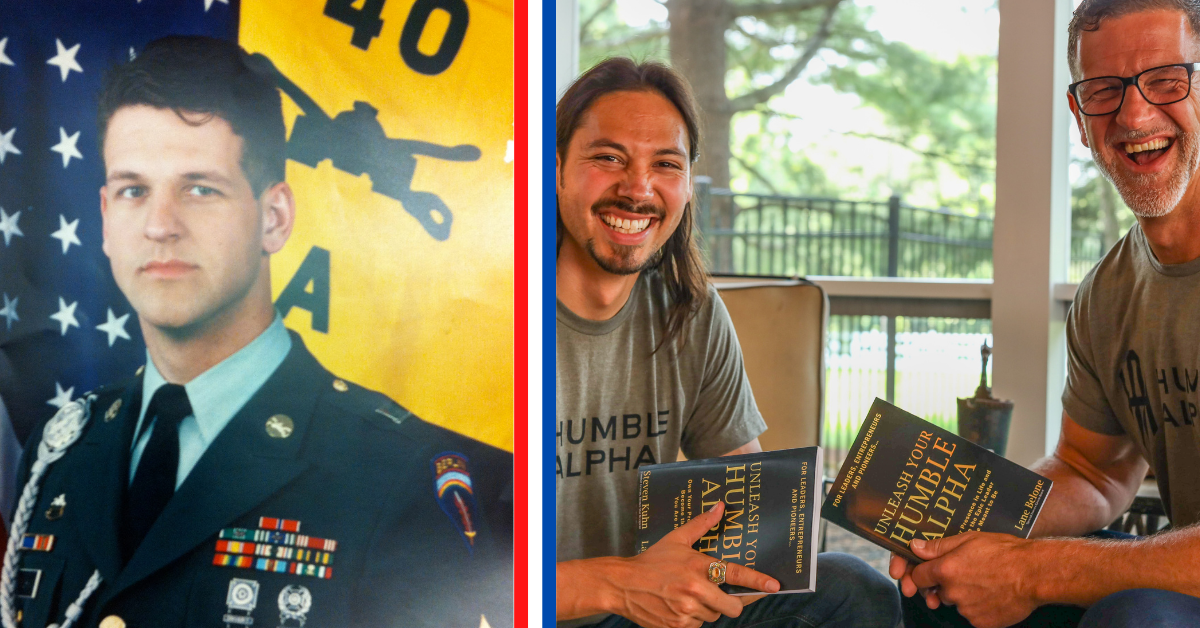 Cryptocurrency is arguably the newest and most unique way of investing, though the military community has often been left out of the wealth building discussion. One veteran-owned business is ensuring they’re at the front of the line.

The Humble Alpha Veteran Empowerment is built on harnessing your authentic identity and moving forward. It was created from the ashes, trials and triumphs of its founders.

Steven Kuhn served in the Army from 1986 to 1993 and deployed to Desert Storm, where he earned a Bronze Star. Military service was a family affair with its roots traced all the way back to the Revolutionary War. When he wrapped up his service he was stationed in Germany and decided to stay.

For twenty years he lived throughout Europe where he owned various cocktail bars and a consulting business, seemingly happy and fulfilled. Until it all came crashing down, as he put it.

“I ended up recovering at a Christian monastery in the mountains of Austria,” he shared. Though Kuhn eventually returned to the consulting world after relocating to Hungary, something was missing. “I really wanted to get back into the veteran space because I had just been away for so long. I wanted to give back and share my experiences to help others.”

After meeting Green Beret veteran Lane Belone during a veteran retreat in Peru, he knew their collective ideas could spark good and be successful. “We started the Warrior Council which is a paid group of veterans who seek guidance, a little bit more defined ,once a week. And then we wrote the book Unleash Your Humble Alpha,” Kuhn said.

The organization has mentor groups, an online personal and business development university and now, a unique investment opportunity and community tailored to veterans. “We have created an NFT blockchain platform which works exclusively with projects that have real world impact,” he shared.

NFT (Non-Fungible Token) is a form of cryptocurrency, a digital currency designed to work as an exchange between computer systems and does not rely on a bank or the government to manage it. The newest version of this monetary technology revolves around units of data which allows digital data like music, images, videos and art to be acquired and traded. As HAVE decided to get into the space, its founders knew exactly what they wanted to bring to the market.

First on deck are 5,555 Marine Bulldogs to honor the Marine Corps, followed by the other branches of service. “The whole point of this project is to get veterans involved in this digital economy. You can hedge or stake your coins in order to earn passive income,” Kuhn explained. “We’ve seen certain NFTs start at $50 and then grow to be worth $200,000. I’m not saying that’s what’s going to happen here but we’re building an opportunity for veterans to get into it while its affordable.”

More than bringing veterans to the digital cryptocurrency space, HAVE is building a community with even deeper opportunities for growth and giving back. When the challenge coins sell or get resold, HAVE will be donating to nonprofit organizations serving veterans. “We’re moving farther into the metaverse with fractional real estate investment, fractional VC and venture capital,” Kuhn added.

This Desert Storm veteran hopes to use his struggles and experiences to help other veterans grow and prosper. Kuhn remains grateful for every part of his path, which has led him right where he needs to be. Living authentically and still serving.