Today in military history: Julius Caesar is murdered - We Are The Mighty 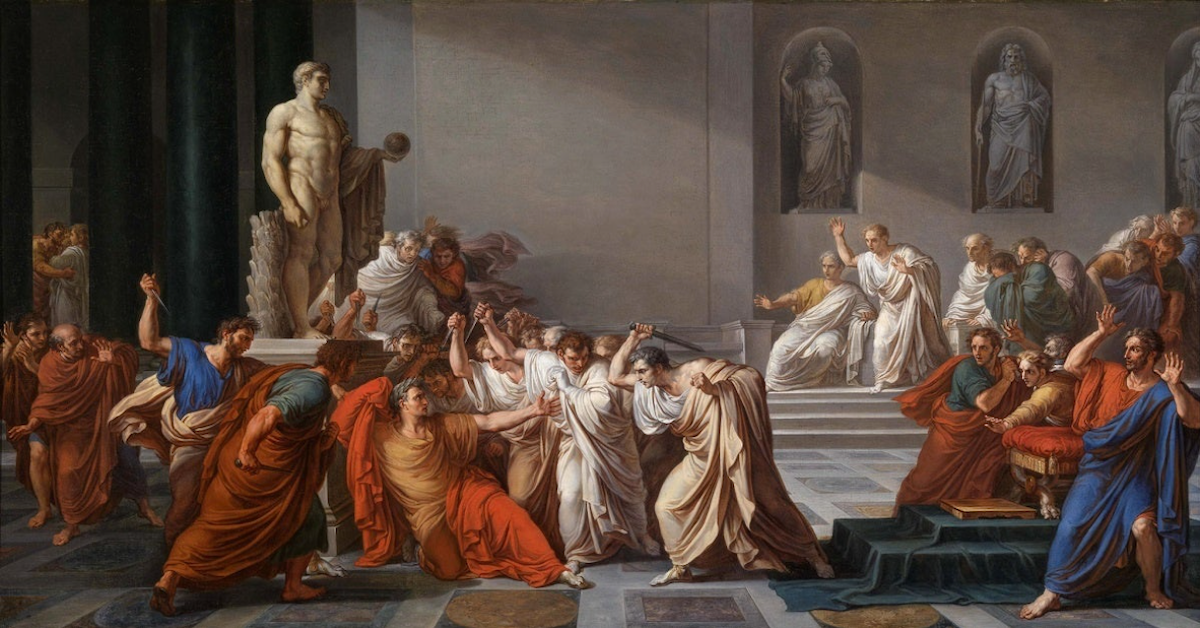 On the Ides of March, 44 BCE, Julius Caesar was murdered by his own senators, including his protege, Marcus Brutus.

Gaius Julius Caesar was a Roman politician and general who expanded the Roman Republic and declared himself dictator for life. He launched social and governmental reform, including the installation of the Julian calendar, support for veterans, and reorganization of the tax system.

The Siege of Alesia is among the most celebrated battles of Roman times and stands as one of Gaius Julius Caesar’s finest victories. The battle was the last major engagement between the Gauls and Rome, precipitating the end of the Gallic Wars and ending Celtic dominance of Western Europe.

His policies began to draw contempt from the elites, however, and on March 15, 44 BCE, he was killed famously on the steps of the Senate — stabbed 23 times, ending his pivotal role in Roman society.

Caesar is remembered as one of the greatest military minds in history and is credited with the rise of what would become the Roman Empire. He was admired by historical icons like Alexander the Great and Napoleon Bonaparte. His name is also synonymous with cults of personality and political strongmen.

Caesar, also known as Caligula, wasn’t always despised. At the beginning of his rule, he freed wrongfully imprisoned citizens and nixed excessively high sales tax, but as time went on, his health deteriorated. Historians believe he may have suffered from several small strokes and possibly depression, and his personality changed drastically. He killed his rivals and forced their parents to watch, among other malicious acts. His political actions were increasingly bold, which may explain why he was eventually overthrown by a group of 60 senators…and in this case, overthrown means murdered.