Today in military history: US-led attack on Afghanistan begins - We Are The Mighty 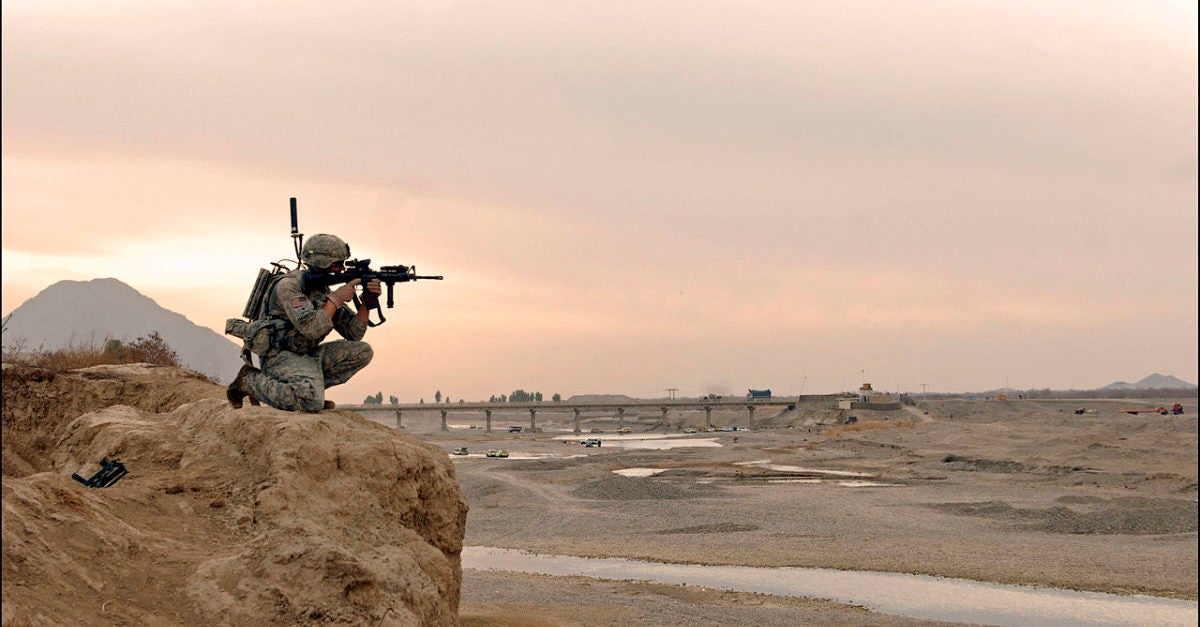 On Oct. 6, 2001, a US-led coalition struck Taliban-controlled Afghanistan in response to the Sep. 11, 2001 terrorist attacks against the United States.

Known as Operation Enduring Freedom, the invasion of Afghanistan was intended to target Osama bin Laden and his terrorist organization al-Qaeda, which the Taliban government harbored.

In what would be the first volleys of the Global War on Terror, coalition forces attacked strategic installations in Jalalabad, Kabul, Kandahar, Konduz, and Mazar-e-Sharif.

The Taliban government was toppled but by Dec. 2001, bin Laden had escaped.

An interim government was set in place as the United Nations invited major Afghan factions to sign the Bonn Agreement, creating an international peacekeeping force to maintain security in Kabul. The Taliban regime collapsed, harkening the beginning of a two-decade struggle for stability in the region.

In 2011 bin Laden was found and killed, but extremist Islamic terrorist organizations continued to attack the U.S. and its allies in the war-torn country and beyond its borders.

During 2019 and 2020, the U.S. entered into peace talks with the Taliban and signed an agreement that paved the way for a withdrawal of American troops on the promise that the Taliban would not use Afghanistan for terrorist activities. In the days following the peace agreement, Taliban fighters carried out dozens of attacks against Afghan security forces, foreshadowing the chaos to come.

After twenty years of conflict, in the summer of 2021 the United States withdrew the remaining 3,500 troops from the country, which quickly ushered in the collapse of the Afghan government as Taliban fighters overran the capital. Six thousand U.S. troops were mustered to help evacuate thousands of Afghans attempting to flee the country, including Afghans who had worked with the United States and other targets of Taliban cruelty.