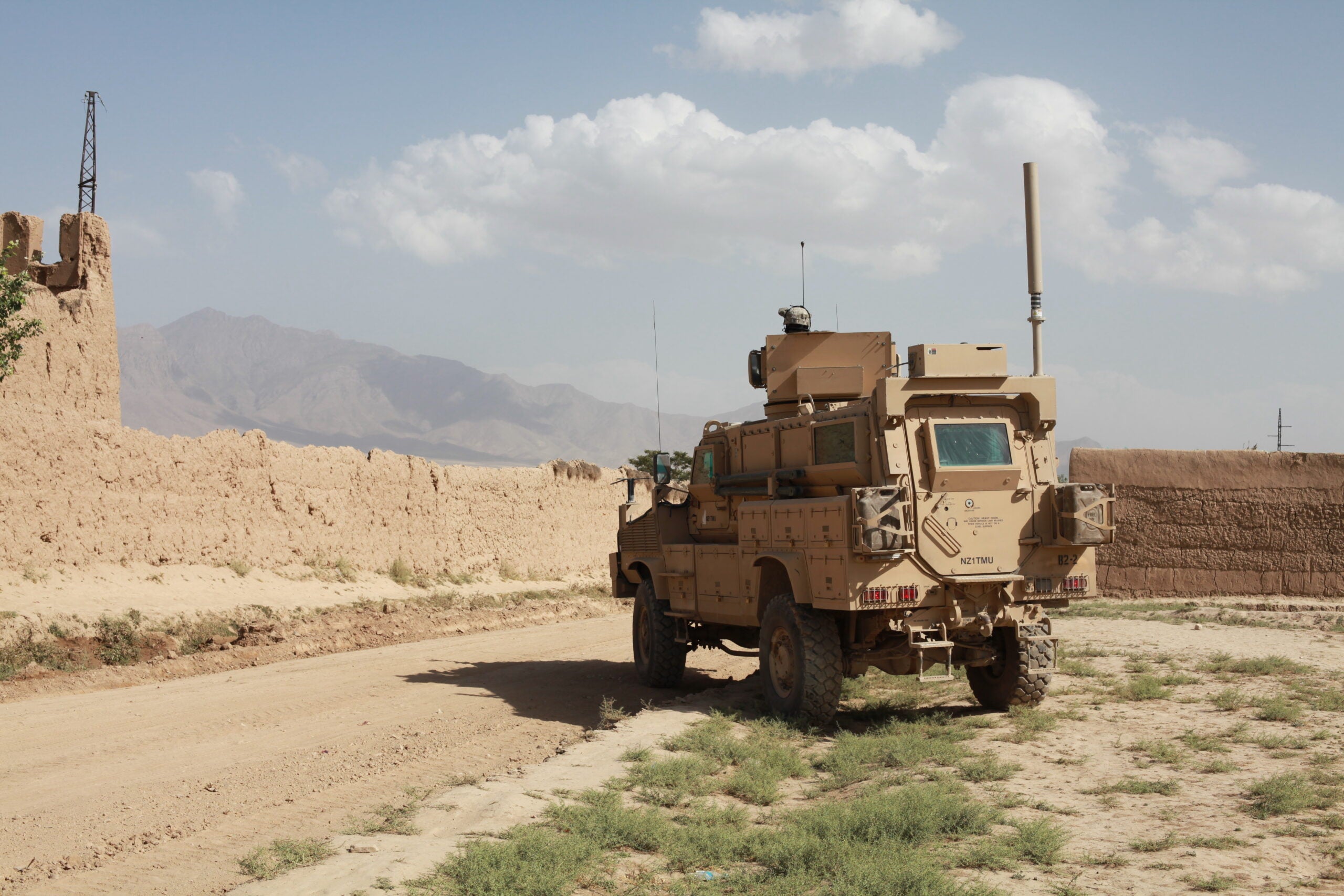 More than 800,000 U.S. service members supported American operations in Afghanistan between October 2001 and August 2021. Their unique experiences vary by the timing and location of their deployment, their rank and role within their unit, and, for some, how precisely they followed the footfalls of the service member walking before them through explosive-laden terrain. In Bravo Company: An Afghanistan Deployment and its Aftermath, author Ben Kesling zeroes in on the lives of several hundred paratroopers from the U.S. Army’s 82nd Airborne Division who were deployed to the Taliban-controlled Arghandab valley of Afghanistan’s Kandahar province in late 2009.

Published on Nov. 1 by Abrams Press, Bravo Company is a salty, irreverent, thoughtful, and deeply poignant tribute to the company’s paratroopers. With the universality of its themes, it is an equally stunning Veterans Day tribute to the courage of every man and woman who volunteered to defend our nation against aggressors. Bravo Company can also help bridge a widening divide between civilians and military members by offering up insights into the diverse perspectives of those who choose to serve.

Just months before 4,000 paratroopers in the 82nd Airborne’s Fourth Brigade were set to deploy to Iraq in 2009, former president Barack Obama began shifting troops to Afghanistan. The brigade, which included Bravo Company, was given a new mission. Under the leadership of various NATO partners, they would advise and assist elements of the Afghan military and police.

Frustrations mounted as monotony colored the early days of the deployment. Then, during a four-day mission training Afghan police, members of Bravo Company ran into a Taliban ambush. The Talibs expected “a convoy of Afghan soldiers, a soft, juicy, lovely target bumping down the road without American support.” They were wrong. Kesling writes:

“The ill-prepared and hasty Afghan National Army… convoy was followed shortly by a bunch of American paratroopers from Bravo Company. What was worse for the Taliban was this was a bunch of paratroopers who had trained for more than a year to destroy the enemy in a situation just like this. All the ranges and training missions back home had been for this right here. And those American paratroopers were tired of their boring advise-and-assist mission and wanted nothing more than to unleash the full fury of the promises made to them since boot camp.”

In the resulting slaughter, dubbed the Halloween Zombie Massacre, no members of Bravo Company were hurt. But when Bravo Company’s battalion commander successfully exchanged his paratroopers’ advisory roles for a chance at combat in the Arghandab valley, the results were deadly.

The company built its first combat outpost atop a radish field in relative peace. The day after Christmas, the operational tempo began to shift. Taliban IEDs began to claim paratroopers’ lives, deprive them of their limbs, and permanently alter their brain health.

In his description of their time in the Arghandab, Kesling gives readers far more than vignettes about warfighting. Insider’s looks at the foibles of the war’s strategic oversight will intrigue military historians and hopefully give insight to future practitioners of conflict. Bravo Company’s staccato observations of intimate struggles of fighting a war will tug at readers’ hearts. For instance, of an officer grappling with his unit’s first death, Kesling writes: “What they don’t tell you at West Point is that you lose even if you are successful in your mission. You lose when the men under your command are hurt, maimed, killed, or broken psychologically. There’s no way to really win once everything is tallied up – there’s always loss. That’s war.” Kesling also describes the ever-present tension for loved ones back home. “If that spouse is not on the phone at that very moment with the infantryman deployed in a combat zone, then they can’t be completely, 100 percent certain he’s alive this very moment. The soldiers in those sharply pressed uniforms might be heading over to knock on the front door right now. Or now. Or maybe now.”

Bravo Company neither glorifies nor villainizes war. Kesling acknowledges the “rapture-like orgasmic feeling that comes with stepping out of the wire to defy the odds.” He also brings readers to the Air Force base in Dover, Del., where new Gold Star Families await the return of their service members’ remains. In a hangar, he describes the “living room sets in different styles and configurations…[where] grieving families could pick out the spot where they’d feel most comfortable sitting and waiting for a dead son, a dead daughter. Do we want modern and sleek couches, maybe? Perhaps something more traditional?”

When they left the Arghandab, Kesling writes that “Bravo Company was still Bravo Company, but it was also completely and totally different.” As the paratroopers moved on to different units, or transitioned to civilian life, “they [became] free-floating individuals, and there [were] no clear physical bonds to hold them all together.” Some paratroopers were learning to walk with new prosthetic devices at Walter Reed. Others were working through recovery after sustaining traumatic brain injuries from their proximity to Taliban explosives. A few members of the unit were plagued by suicidal ideation, problems with drugs, or troubles with their marriages. After one member of Bravo Company committed suicide in 2018, the group came together to guard against further losses.

During a weekend retreat known as Operation Resiliency, members of the company participated in a structured series of deep conversations and outdoor activities facilitated by mental health professionals and representatives from the Department of Veterans Affairs. Per Kesling, the retreat had the desired effect, spawning “reconnection [that] gave some of the men a renewed sense of purpose, or at least…a new feeling of indebtedness to each other.”

Bravo Company stands as a hearty tribute to the losses sustained in the Arghandab, and long after the company’s homecoming. Kesling’s treatment of the restorative post-traumatic growth fostered during Operation Resiliency may spur other veterans to reconnect with their tribes to create a path through periods of difficulty. Particularly today, Bravo Company also offers a vehicle for civilians to learn more about the men and women we send to do our fighting, and how we can support them after they return home.

Author Beth Bailey (@BWBailey85) is a freelance writer from the Detroit area.