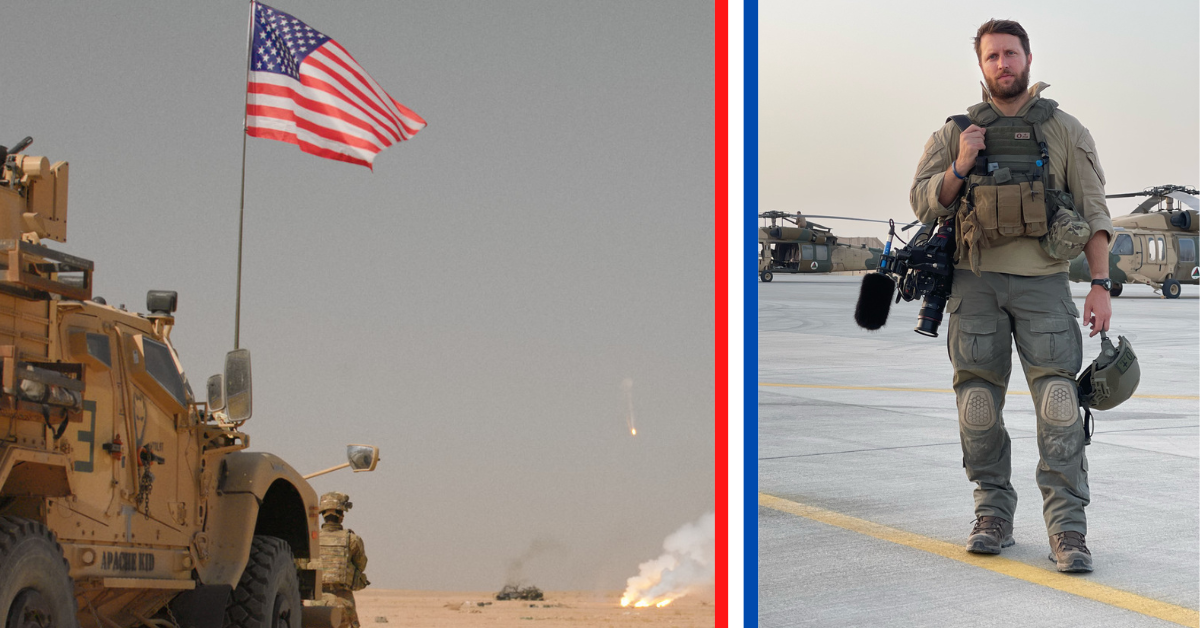 Director and Filmmaker Matthew Heineman is known for his extraordinary Academy Award nominated and Golden Globe winning films. Managing his emotions in the delicate and traumatizing situations he shoots in is a must behind the camera. Documenting the fall of Afghanistan in National Geographic’s Retrograde made it impossible.

Initially, the film wasn’t about the heartbreaking humanitarian crisis that developed but about Green Berets on a deployment. “I don’t really go into films like this with a preordained agenda that I’m trying to fulfill or a script that I’m following. The original intent of the film was to document a deployment, both from the soldiers perspective and then the families back home,” Heineman explained.

The Army Special Forces (Green Berets) are known for being “quiet professionals.” That they’d allow a film crew to come behind the curtain was almost unprecedented.

“It took years to gain the trust of the Green Beret community and then COVID happened. By the time we deployed it was January 2021 and it became clear that actually we can tell the story of the end of the war in Afghanistan through the prism of this ‘last’ deployment,” he shared.

As you begin the documentary, you hear President George W. Bush speaking from the treaty room announcing the launch of the War on Terror in Afghanistan. This is followed by commentary from President Obama, President Trump and ends with President Biden asking how many more Americans they should be asked to send in order to fight Afghanistan’s Civil War.

Viewers are brought to the gates of the Kabul Airport in August of 2021. Afghan civilians barely react as they watch their countrymen gunned down by the Taliban as they try to seek escape before the military withdraws. The bleakness of their reality is nothing new.

A flashback to January 2021 reveals the last ODA attached to 10th Special Forces Group as they prepare for what is likely to be their last mission in Afghanistan.

“I think my style of filmmaking of not taking sides of not bringing politics into it was something that was obviously very attractive to them,” Heineman said. “It’s an observational type of filmmaking that allows real life to unfold in real time.”

Retrograde shows the deep relationship between the ODA and the Afghan National Army. Viewers will also witness the moment the team was recalled from training the partner force. Though they were sent back home, Heineman and his crew received permission to embed with one of the leaders of the Afghan National Army, General Sami Sadat. As the Taliban got closer and closer to Kabul Airport, there was a frenzy and dread in the air.

Time begins to run out.

“Never in my life have I ever cried while filming. But that scene at the Abbey Gate with thousands of Afghan civilians and partner forces desperately trying to flee? All of them sitting in a four foot sewage ditch, crammed like sardines with 18-year-old Marines who weren’t even alive when the Twin Towers fell making these impossible decisions on who to let and who not to let in,” he explained. “The Taliban was watching us at gunpoint 100 yards away and ISIS was circling in suicide vests waiting to attack, which happened 12 hours later in the very spot that I was filming in. It was very surreal and the tears streamed down my face. I had to keep wiping the lens down and all I could think was, ‘What have we done here’.”

Making Retrograde took Heineman on an emotional and psychological journey he wasn’t prepared for. Watching the story of the end of the war in Afghanistan fade from the news cycle two months after 13 service members were killed defending Abbey Gate was also hard to swallow, he admitted.

“I really wanted people from all political persuasions to come together, come to this film and have an entry point. There was a real conscientious decision not to get into the finger pointing game. There’s enough of that,” Heineman said. “My job was to be there on the ground and document this moment in history.”

Retrograde isn’t an attempt to play the blame game of the war or cast it as a mistake. Instead, it offers the human perspective on the toll it took and the people still suffering because of it. The film is an intimate look behind the curtain of the Afghanistan War, forcing viewers to acknowledge it hasn’t truly ended.

“These are people that we fought alongside, many of whom were living in danger, living in safe houses are now being hunted down by the Taliban. These are American partners, NATO partners and friends,” Heineman said. “I hope that the film can help jump start another conversation around this war and the people we left behind.”