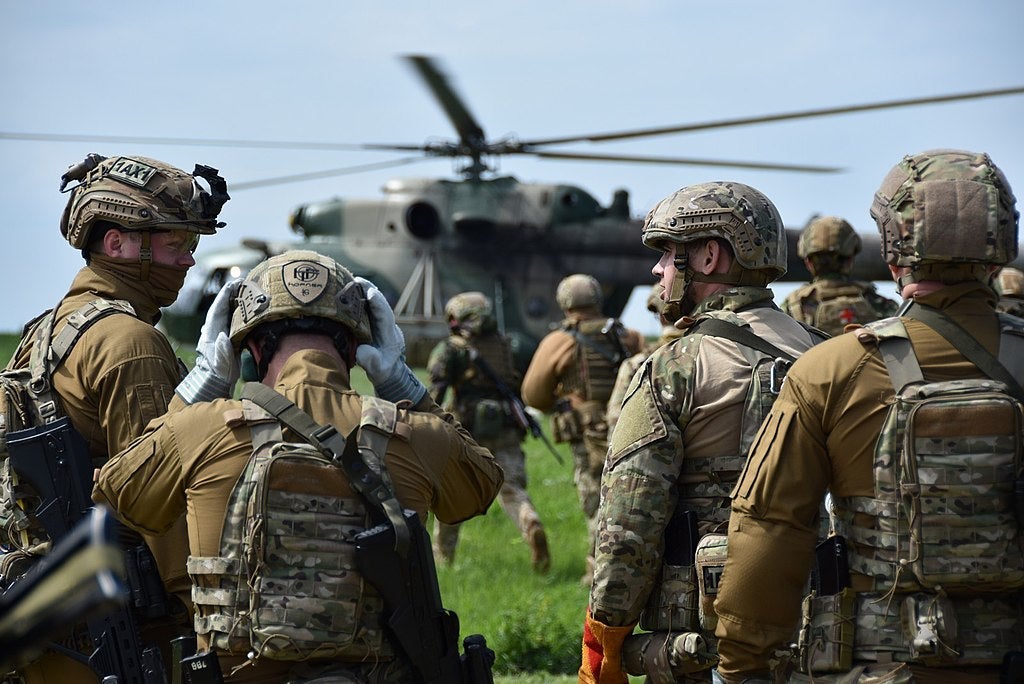 It’s hard to believe 2022 is coming to a close. I saw a meme recently that said, “Nobody claim 2023 as ‘your year.’ We’re all going to walk in real slow. Be good. Be quiet. Be respectful. Don’t touch anything.” It’s hard to imagine that feeling of hope and naiveté we had in 2019, thinking 2020 would be like every other year. But as we slowly get back to normal, we also look at what the world brought us in 2022 and we remember that even in the gravest of circumstances, there is still – always – hope.

There is no greater example than the fight of the Ukrainian people. In his speech to Congress last week, Ukrainian President Volodymyr Zelensky said Ukrainians would celebrate Christmas this year, despite the atrocities of the war. “Even if there is no electricity, the light of our faith in ourselves will not be put out.” Up to you on if you claim 2023 as “Your Year,” but may the faith in yourself only grow stronger this year.

Here’s a look back at our Top 10 performing articles from 2022. We’d love to hear from you on what you’d like to read more of in 2023! History? Profile pieces? Humor? Send us an email at editor@wearethemighty.com. Wishing you and yours a wonderful, happy and MIGHTY New Year!

10 most lethal special operations units from around the world

Special operations forces are the most highly disciplined, mission-capable, and formidable units in the world. They go through rigorous selection processes and training in order to conduct unconventional warfare tasks that are beyond the means of standard military forces. The truth is, the world may never know exactly what these teams have accomplished, but their public records contain enough to earn global respect.

Marines are known to be capable in many different environments and to find a way to adapt and survive. These Marines pressed forward in a tough profession and found success in different ways and roles. Some of these actors may surprise you that they are Marines too and others not so much because of the roles they have played.

In old World War II photos and many World War II movies, the iconic American tank of the war, the M4 Sherman, can be seen carrying logs on the sides of its armor. The sight makes many wonder why a Sherman tank is hauling around the bulk of a tree while it’s already carrying so much.

In 1999, U.S. military planners had to solve a tricky problem: How do you stop a ruthless dictator from breaking the rules without resorting to ruthless tactics yourself?

The F-117 Nighthawk was the U.S. Air Force’s first operational stealth aircraft. It made its maiden voyage in 1981 and reached operational status by 1983. Nighthawks participated in the U.S. invasion of Panama, Operation Just Cause, in 1989, but were widely celebrated for its role in the Gulf War of 1991.

Unless it’s a submarine, you generally don’t want your ship filling with water. Of course, all ships have some amount of ballast water held in ballast tanks and cargo holds. This provides stability and maneuverability on the sea. In combat though, extreme and unconventional measures are sometimes necessary to accomplish the mission.

World War II was a total war, which meant the civilian population of the United States had to do their part to win it. Those who weren’t fighting or directly supporting the war effort were expected to collect scrap metal, grow food to supplement their supply and, above all, ration their use of critical wartime goods.

During the Cold War, the U.S. faced the very real possibility they’d have to rush masses of troops to the front line but wasn’t sure where the front line would open up. While the more obvious places like the Fulda Gap or Checkpoint Charlie had troops, tanks, and helicopters nearby all the time, many other potential flashpoints were lightly defended.

These 4 Marines killed so many Germans, the Nazis thought they were an allied battalion

On Aug. 1, 1944, less than two months after D-Day, Marine Maj. Peter J. Ortiz, five other Marines, and an Army Air Corps officer parachuted into France to assist a few hundred French resistance fighters known as the Maquis in their fight against the Germans. Ortiz had already worked and trained with the Maquis in occupied France from Jan. to May 1944. The mission, Operation Union II, faced a rough start. Due to the danger of the Marines being spotted or drifting away from the drop zone, the jump was conducted at low altitudes.

Ukraine isn’t content to let its suicide drones strike Russian airbases. Nor are the Ukrainian Armed Forces content with hitting targets in the Crimean Peninsula. Ukrainian commandos have struck a Russian airbase far from the fighting in Kherson. This time, the attack came to one of Russia’s northern bases, near the Russian borders with Estonia and Latvia.