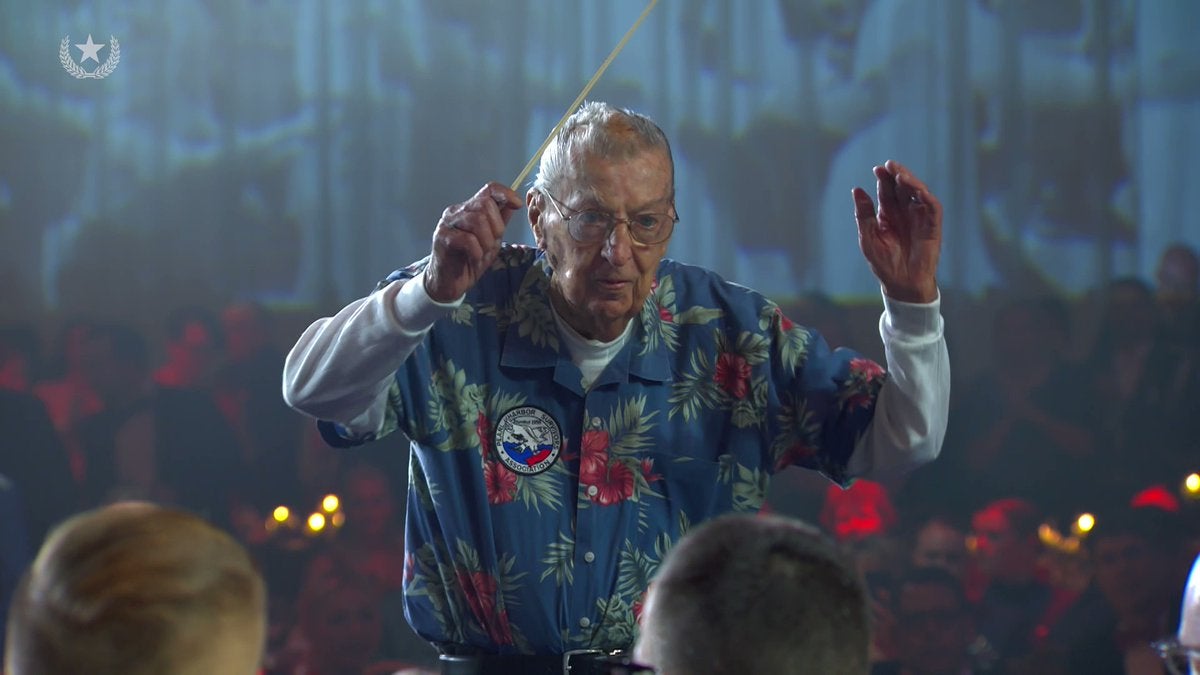 In May 2019, Pearl Harbor survivor set a Guinness World Record as the World’s Oldest Conductor. He conducted a performance of “The Stars and Stripes Forever” at the Pensacola Civic Band’s Memorial Day concert. In November 2021, Emond broke his own record. At the age of 103, he conducted the U.S. Air Force Band’s Airmen of Note in Glenn Miller’s famous “In the Mood” at the Omni Shoreham Hotel in Washington, D.C. The performance was part of the American Veteran Center’s “American Valor: A Salute to Our Heroes” program. Further solidifying his record, Emond returned to conduct during the 2022 production.

Filmed on November 5, AVC’s 2022 “American Valor: A Salute to Our Heroes” premiered on Veterans Day and was hosted by Marine Lt. Col. (ret.) Rob Riggle. Stories of service were shared by other celebrities including Tom Cruise, Bradley Cooper, and Chris Pratt. However, it was Emond’s return to break his own record that stood out. Wearing a Hawaiian shirt with a Pearl Harbor Survivor patch, he led the U.S. Air Force Band in a repeat performance of “In The Mood.”

Emond joined the Navy as a musician in 1938. He served as a French horn player assigned to the USS Pennsylvania (BB-38) and was aboard during the attack on Pearl Harbor on December 7, 1941. That morning, 22-year-old Emond stood at the stern of the ship with the rest of the band to play morning colors. From there, he witnessed the first bomb drop and destroy a hangar on Ford Island. Emond survived the attack on Pearl Harbor and the rest of WWII. After the war, he stayed in the Navy and served a total of 30 years before retiring as a Chief Warrant Officer 4 in 1968.

Settling in Pensacola, Emond continued to perform with the Pensacola Civic Band and led music at the Gonzalez United Methodist Church. He continues to share his love of music and his experience at Pearl Harbor with organizations and individuals that reach out to him from around the world.