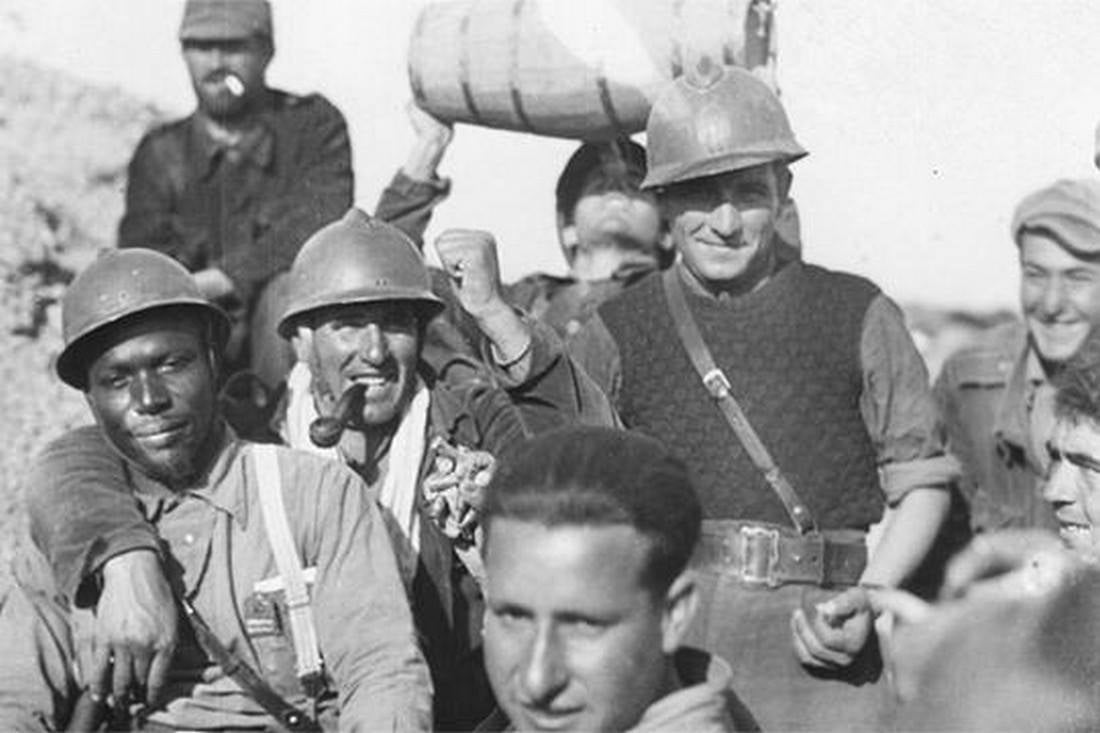 The Spanish Civil War was a cause célèbre for many around the world. At a time when the future of democracy was uncertain, thousands of volunteers poured into Spain to fight for either the Fascist armies of Francisco Franco or the Republican Popular Front. But the Popular Front wasn’t just made of Republicans. It was filled with supporters of the Spanish government and anti-fascists of all types – especially communists.

One of the most storied units of volunteers was the XV International Brigade, and among them was the Abraham Lincoln Brigade, a mixed-race unit filled with U.S. citizens and people from Latin America. Though largely inexperienced in combat, they had leaders who had that experience. Among them was a former American soldier from an all-Black unit who had served on the Mexican border, Oliver Law.

Law was born in Texas and joined the Army in 1919, after the end of World War I. He was stationed in his home state, defending the border with Mexico. He hadn’t served for long, but his experience would prove vital elsewhere. After his time in the Army, he traveled around the U.S., working in various jobs before becoming involved with the pro-labor movement. Law joined the Communist Party of the USA and became active in world events.

His military experience and political beliefs led him to Spain in 1936, where the Republican government, backed by the Soviet Union, was locked in a battle for survival against the professionally-trained armies of Francisco Franco, who was backed by Nazi Germany. In Spain, Communists and Republicans put their differences aside in an effort to defeat Franco and the Nationalist Army.

In 1936, the Nationalists were making an advance on the Spanish capital of Madrid. The situation was grim and it didn’t look as though the Republican forces could hold the city. But the International Brigades, a force of 30,000 volunteers from 52 different countries, arrived in time to make the difference, repelling the Franco and the Nationalists, and keeping the Republican hopes alive.

Inspired by the heroism of the volunteers and their mission, Oliver Law arrived in Spain in 1937. Law, being one of the few Republican volunteers with military experience, was made group leader of a machine gun company on the Jarama Front, along the Jarama River east of Madrid. That was around the same time Franco moved to cut Madrid off from the rest of Republican Spain by circling around and taking the roads leading from the East.

Franco sent a force of 40,000 to accomplish this maneuver. To counter the Fascists, the Republicans sent in the International Brigades who had distinguished themselves in the defense of the capital. Among them was Oliver Law and his machine gunners. The Republican force was defeated, but Law’s performance was exemplary and he was elevated to section leader. Two weeks later, the machine gunners’ commander was killed in combat. Law was made commander of the machine guns.

Battalion commander Martin Hourihan wanted Law to attend an officer’s training school, but he soon fell ill. When Hourihan could not lead his men, Law was tapped to become temporary battalion commander. Before long, Hourihan was transferred permanently out of the Abraham Lincoln Brigade and Law became its official commander.

With Law in command, the Republicans went on the offensive at Brunete, where they tried to dislodge the Nationalist’s control of the Western approaches of Madrid. 80,000 Republicans advanced on the Fascists and made excellent progress. It was at Brunete that Law led the Abraham Lincoln Brigades into the fight, becoming the first Black soldier to lead integrated American soldiers into combat, something that would have been impossible in the U.S. military.

During the Battle of Brunete, Law was personally leading an attack up a hill called Mosquito Ridge, where he waved his men on. He was the first to mount the ridge, and was cut down by machine gun fire. In less than a year, he had gone from an unemployed activist to Republican soldier and commander, only to find his death in the fight against Fascism. Two years later, the Republican government would fall and Spain would be controlled by Franco for the next 35 years.