The reason General Patton is buried in Luxembourg 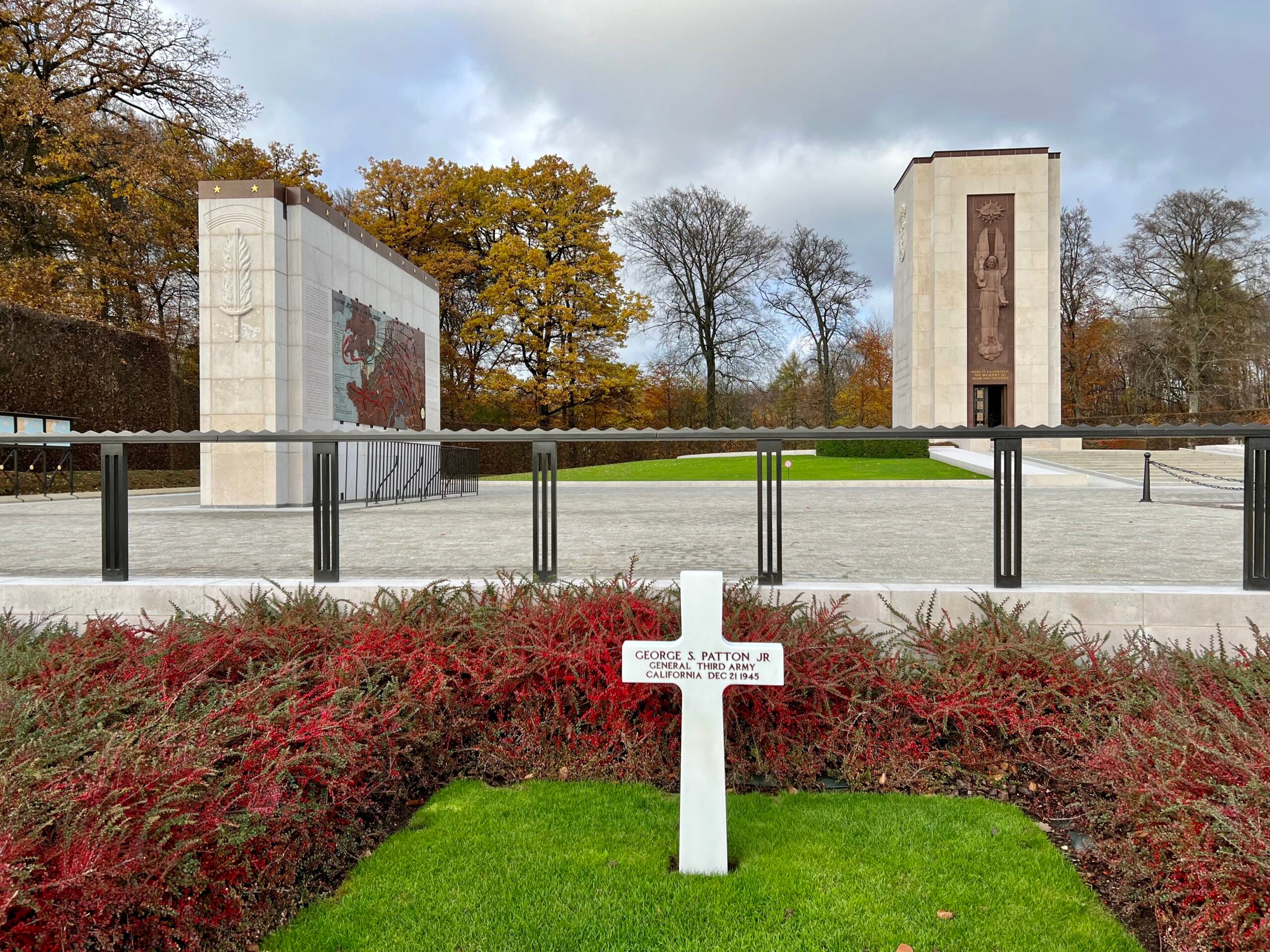 Arlington National Cemetery is the final resting place of notable WWII leaders including General Omar Bradley and Admiral William Halsey. While Major General George S. Patton IV is buried at Arlington, his famous father is not. In fact, he’s not even buried in the United States. After General George S. Patton Jr. died in Allied-occupied Germany in 1945, his body was transported to Luxembourg and buried there. The history of General Patton as a military leader is storied to say the least.

General Patton first saw combat during the Pancho Villa Expedition of 1916, the first U.S. military action to use motor vehicles. During WWI, Patton became one of the first American officers to gain experience commanding tanks. He leveraged these experiences during WWII commanding the 2nd Armored Division and, later, the Seventh and Third Armies.

Patton’s command was characterized by rapid advances and aggressive offensive action. While this leadership style was feared by his German adversaries, it caused Patton trouble with Allied command. In Sicily, he was relieved of command of the Seventh Army after he slapped and verbally abused two soldiers suffering from combat fatigue. It was only by the intervention of Generals Dwight D. Eisenhower and George C. Marshall, and his reputation as an aggressive combat leader, that Patton kept his stars.

Although he was sidelined for the invasion of Normandy, General Patton was given command of the Third Army in 1944. Under his leadership, they cleared the Brittany Peninsula and rolled across France. On August 31, 1944, the Third Army ran out of fuel when Allied command diverted resources to Field Marshal Bernard Montgomery’s forces for Operation Market Garden. Although this allowed German troops to stronghold the fortress city of Metz, Patton’s Third Army eventually captured the city by mid-November.

One of Patton’s most notable military actions came the next month, during the Battle of the Bulge. On December 16, 1944, the Germans launched a last-ditch counteroffensive across Belgium, Luxembourg, and northeast France. Meanwhile, the Third Army was engaged in heavy fighting near Saarbrücken, Germany. At an Allied Supreme Command conference, Eisenhower asked Patton how long it would take him to disengage his Third Army’s six divisions and begin a counterattack north to break through to the encircled 101st Airborne Division. Patton replied, “As soon as you’re through with me.”

To Eisenhower’s disbelief, Patton kept his word. Thanks to a prearranged operational order, General Patton began his counterattack in just 48 hours. Fighting was intense as the Third Army battled German forces in Luxembourg. But, on the December 26, lead elements of the Third Army’s 4th Armored Division broke through to the 101st Airborne at Bastogne. Patton later wrote that the breakthrough at Bastogne was “the most brilliant operation we have thus far performed, and it is in my opinion the outstanding achievement of the war. This is my biggest battle.”

On December 9, 1945, Patton was involved in a car crash in Germany and suffered a compression fracture and dislocation of the cervical third and fourth vertebrae that resulted in a broken neck and cervical spinal cord injury. Before he died 12 days later, Patton made it known that his wish was to be buried with his soldiers at the Luxembourg American Cemetery.

Patton died on December 21, 1945. His body was transported from Germany to the Third Army’s cemetery in Luxembourg. There, he was buried in the middle of a plot, the same as his troops. It was only later, after the large number of visitors caused damage to the cemetery grounds, that Patton’s grave was moved to the front of the grave plots. His wife, Beatrice, died on September 30, 1953. She was cremated and a portion of her ashes was scattered on her husband’s grave.

In 1951, the Grand Ducal government of Luxembourg granted the U.S. free use of the cemetery as a permanent burial ground in perpetuity without charge or taxation. Today, the Luxembourg American Cemetery and Memorial is administered by the American Battle Monument Commission. The graves area is the final resting place of 5,076 American military dead, including one female Army nurse. Additionally, two memorial pylons list the names of 371 American soldiers and airmen who remain missing in action. Inside the memorial is a chapel with a colorful mosaic ceiling. In front of the memorial and between the two flagpoles is Patton’s grave, overlooking the graves area where his soldiers are buried.