Here’s what you should know about the Inchon Landing Operation 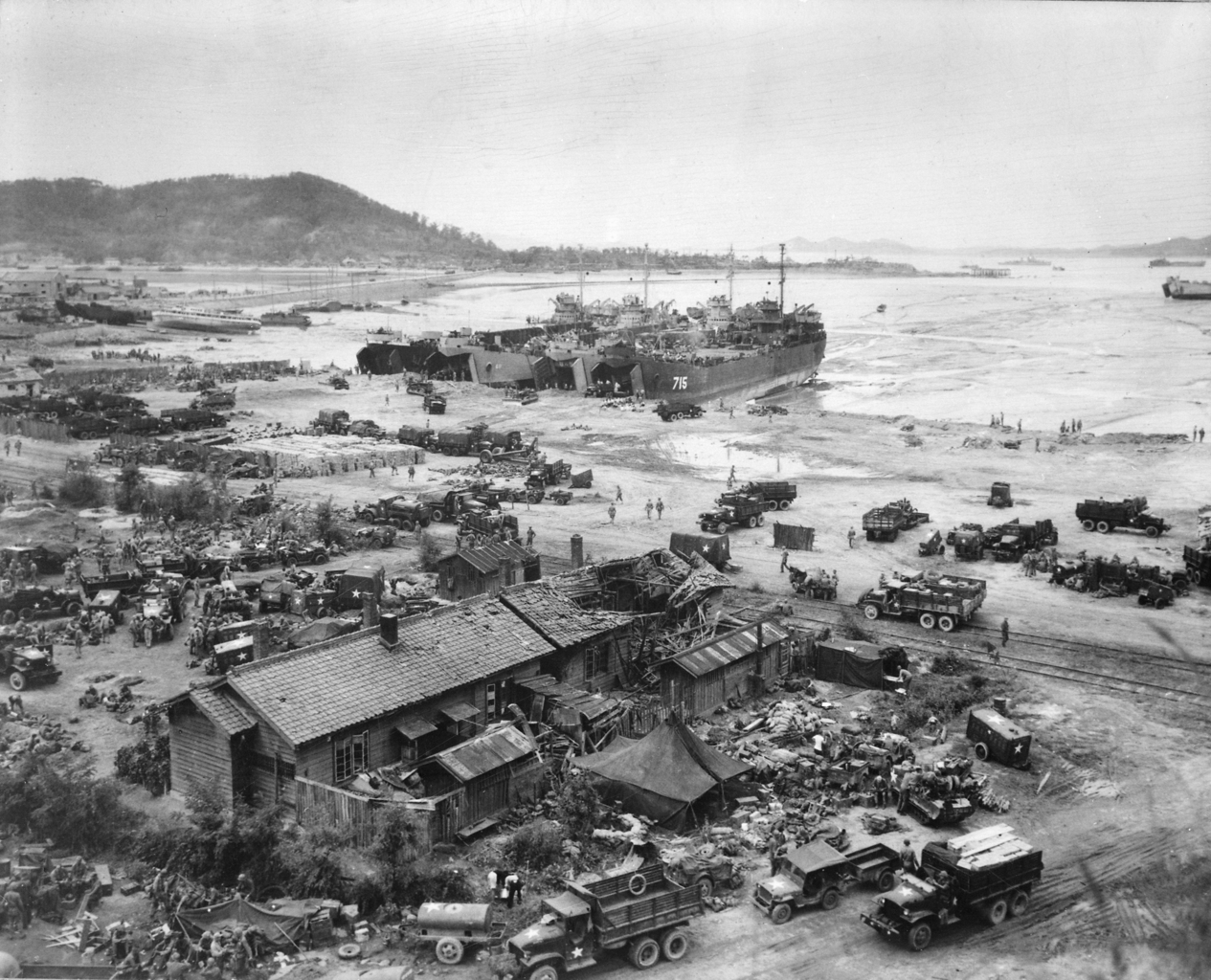 Four tank landing ships unload men and equipment on Red Beach one day after the amphibious landings on Inchon.

During the Korean War, the Inchon Landing Operation lasted from September 15 until September 26, 1950. Many consider this the “first major armed conflict” of the Cold War. The battle to take Seoul resulted in a decisive victory for the United Nations Command.

A primer on the Korean War

The Korean War lasted for three years, from June 25, 1950, until July 27, 1953. It was a conflict between the Democratic People’s Republic of Korea (North Korea) and the Republic of Korea (South Korea), in which at least 2.5 million persons lost their lives.

The war started because North Korea invaded the South using weapons provided by the Soviet Union. After Japan’s defeat in World War II, Soviet forces occupied North Korea. American troops occupied the South. The dividing line was the 38th Parallel. Initially, the plan was to reunite both halves of the country. However, the Soviet Union had other plans. The U.S.S.R. established a communist regime in their zone. The Republic of Korea established as a nation in 1948, but violence broke out two years later.

How did America get involved?

After WWII, American forces occupied South Korea. Then, the United Nations assumed control of the U.S.-controlled zone in 1947. Before the Soviet-backed invasion of South Korea, the American military worked to rebuild the country. Efforts focused on training a standing army, as well. When the U.N. Security Council called for member nations to defend the country, Gen. MacArthur took charge of the United Nations Command.

The North invaded the South in 1950, aided by the Soviets and the People’s Republic of China.

Aftereffects of the war

Both sides suffered more than one million combat casualties. Hundreds of thousands of Chinese soldiers died, as did more than 36,000 American service members.

The armed conflict in Korea was never technically a war because American forces were part of the United Nations Expeditionary Force. Because of this, there’s no official armistice. Negotiations in 1954 produced little. The front line of the war still stands as the boundary between the two countries.

The Inchon Landing Operation, led by U.S. and South Korean forces at the port of Inchon, near the South Korean capital, Seoul, is one of the most daring operations of the war.

The reason is that the landing reversed the combat climate of the war. It forced the invading North Korean army to retreat in disorder up the Korean peninsula. It’s also one of Gen. Douglas MacArthur’s most prominent achievements.

When the North invaded on June 25, 1950, North Korea’s Korean People’s Army (K.P.A.) pushed hard and fast down the peninsula. America’s 24th Division, sent over from the Eighth Army in Japan, was understaffed and undertrained to combat the K.P.A.

American and Korean service members did what they could for a few weeks until August, when MacArthur’s forces were restructured. This helped to slow the North Korean advance. Eventually, the K.P.A. stalled at the “Pusan Perimeter.” This is a combat line that followed the Naktong River. It helped protect the southern port of Pusan, a key port for reinforcements and supplies.

According to records, MacArthur decided that his forces would get one instead of the usual five to six months of planning needed for the Inchon Landing Operation water landing. This was to take advantage of the most accessible day that tides would be suitable for a landing.

At first, there was pushback from Washington. The Joint Chiefs of Staff worried that the landing would fail because of the situation at the Pusan Perimeter. They also worried that the plans could be done in time or that Inchon was the right place for an amphibious landing. The beachline had extreme tide variations, and the only approach to the port was through a narrow channel. Making it even more complicated was that the channel was blocked by a critical defense site, Wŏlmi Island. Adding to that, port facilities at Inchon probably wouldn’t support a significant operation.

But MacArthur was undeterred because he knew most of the K.P.A. was engaged at Pusan. That meant that Inchon was weakly defended, making it the ideal landing place. Plans continued, and the 1st Marine Division and 7th Infantry Division geared up. It’s important to note that both divisions were skeleton crews. America was still recovering from its WWII losses, and recruiting numbers were down. Coalition forces eventually included two South Korean marine battalions, an elite infantry regiment, Korean service members, and activated reserve service members. Collectively the force was the United Nations Command (U.N.C.). Internally, it was called X Corps, and the landing force became part of Joint Task Force 7.

First, the Navy unleashed firepower and aerial bombardment on Wŏlmi Island. Then, the Marines landed at Inchon on September 15. The K.P.A. counterattacked, but it wasn’t enough. The X Corps secured the Kimpo Airfield on September 18. Then, the 1st Marine Division placed three infantry regiments across the Han River. Seoul was captured with the help of an American infantry regiment and a South Korean regiment. Then, the 7th I.D. landed on September 18 and fanned out. The Marines took possession of Seoul on September 26. At the same time, the Eighth Army dashed north and met the 7th I.D. at Suwon. The K.P.A. shattered and ceased to be a cohesive force. Survivors escaped to the North, but more than 125,000 prisoners were captured.

Impact of the Inchon Landing Operation

Of course, this helped to illuminate the luster of Gen. MacArthur’s successful military career. However, it might’ve bolstered his confidence a little too much. A few days later, the Joint Chiefs of Staff authorized MacArthur to conduct ops north of the 38th Parallel. However, he failed to heed intel that indicated the presence of more than a quarter million Chinese soldiers. A month later, the Chinese army went head to head with the U.N.C., and the results weren’t ideal. As a result of the defeat, the Korean conflict became wider. Then, in April of the following year, MacArthur was relieved of his command. Want to know more about Gen. MacArthur? Check out these 8 amazing facts.

No nationally recognized event corresponds to this Korean conflict battle. Marine commands might highlight the efforts of the 1st Marine Divisions in briefs to their units. Additionally, local communities with still-living Korean War veterans might also hold events in observance of this military event.

However, the Korean War Veterans Memorial in Washington, D.C. honors all service members who gave their lives during this conflict. Find out more about the memorial here.

Further, the Inchon Landing Operation is considered to be the last unambiguous U.S. victory in a large-scale combat operation until 1991’s Operation Desert Storm.

National Monuments in Honor of the landing

The Memorial Hall for Inchon Landing Operation in Seoul is a memorial to the U.S. landing led by Gen. Douglas MacArthur, which led to Seoul’s liberation.

How long did the Korean War last?

Did Gen. MacArthur serve in WWII?

Why was the Inchon Landing Operation so strategically important?

The battle ended a string of K.P.A. victories. The South Korean capital of Seoul was also taken back from the communists.

Does America have a base in Korea?