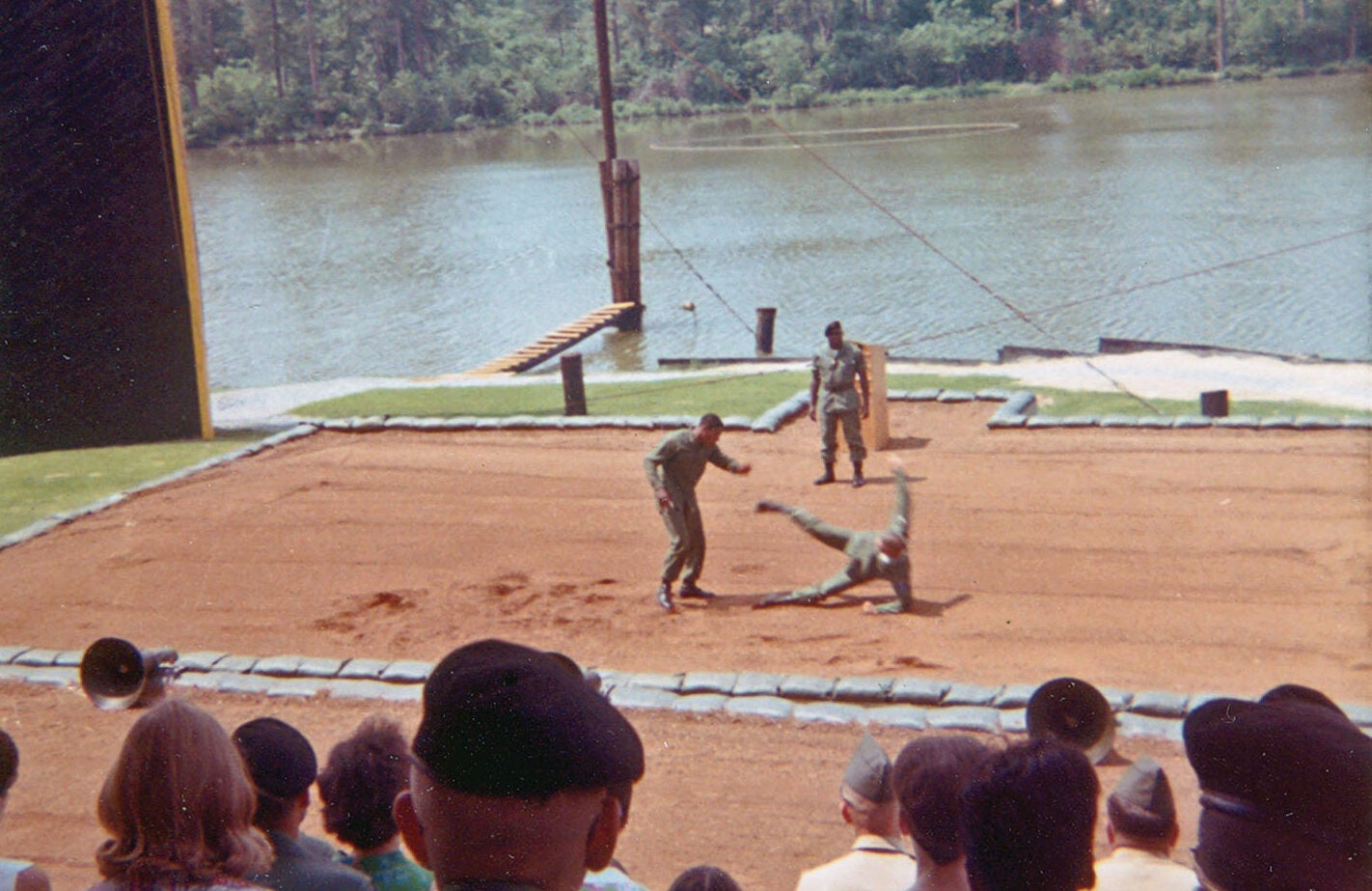 The war in Vietnam was fought very differently from World War II in many ways. The most troubling way for U.S. Army manpower was that it wasn’t being fought with entire divisions under the command of a senior officer. The brunt of the fighting was small unit combat, which meant field leadership came from platoon leaders, squad leaders, and leaders of fire teams including NCOs.

Rather than rotate out entire units, as the U.S. Army had done in previous wars, they sent individuals or groups of individuals to bolster the numbers of units who had sustained combat casualties. As those combat losses began to mount, the Army began to hurt in one key area: NCOs.

Anyone who has served will tell you that non-commissioned officers are the backbone of American fighting forces. The losses of so many NCOs combined with a limit of 12 months to Vietnam deployments and a mandatory stateside stay of 25 months after leaving Vietnam meant efforts to find men to fill the NCO ranks were coming up short.

Draftees wouldn’t cut it. The draft only conscripted men for two years, while making an NCO’s rank and experience normally took three to five years. Something had to be done to fill this critical role, and by 1967, it had to be done fast.

The answer was the Noncommissioned Officer Candidate Course (NOCC). The idea was that if the Army’s existing Officer Candidate School provided enough knowledge and training for men to lead soldiers into combat as lieutenants in just 23 weeks, then it could definitely do the same to create sergeants and staff sergeants in around the same amount of time.

Longtime Army NCOs would unofficially refer to the program as “Shake n’ Bake” sergeants, a nod to the store-bought chicken breading, introduced in 1965, that allowed cooks to prepare 2.5 pounds of seasoned fried chicken in a hurry. It was not meant to be a kind nickname, but it stuck.

The best part about the NOCC was that it allowed a soldier to go through basic training, and then advanced infantry training before attending the school. Afterward, there would still be enough time for the soldier to finish a 12-month tour in Vietnam before his draft enlistment ended.

Potential candidates for the “Shake n’ Bake” school were selected based on their basic infantry skills, leadership potential, and the amount of time they would have left after completing the course. The first class began in 1967, filled with mostly two-year draftees.

Instruction was divided into two parts. The first was a 12-week training program on infantry tactics. The second was an on-the-job training regimen that put NOCC candidates as assistants to Drill Sergeants in advanced infantry training programs designed for the war in Vietnam. Hands-on training included physical training, leadership, hand-to-hand combat, first aid, map reading and land nav, communications, and mortar training. Most of the instruction was done by those who already served in Vietnam or those who were Army Rangers.

Next, the candidates moved on to team tactics at all levels, fire team squadron, and platoon. They learned defensive tactics, camouflage, demolition and how to interact with fire support from both artillery and air.

Finally, they put this knowledge into action in a program similar to the Ranger course. They patrolled the way they would in Vietnam, setting up ambushes, defensive perimeters, aerial resupply and counter-guerrilla operations. Mid-way through the course, they were promoted to corporal and upon graduation were promoted to sergeant. The top 5% of the class were promoted to staff sergeant.

Most graduates were sent to Vietnam, but not all of them. For the Army, it solved the NCO shortage and the graduates performed well in combat. By 1972, however, the need was diminished and school shuttered. Of the 33,000 Shake n’ Bake NCOs that graduated from the course, 1,118 graduates were killed in action, five are missing in action and four were posthumous Medal of Honor recipients.