The highest-ranking Filipino American was in the Army, not the Navy - We Are The Mighty

The highest-ranking Filipino American was in the Army, not the Navy 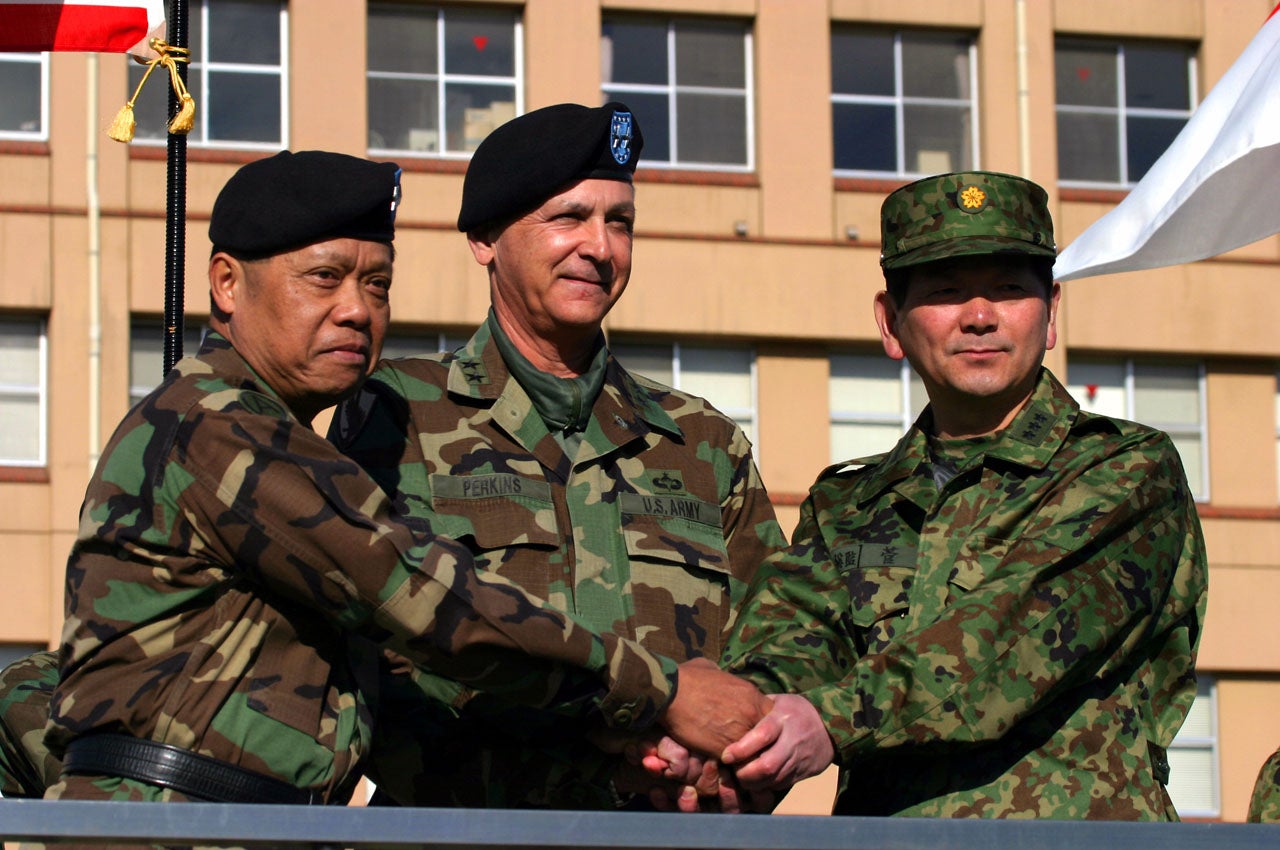 America has had a close relationship with the Philippines since it acquired the island nation following the Spanish-American War. Many Filipinos joined native units in U.S. military and served alongside regular soldiers from the states during when the Japanese invaded in 1941. After the war, the 1947 Military Bases Agreement allowed Filipinos to enlist directly into the U.S. military. The majority of enlistees joined the U.S. Navy. As a result, future generations of Filipino Americans predominantly joined the Navy as well. In fact, Filipino cuisine Filipino cuisine is often served as a specialty meal in Navy galleys. However, the highest-ranking Filipino American in the U.S. military was not a sailor, but a soldier.

Not only is Lt. Gen. Edward Soriano the first Filipino American to become a general officer, but he also retains the record for achieving the highest rank. He was born in Alacala, Pangasinan in the Philippines in 1946, His father served as a corporal in the U.S. 57th Infantry Regiment. Part of the Philippine Scouts, the elder Soriano fought against the Japanese invasion until the American surrender at Bataan. He survived the Bataan Death March and the subsequent torture as a Japanese captive. He later served during the Korean War where he became a POW again. During this time, the younger Soriano moved with the rest of the family to Guam. The elder Soriano eventually retired from the Army as a major.

In the 1960s, the Sorianos moved from Guam to Salinas, California. Inspired by his father’s service in WWII and Korea, Soriano attended San Jose State University and commissioned through Army ROTC as an infantry officer in 1970. “I thought what me father was doing was good. He was a great example for me,” Soriano said. “He was probably the reason I joined the military.” Soriano graduated from the Infantry Officer Basic Course and completed his platoon leader time in the 82nd Airborne Division at Fort Bragg. He then commanded companies in the 2nd Infantry Division in Korea, the 9th Infantry Division at Fort Lewis, and the 8th Infantry Division in Germany.

Following his tour in Europe, Soriano attended the United States Army Command and General Staff College and subsequently completed a tour at The Pentagon. Afterwards, he took command of a battalion in the 2nd Armored Division at Fort Hood. Soriano attended the United States Army War College and completed another tour at The Pentagon.

In 1992, Soriano took command of the 1st Brigade, 4th Infantry Division at Fort Carson. After changing out of command, he returned to Germany and deployed to Bosnia as part of the Operation Joint Endeavor peacekeeping mission. Soriano then completed another tour at The Pentagon, this time as Director, Officer Personnel Management. From 1999-2001, he returned to Fort Carson and commanded the 7th Infantry Division. He then served as Director of Homeland Security for the United States Joint Forces Command, the predecessor to Northern Command.

Soriano’s last command was of I Corps and Fort Lewis in 2002. During his command, the 2nd Infantry Division completed the first deployment of the M1126 Stryker. He also ordered the court-martial of Ryan G. Anderson, the former Washington National Guardsman who was convicted of attempting to provide aid to al-Qaeda. On March 1, 2005, Soriano retired from active duty as a Lt. Gen.

Following his retirement, Soriano worked for Northrop Grumman as the Director of Training and Exercises for Homeland Security and Joint Forces Support. He remains active with the military community around Fort Carson and serves as a proponent for recognizing Filipino Veterans of WWII and their families.