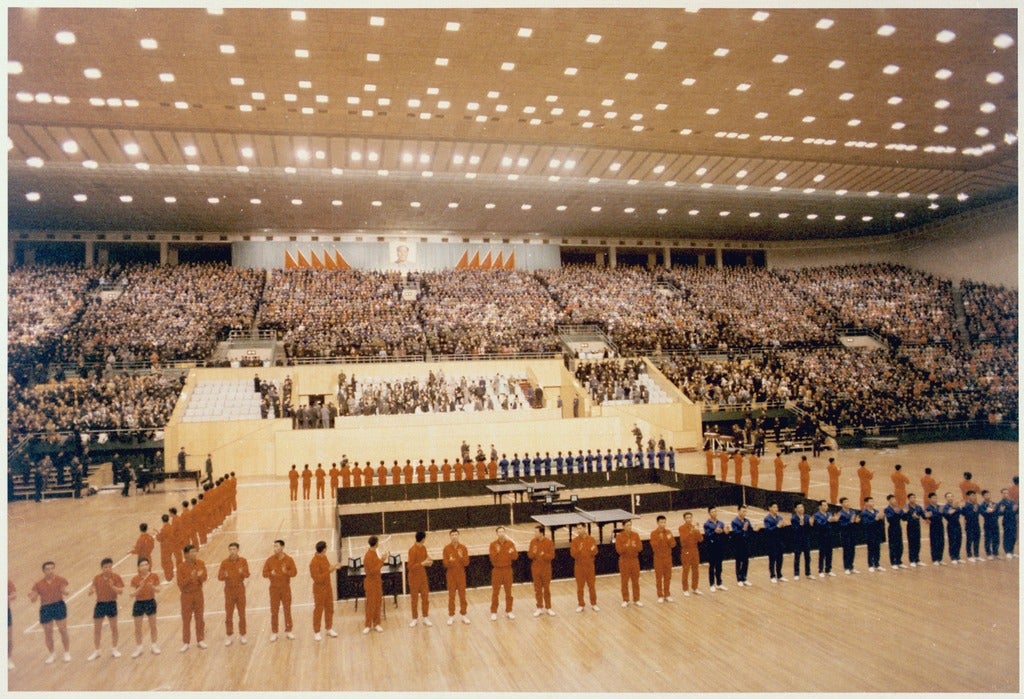 To better understand ping-pong diplomacy and its impact, it is vital to briefly analyze the historical context of Sino-American relations. In order to better understand how we got to the point where table tennis affected the lives of millions of people, one must remember the internal struggles of China at the time. The conflict became worse during the second world war and ended with the communists as victors in 1949. Since the nationalist government was defeated, they had to seek refuge in Taiwan. This resulted in two Chinese states that questioned each other’s legitimacy.

Communist China managed the entire mainland and the more significant part of the population while the nationalist government took the abandoned Chinese gold reserves. To make matters worse, it saw itself as the heir to China’s sovereignty. The international reaction to the matter of official recognition of Chinese states was affected by this mindset. Western countries recognized Taiwan, whereas Communist countries developed tight ties with the PRC. Over time, the PRC-Soviet Bloc partnership began to erode.

Chinese attendance in the 31st World Championships in table tennis, contested in Nagoya, Japan, in 1971, paved the way for ping-pong diplomacy. Due to the known conflict with Taiwan, the PRC was not part of most international sports federations as it withdrew in 1958. Nonetheless, China still had a membership in the International Table Tennis Federation and was set to participate in the championships that led to ping-pong diplomacy.

The Chinese leadership did not agree with the idea of letting their team participate in the championships, but they did regardless. When the games were over, a send-off ceremony was held, and Prime Minister Enlai asked the participants to be friendly with each other regardless of the competition’s outcome. Several instructions were given by the government stating how to make contact with the Americans. Chinese participants, for example, were not allowed to welcome or exchange flags beforehand. These events exemplified China’s leadership’s instrumental stance toward the sport. The policy limiting connections with Americans could indicate that China lacked a diplomatic framework for ping-pong diplomacy at the time or that it was concealing its actual goals.

Despite the strict instructions given about contact with the Americans, Chinese world champion Zhuang Zedong conversed with a participant from the American team, Glenn Cowan. Glenn was left by his team’s bus, so he rode on the Chinese team bus. The two men were also seen exchanging gifts. This was an ideal chance to speak with Americans face to face, even though unplanned. The American team was offered an all-expense tour in China, and arrangements for tournaments between the two teams were made. Like before, an issue arose among the Chinese leaders concerning the invitation, but it went on regardless.

Ping-Pong diplomacy activities had been hailed as a huge diplomatic triumph and a significant move toward complete reconciliation. Many countries have used positive sports diplomacy in the past, which has always resulted in improved ties. Ping-Pong diplomacy’s effectiveness significantly impacted both China and the United States. Following this, China began to use sport for political purposes, encouraging athletes to lose on purpose to strengthen foreign friendships.

Additionally, the diplomatic move allowed for better economic relations between the rival countries since there was a common will for change. While various state affairs were making it difficult to maintain the friendliness between Americans and the Chinese, trade became more successful from the act, and both countries benefited. However, the Taiwan situation made everything complicated and still does to date. Were it not for the Ping-Pong diplomacy, none of the benefits of it would have helped the Chinese both economically and politically.