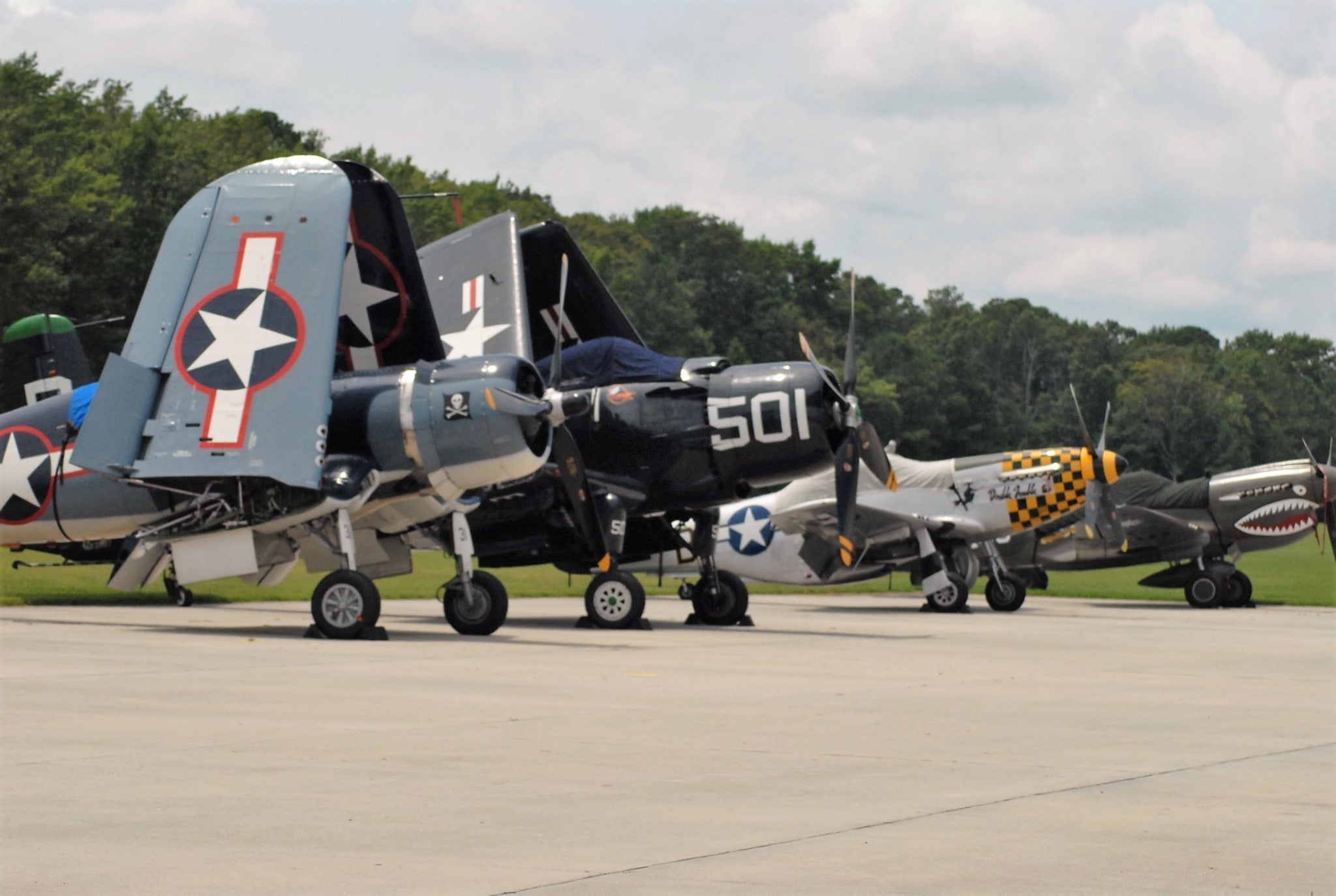 These days, the U.S. military only trusts its best pilots behind the stick of its most advanced aircraft. In the days of World War II, that just wasn’t the case. The United States would build 300,000 airplanes over the course of the war, and it needed pilots and crewmen to test and transport them as well as fly them into combat.

Many of the men recruited and trained to test and fly those aircraft died before they ever reached a war zone. Some 15,000 crewmen died inside the United States in training mishaps. That might be a drop in the bucket compared to the larger number of men who died in World War II, but it’s still a staggering statistic.

The decades before World War II saw nearly magical leaps in aviation advancement. The Wright Brothers first flew their heavier-than-air aircraft in 1903. Fifteen years later, during the First World War, aircraft were far from perfect, still made of wood and canvas, and were largely ineffectual on the war’s outcome. In the interwar years, airplanes became better armed, made of metal, and flew into combat with an entirely new doctrine and strategy.

By the time the United States entered World War II, it was a devastating naval air bombardment that pushed it into war, the Japanese attack on Pearl Harbor. Combat aviation had advanced by leaps and bounds, but aviation and the technology around it was still very young. Most Americans had never been aboard an aircraft and learning to fly a plane was a skill that was out of reach for all but a select few before World War II.

When it became clear that war was coming to the United States, war production boomed. To meet the demand for new aircraft, companies who had never produced aircraft before began retooling their lines to create airplanes, engines, and aviation-related equipment. They were building untested parts for new aircraft designs that had never been properly tested themselves.

This meant that airframes like the P-75 Eagle, Brewster F2A Buffalo, nicknamed the “Flying Coffin” by the Marine aviators who flew them, and the B-24 Liberator Bomber. The B-24 was supposed to be an advancement on the capabilities of the B-17, but never lived up to they hype. Instead, the B-24 also earned the nickname “flying coffin” because it was extremely susceptible to enemy flak – if they made it to the combat theater at all.

With all these new aircraft coming off the assembly lines, the U.S. military rushed to find pilots and aircrews to man them. Hundreds of thousands of troops were sent to various training programs around the country. Hundreds of thousands of airmen also flunked the training or died before completing training. 52,173 airmen died in combat during World War II, but 25,844 airmen died as a result of training accidents, with more than half of those occurring inside the United States. Errors took down more aircraft than any enemy plane of flak gun.

When it comes to aviation standards, the sheer number of those lost in training on unproven aircraft or due to inexperience during World War II should be a stark reminder of why the standards are in place and why America demands on the best step into the cockpit of its most advanced aircraft.