The complete Vandenberg Space Force Base guide - We Are The Mighty 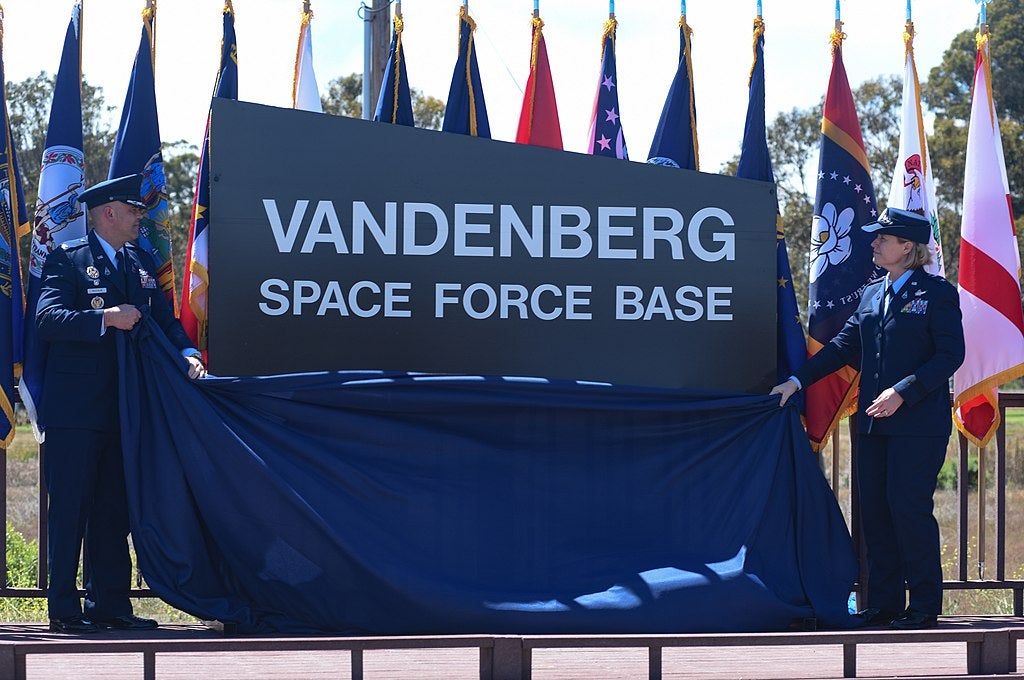 PCSing to Vandenberg SFB but don’t know where to start? This intensive base guide will help answer all of your questions. For example, is this an Air Force installation or is it home to Space Force? Hint: It used to be Vandenberg AFB but these days it’s home to Space Force units! Space Force has had plenty of ups and downs over the last year, which is why Vandenberg’s rebranding is such a big deal. Plenty of important things happen here. In fact, VSFB is responsible for launching spacecraft and performing missile testing. Moreover, the Space Force’s Space Launch Delta 30 is the host of the installation. In addition, Vandenberg also performs space launches for NASA and SpaceX, among others.

No matter if you’re calling it Vandenberg AFB or SFB, you’re sure to have plenty of questions about the weather (it’s amazing!) and the housing (also great!) and even about the size of the base. Spoiler: it’s pretty huge! For now, settle in and learn all you can about your soon to be home. Our bet is you’re going to love it!

You can reach VSFB using these routes:

Driving from the south? Use Hwy 101 N to Hwy 246 W towards Lompoc, take Purisima Road to CA-1 N to the VSFB Santa Maria Gate

Santa Maria Airport (13.5 miles): served solely by Allegiant Airlines and one route – to and from Las Vegas, NV.

Driving means you’ll have a car to easily access the beach. Of course, if you’re driving across the country, prepare for a long ride.

The mission of Space Launch Delta 30 is to provide robust, relevant and efficient range and spaceport capabilities for the nation.

There are so many units at Vandenberg. These include the Space Operations Command, Space Training and Readiness Command (STARCOM) / Space Delta 1, and the Office of Special Investigations – Detachment 804.

As if that weren’t enough, VSFB is home to the Space and Missile Heritage Center. The mission of the SMHC is to preserve and display all things relating to the evolution of the missle. That means the SMHC houses amazing history, including the evolution of space-lift activities on the installation. Take a walk through and learn about Vandenberg SFB from the beginning of the Cold War through today.

Established initially as Camp Cooke in August 1941, this installation has seen it all. At its start, it was a training center for Army tank, infantry, and training during World War II. Plenty of service members trained here for the Korean War, too. After the Korean War ended, the Air Force took control of the installation. and the Korean War.

A year later, the AF had another idea and the installation got another makeover. Welcome to the world, Vandenberg AFB!

Just another year after that, the world got space happy. So, the AF did what they do best and started innovating. In fact, the world’s first polar earth-orbiting satellite, the Discoverer 1, was launched from Complex-1. This launched used a two-stage Thor/Agena missile to get airborne. Imagine that kind of tech all the way back in 1959!

Lots of other exciting things happened at Vandenberg. For example, did you know that the first GPS got its start at Vandenberg? It’s true! The GPS got its first push into space from the Space Launch Complex-3E in February 1978.

Vandenberg AFB was renamed Vandenberg Space Force Base in May 2021. Then, in September 2021, Vandenberg SFB launched LANDSAT 9 from Space Launch Complex-3E, which was VSFB’s 2,000th launch.

Things to Do Around Vandenberg SFB

Check out Taqueria La Mission for delicious Mexican food. Or, head on over to the Valle Eatery and Bar for typical American fare and rest easy knowing the meals are sourced from local ingredients. If you really want to support the community, book at table at La Botte Italian Restaurant. It’s – wait for it – Italian food is delicious and the eatery is family owned!

Beaches (Note that a portion of all beaches close to accommodate the nesting season of the Western Snowy Plover, an endangered bird species):

The Space and Missile Heritage Center is located at Space Launch Complex-10. Equally important to note is that it’s open! But you’ll need to schedule an appointment to tour the facilities. Call the PAO office for more info. Of course, you’ll find exhibits like the “Chronology of the Cold War.” But you’ll also find a really neat exhibit about the evolution of tech. This exhibit includes interactive launch consoles. So be sure to bring the kids when you visit!

Like most installations, Vandenberg offers different housing options, depending on you and your family’s needs. The Military Housing Office is your one-stop-shop for all housing-related questions. Call them as soon as you get orders to begin the housing search as early as possible.

A gated community is available for Airmen families living on base. These properties are managed by Balfour Beatty Communities, a private military housing provider. Some homes are also available to retirees and DoD civilians, depending on the needs of the Air Force. The base features seven neighborhoods with two-, three-, and four-bedroom floor plans. All come with equipped kitchens. Of course, all neighborhoods are available to all ranks – officer and enlisted. However, some units within neighborhoods might only be available to certain ranks.

Schools Near Vandenberg Space Force Base

Questions about schools near Vandenberg? Here’s all you need to know. The Lompoc Unified School District manages most of the schools in the area. The district offers schools for kids of all ages, so rest assured your mil-kid is covered. Private schools are also in the area, too.

How far is Vandenberg SFB from San Diego?

Vandenberg SFB is 282 miles from San Diego, CA (302 if you drive through Los Angeles instead of along the coast). It is approximately a 5-hour drive. The Santa Barbara Airport (65.4 miles) offers flights to San Diego.

How far is Vandenberg SFB from Santa Barbara?

Expect about a 64 mile distance from VSFB to Santa Barbara. Furthermore, it’s about a 70-minute drive. That is, if you’re following the speed limits.

What county is Vandenberg SFB in?

VSFB is located in Santa Barbara County in California. The largest city in the county is Santa Maria, just 19.4 miles from the installation

Is Vandenberg SFB open to the public?

Like most military installations, VSFB is open to the public. Guests wishing to take a tour must send identification information for each member of your party to the SLD 30 Community Engagement department at least 15 days in advance of the tour. Call (805) 606-3595 for more information.

(*Note: Vandenberg is currently closed to all tours due to local and on-base COVID-19 restrictions.)