Famous comedians that served their country - We Are The Mighty

Famous comedians who served their country 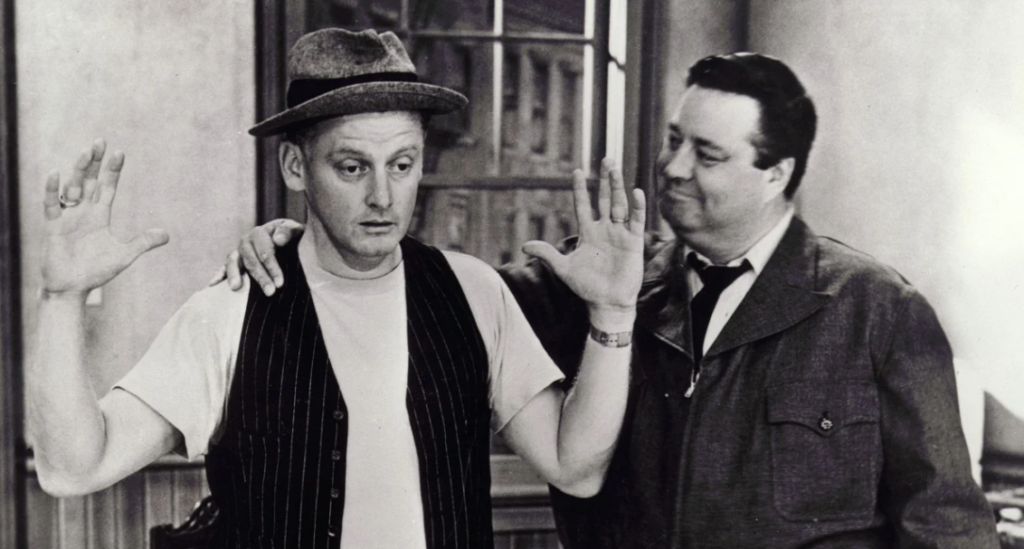 Comedians have made an impact on cultures in many different ways for thousands of years through the stage: a king’s court as a jester, a circus clown, and in the past 100+ years through stand-up acts, movies, plays and even musicals. Many times these funny professionals bring with them a special flair likely developed under stressful circumstances, other times it was a natural gift or honed through much practice. The comedians on this list share one thing in common, they are all military veterans who served their country. Sit back and enjoy the ride.

Here are several famous comedians who served their country

Mel Brooks is a timeless and hilarious comedian, filmmaker and actor with a career that spans seven decades. He began his career with Sid Caesar’s variety show. He worked alongside many famous creatives such as Woody Allen, Neil Simon, Carl Reiner and Buck Henry. He was co-creator of the tv show spy spoof Get Smart and movies such as The Producers, Blazing Saddles, Spaceballs and Robin Hood: Men in Tights. Brooks has won an Emmy, a Grammy, Oscar and a Tony, making him an EGOT.

His movies are highly quotable and re-watchable time and time again. He served in US Army during World War II and was with the 78th Infantry Division as a forward artillery observer in Belgium during the war. He was later part of the 1104th Engineer Combat Battalion as a combat engineer and took part in the Battle of the Bulge. Brooks also served as a comic with the Special Services touring Army bases in Europe. He left the military as a corporal in 1946.

Sid Caesar’s career as an actor, writer and comedian lasted 60 years, which began in the mid-1940s. He had his own shows, like Your Show of Shows and Caesar’s Hour. He acted in Grease 2, Silent Movie, Cannonball Run II and Vegas Vacation. He influenced such comedians as Mel Brooks, Neil Simon, Larry Gelbart, Carl Reiner, Selma Diamond and Woody Allen. Caesar was more of a sketch comic and actor, than a traditional stand-up comedian.

He was referred to as “television’s Charlie Chaplin” and the “comedian of comedians from TV’s early days.” He served in the U.S. Coast Guard, actually enlisting in 1940 before World War II, and was stationed in Brooklyn. He served through 1945 and did military revues and shows. Post-service, he moved to Hollywood and hit the silver screen in 1946 in Tars and Spars. He was active in entertainment up until 2005.

Benny Hill’s show ran from 1955 to 1989 in England and was known for its slapstick comedy routine. He was a high-level figure in British television for several decades and his show is one of the most watched of all time in Great Britain. He did act in some feature films outside of his show which includes Who Done it?, Chitty Chitty Bang Bang and The Italian Job. Hill served in the British Army during World War II after being called to service in 1942 with the Royal Electrical and Mechanical Engineers as a mechanic, truck driver and searchlight operator in Normandy.

Jack Benny was another influential comedian and entertainer of the 20th century. He in many ways revolutionized comedy, especially once it made its way to television. His radio and TV programs were popular with audiences across the globe from 1932 until his passing in 1974. His comic genius relied on his ability to get laughs from a single expression or a long pause and his bad violin playing. Benny broke barriers in 1937 by hiring Eddie “Rochester” Anderson, an African American actor and comedian, for The Jack Benny Program.

Anderson became the first African American to have a regular role on a nationwide radio program. Long before Benny became a comedic icon he served in the U.S. Navy during World War I. He was known to entertain fellow sailors with his violin and jokes. His film works include a possible uncredited role in Casablanca, Daffy Duck and the Dinosaur, and It’s a Mad, Mad, Mad, Mad World.

Art Carney’s career in show business lasted from 1939 until his retirement in 1993. He earned an Oscar, a Golden Globe and six Primetime Emmy Awards and is best known for playing Ed Norton on The Honeymooners alongside the great one, Jackie Gleason. He acted in many films as well including The Late Show, Firestarter, The Muppets Take Manhattan and Last Action Hero. Carney’s career really took flight in radio and he was a comic singer in the 1930s.

He was drafted into the US Army in 1943 and served as an infantryman and machine gun crewman during World War II. He serve in the Battle of Normandy in the 28th Infantry Division and was wounded in the leg by shrapnel. Carney walked with a limp for the rest of his life. The injury also cause his right leg to be shorter than his left by 3/4 of an inch for the rest of his life. He was awarded a Purple Heart, American Campaign Medal, the European-African-Middle Eastern Campaign Medal and the World War II Victory Medal. Carney left the service as a private in 1945.